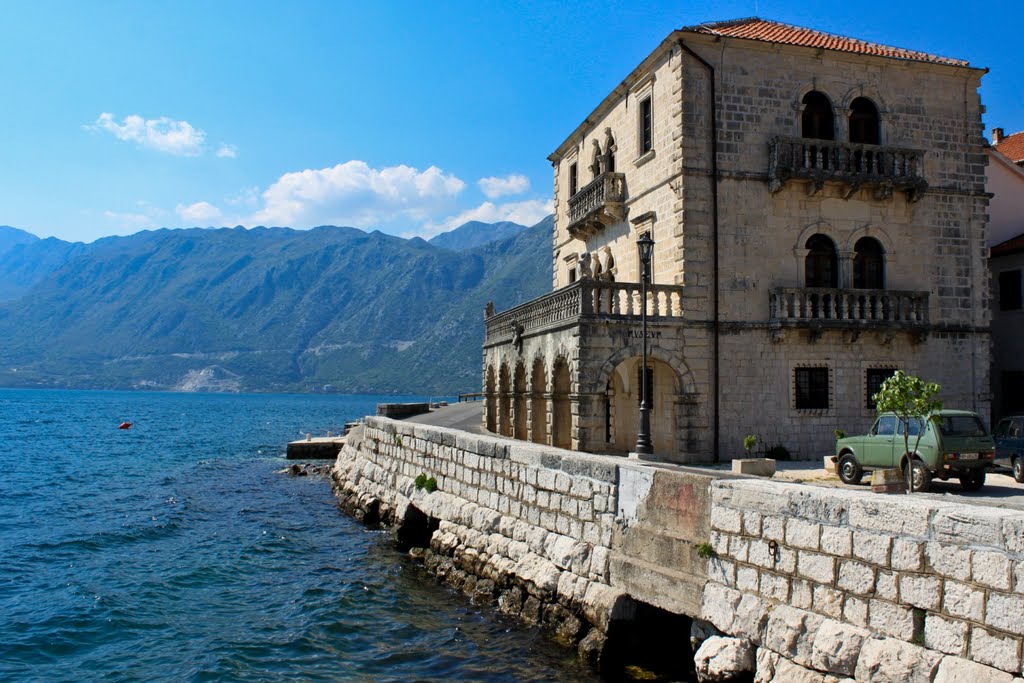 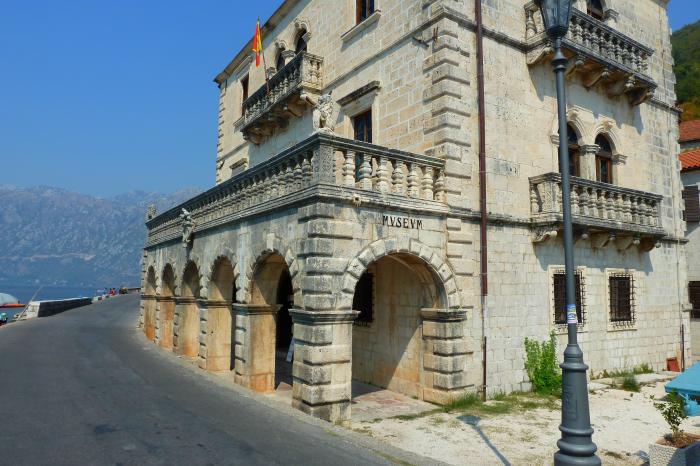 The Perast Museum (see picture above) relied on donations and collections from ordinary citizens during the 2nd half of the 19th century and the early 20th century. Initially the items were stored in various locations until it was decided to assemble them all in one place. Today this museum depicts life in Perast as it was from the 15th to the 20th centuries with special emphasis on the 17th and 18th centuries when Perast was the most prosperous. Here you can see portraits, coats of arms, flags, pictures, jewelry, porcelain, medals and much more. See the Western influence on the clothing of the people of Perast in the portraits of the richly dressed citizens. You can also see their lounges, mirrors, and a variety of furniture pieces. 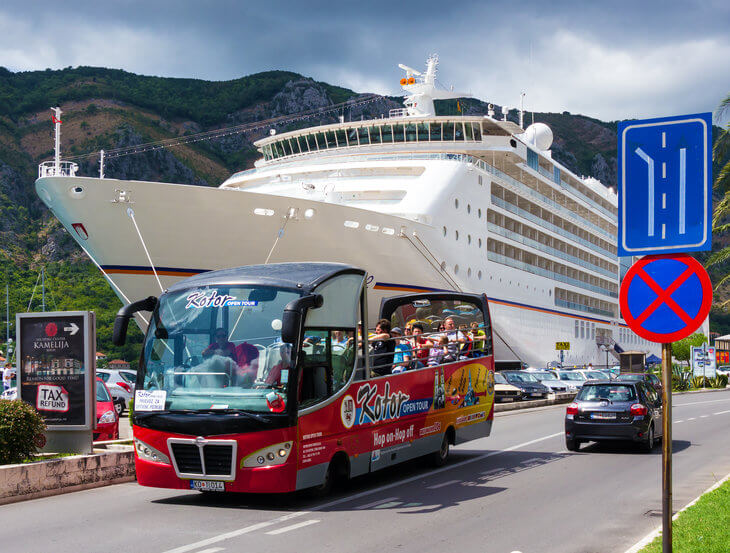 Kotor has an open hop-on and hop-off tour bus. This bus drives along the road to the next largest coastal town, Perast. From this bus you will see the crystal clear waters of the bay or the early morning mist that might still be lingering over it. You’ll also notice the buoys of several fish farms that is located along this beautiful scenic route.  There is also a tour guide that will tell you more about the area and its history. The bus often stops along the route to allow you to walk around and explore on your own.  It’s well worth the trip. 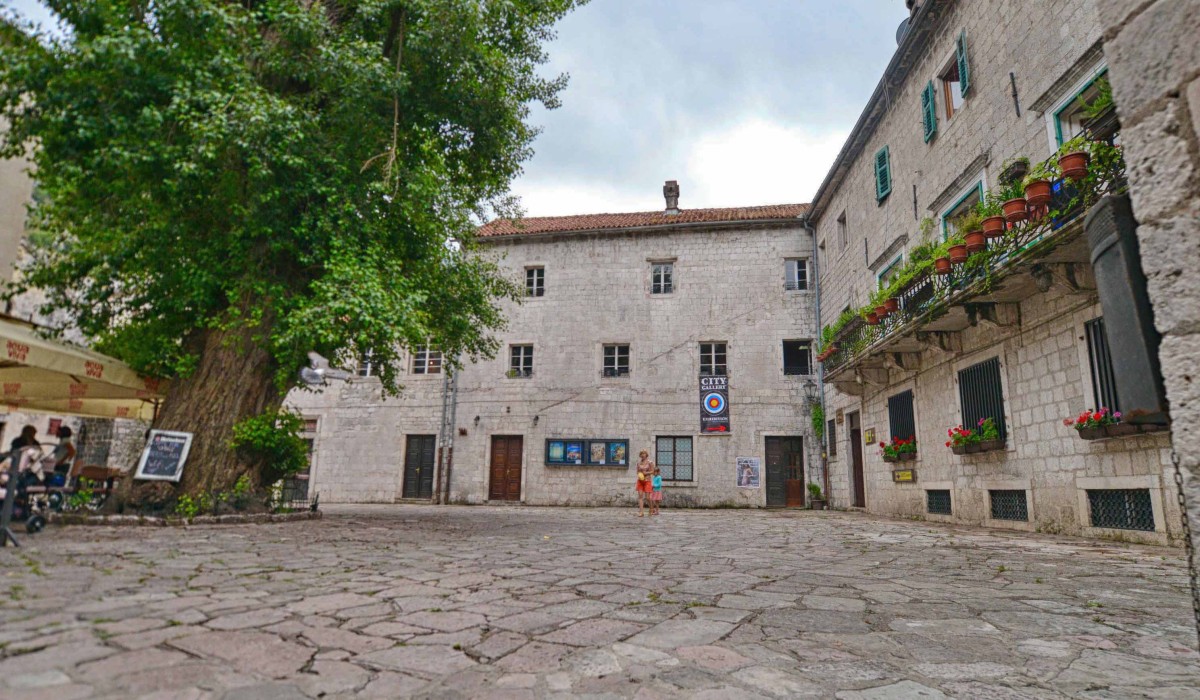 This center consists of a theater, a city gallery a cinema (cinema Boka) and a city library.  The cinema and the library are located inside the former church of Our Lady of the Angels. This is the place to view cultural and artistic theatre performances, literary events, art exhibitions, traditional and cultural events. There are also cinematic performances and ongoing library activities. 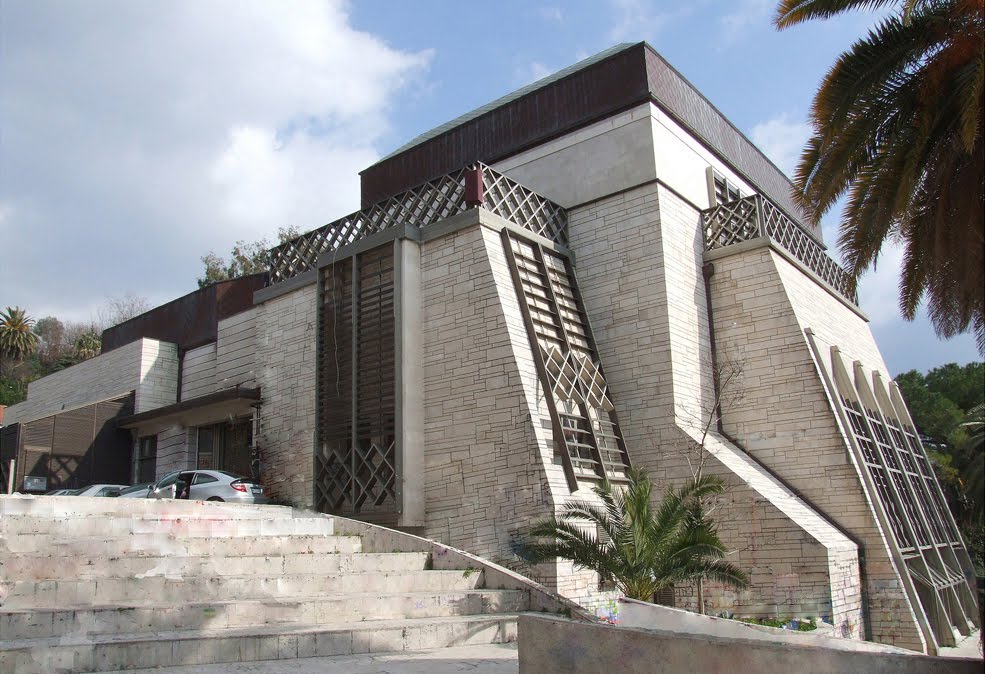 Hall Park is multi-functional building that is suitable for theatre, cinema, live performances, conferences, symposiums and similar events.  The foyer is also used as an exhibition space and even chamber performances and classical music concerts can be held there. The amphitheater of the Herceg Novi Theater is located nearby and during summer performances and film screenings of the Herceg-Novi-Montenegro film festival can be seen here. 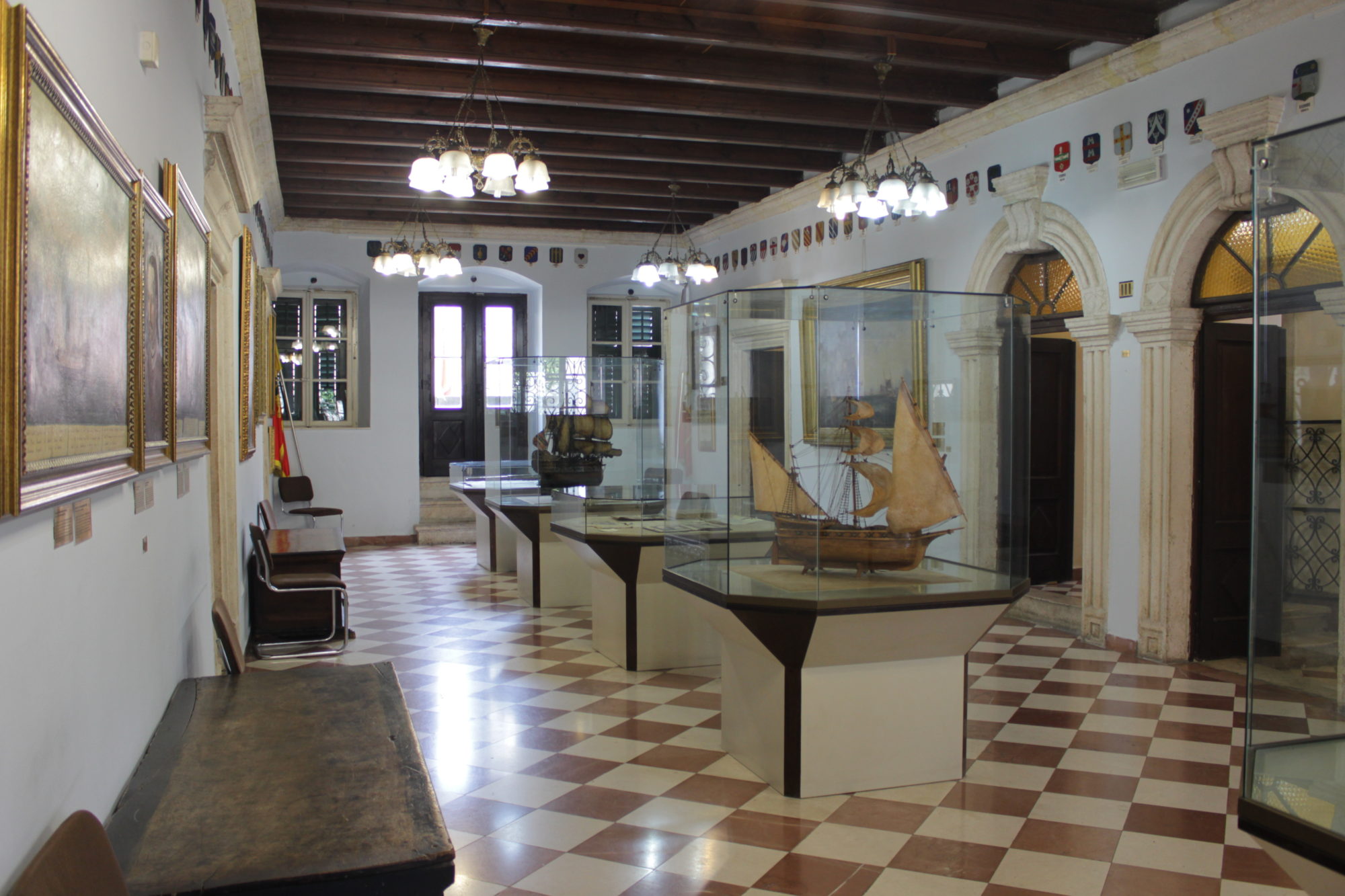 In this museum you can view models of ships dating back to the 16th – 18th centuries as well as items from the start of Montenegro’s maritime affairs, the Boka marine (The Bay of Kotor Marine). There’s photos and insignias, artistic pictures, photographs and models of ships. But this museum caters for more than the maritime enthusiasts. There’s also an exhibition of old weapons, of Montenegro’s past cultural traditions and the drawing rooms of famous families.

The Gallery, Velimir A.Leković was established in 1976 and named after a well-known and recognizable artist from Bar, Veliša Leković. Currently you can view individual and collective exhibitions of contemporary academic artists in its 2 exhibition spaces of 300m².  However, a renewal of the gallery space is planned for the near future.  This gallery is located in beautiful surroundings and is part of the historical cultural center that also includes the House of Culture, the National Library and a Local History Museum. 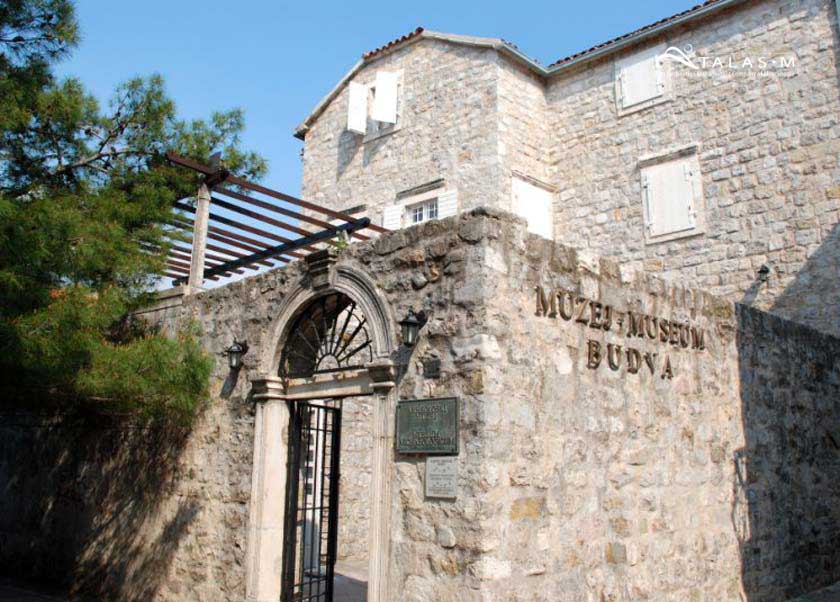 The Budva City Museum is in the old town in a building that dates back to the early 19th century. This museum has over 1200 archaeological items and over 450 ethnographic items as well as stone monuments and stone sculptures.  The archaeological collection consists of items found during archaeological excavations in Budva such as Hellenistic gold, various vases, jewelry, ornaments, tools, cutlery, glassware, clay, silverware etc. that originates from the 5th century BC to the middle ages. There is even a unique and valuable brooch that shows an eagle with a boy in its claws that is associated with the myth of Zeus and Ganymede.  These fascinating collections are all from the Greeks, Illyrians, Romans, Byzantines and Slavs that were in this area.

This museum concentrates on preserving artifacts found in Risan during excavations with special emphasis on mosaic tiles. Excavations were conducted on land and water resulting in the discovery of several thousand objects. Risan was under Roman occupation from the 1st to the 4th Century AD and these mosaics date back to the Roman times. A 790m² building with 5 rooms decorated with mosaics was discovered and has been preserved and restored. 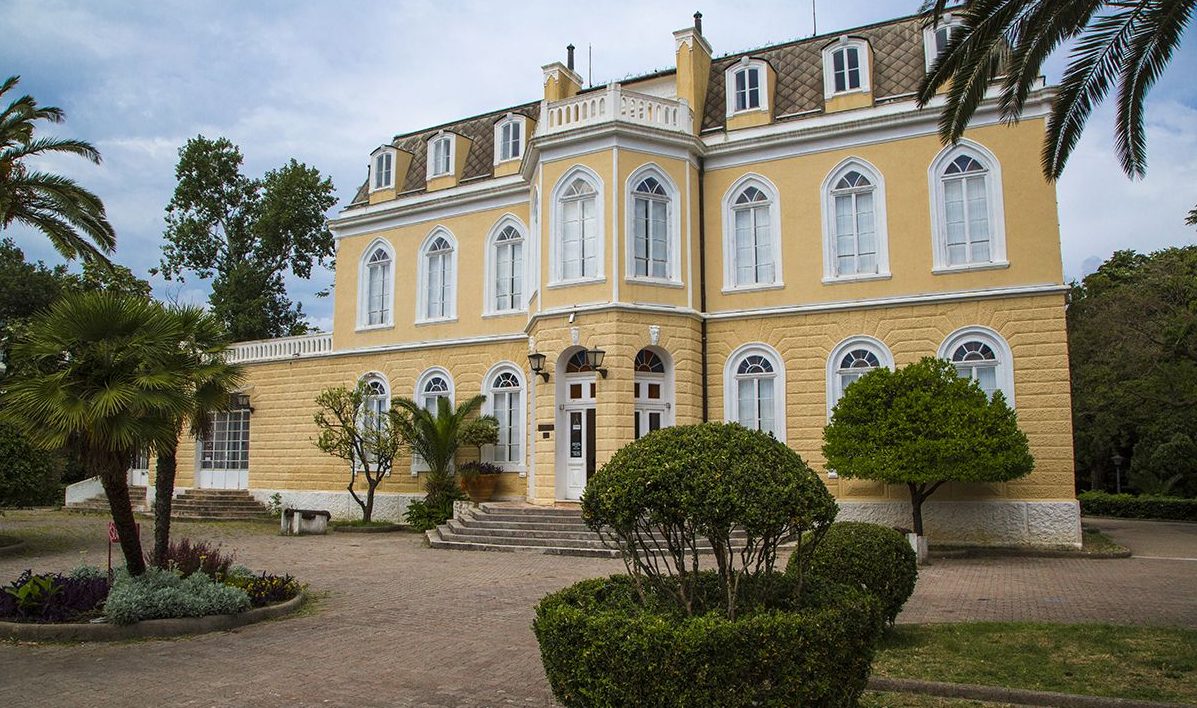 This JP Cultural Centre comprises several buildings that include the following:

This is the place to visit for research, information, galleries as well as cultural and artistic programs. Special cultural events, exhibitions and literary evenings are held here. Here you will also find art, film, theater, literary and music programs. 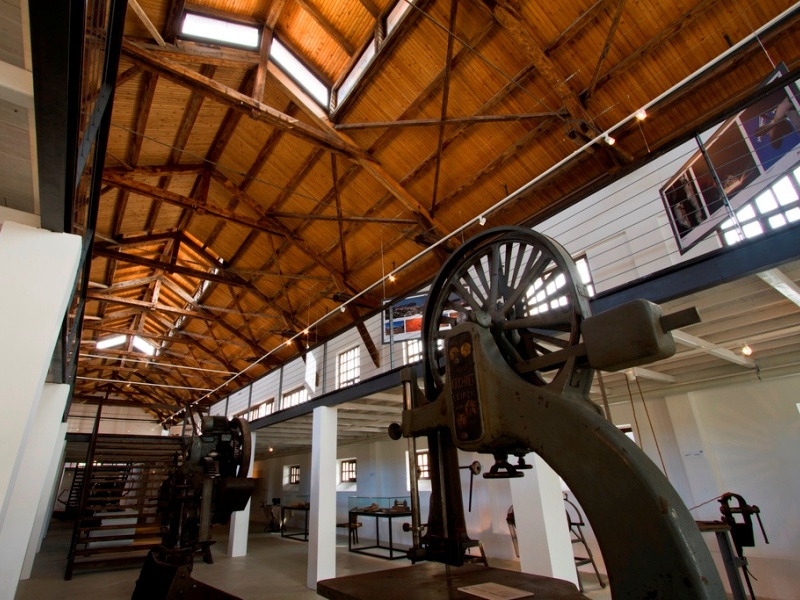 In a beautifully restored building you can see over 300 artifacts like the Yugoslav submarines, Austro-Hungarian ship equipment and industrial machines. But you can also see smaller items like the diaries of Montenegro’s Princess Ksenija.

There are also themed collections that are displayed here for shorter periods of time.

There is a pirate ship climbing frame for the younger visitors and also a small café.

The Pizana Gallery is part of the Porto Montenegro marine. This beautiful and sophisticated gallery showcases well-known artists of various ages and even young and upcoming artists. This is a place where artists, their fans and other cooperators can come together. The gallery is designed to be open and to showcase art as it appears in everyday life.  Here you can view artistic images, paintings, sculptures etc.