You don't ever stop asking questions

OU: How do you see world jazz culture is changing over the years?

LW: Well, that’s a very interesting question because of the fact that I don’t consider jazz to be a style of music. I consider it to be my Heritage. I learned it from my elders, and it is a purely unique and a great take on my culture. My culture has black men in the United States. So, in trying to get my culture to many many people, that has happened (Jazz). Also, my music now is accepted all over the world, and everybody claims to be a part of that music. So it’s an interesting take. I think that the Jazz culture has been created because my music has gone to so many different parts of the world. And there is a culture now that is considered to be a jazz culture.

OU: Do you see technology and internet influence on the directions of the jazz music evolvement and music itself?

LW: I think the internet has influenced everything. There have been major influences with the internet, and how all different kinds of music have been perceived. I think it has been more exposure. Also, that to a certain degree it’s cool because you can actually get to have in-depth information from Masters that you couldn’t have before. So, I think it’s kind of a positive thing, it’s helped.

OU: What is the knowledge vs feeling ratio in professional jazz musician? There are those who studied and those who play by feeling and ear in music history. Do you think that it’s possible to learn how to create music or it is something, which comes naturally with a person?

LW: Almost all musicians that have studied how to play music are good because of the fact that they have studied and they’ve learned how to play music. There is another perspective of that. There are musicians that learn how to create music, which is totally different than playing music. There are examples of great musicians who don’t read. They know how to create it first, and then, after playing it and putting themselves in situations that help nurture their playing, they found how to play. So it’s a touchy subject when you say what’s better. I’m not trying to say what is better. The fact is that someone learns how to create music, and someone learns how to play music over some time. I think what you have to do is you have to take people that learn how to create it and take a person to learn how to play it and listen to them and wait out. The very first time I got a new opportunity to record, Miles Davis took me into the studio, he didn’t give me any music. What he said to me was, “Think of this as a big pot of stew and I want you to be salt”. What musical knowledge am I going to call upon the sound like salt? So I had to create something from a musical perspective, what he asked. I didn’t have any musical knowledge about that. So it was interesting for me to try to create, knowing what did I know and not knowing any musical way to describe it or to play. 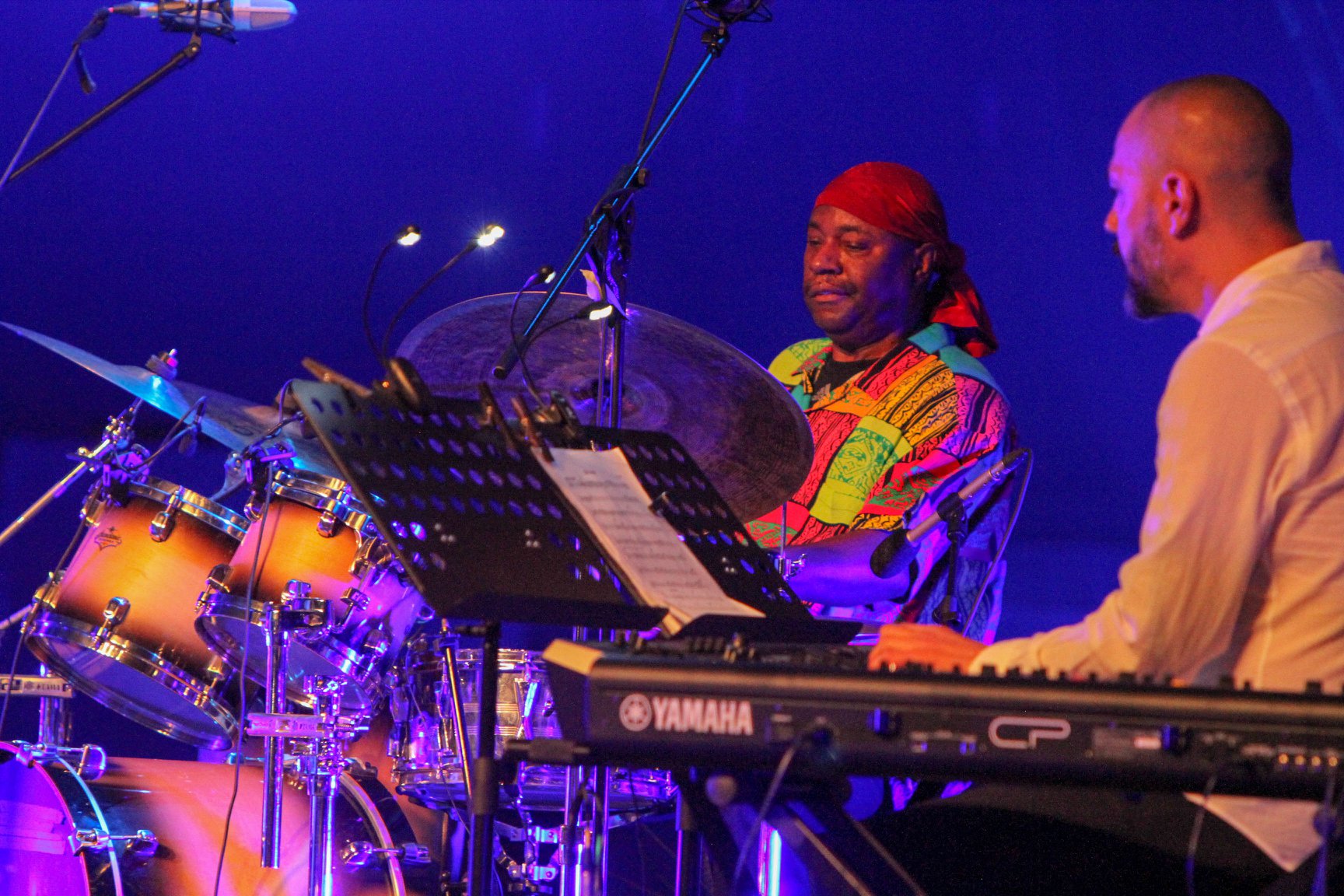 OU: If a young musician wants to have a mentor, how approachable the masters these days?

LW: I think that it is very important for a young musician to have a mentor. Somewhat, unfortunately, what mentors are now – schools. Schools are taking the place of mentors. But it is not sometimes easy to acquire Mentor. They could be someone that you really want to study with, but they could be not approachable. If you really want to study, you persist, go and try to seek that person out. Because you know that that’s where the source of your knowledge lies you need to find that person and pursue that person to make it happen. So if it’s not that accessible, then it shouldn’t stop you, you have to continue to do that.

LW: Please, I don’t have all the answers to anything. The Journey of life is continually asking questions because knowledge is not something that you get to the end. You acquire, and that’s it. It’s not like that at all. It’s an ongoing process. The more knowledge you gain, the better the Problem Solver you become. You can gain knowledge and certain things that will help you with other things. So if I ask a question about music and I acquire that knowledge, that might give me a better life situation. Then I ask something about life, and it gives me something better musical way. So, you don’t ever stop asking questions.

OU: What is the biggest lesson that you have learned when playing with Miles Davis?

LW: I learned a very important lesson the first time I played with him. Miles didn’t give us a direction. He hinted at things. I was playing what I thought Miles wanted, and that wasn’t what he wanted. So, somebody else played. After the session, I was disappointed, I was kind of down. He said, “What’s wrong?”. I said, “Well, you know, you asked me to do this..”. He said, “No, no, no, don’t worry about that. It’s fine. Be here tomorrow, and we’ll do something new.” And what I learned is that I should have asked him what he wanted exactly. If I had asked him what he wanted, to whatever ability, I could to give him what he asked for. But you always need to ask what’s needed and wanted.

OU: You said once that collaboration with him was a life-changing event in your career. Where there other events that influenced the trajectory for you your career?

LW: You got understand that from 1969 (50 years from now) whole musical landscape has changed. There were bands that started the whole new musical movement, which was Jazz Rock: Mahavishnu Orchestra, Return to Forever, Weather report, Tony Williams lifetime, Headhunters. And then, when I got an opportunity to play in Return to Forever, that became a life-changing experience because I found out so much more about myself. That allowed me to go really deep inside to find out, who I was and how I needed to approach my music and my life.

OU: What new contemporary music do you like and listen?

OU: Did you ever wish you chose another instrument (vocals is also an instrument)? And which one would it be?

LW: I wanted to play the trumpet. But there’s so much for me to learn about playing the drums. I don’t know if I could take another. The piano is excellent from the standpoint of understanding how to harmonize music and make it work, not just from a rhythm perspective, but also from a harmonic perspective too. But I’m still learning drums.

OU: What is your idea of perfect happiness?

LW: I don’t know if it’s attainable. Quite honestly, I think that perfect happiness is flowing. I believe that it is dynamic, and it is something that happens, and then you have to attain it again. It’s not something that you grasp, and that’s it. I think it’s flowing like water. You can get water, and it stands in hands for a minute and then it’s gone, it disappears. I think perfect happiness is hard to actually attain, but happiness is like grabbing a bunch of water. You can hold it for a while, and then you have to get to go for it again.

OU: What musical guilty pleasure do you have? What are you listening to, which is unexpected to the music that you make?

LW: All music is a guilty pleasure for me. Yeah, there’s just nothing that I would listen and say “don’t tell anybody”. There’s nothing like that for me. I get inspired by something that has purpose and depth. And it can be anything.