Business Caravan Was Held in Podgorica 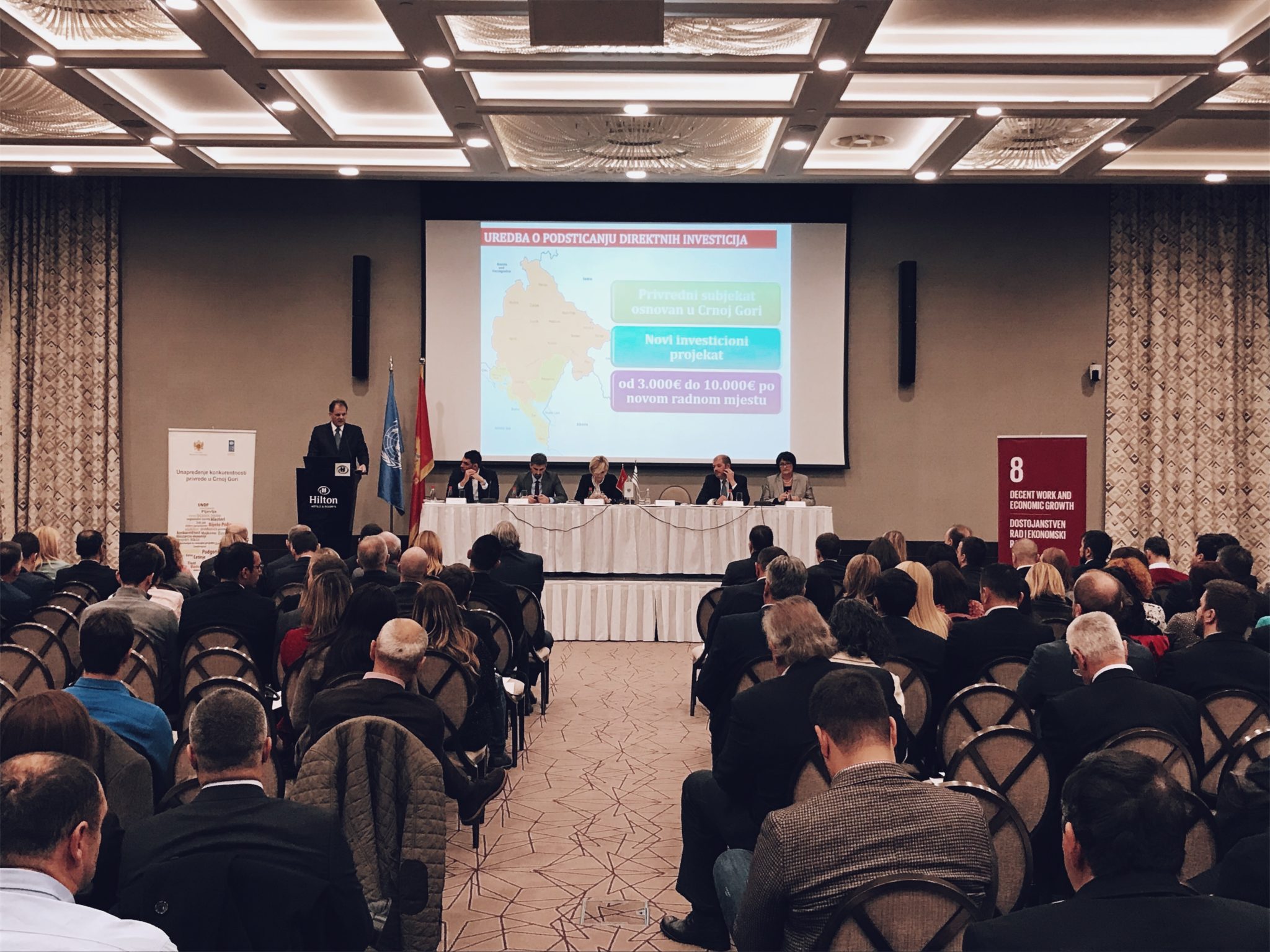 Business Caravan is a project, which is organized by the Ministry of Economy of Montenegro with the support of United Nations Development Program (UNDP). It started as an opportunity for a greater and better communication of the Government with entrepreneurs.
Business Caravan’s central event was held on Wednesday, December 6, in Podgorica. It was opened by the Economy Minister, Dragica Sekulic, the mayor of Podgorica, Slavoljub Stijepovic, the Head of the Democratic Governance and Economy and Environment sector at UNDP, Tomica Paovic, and the Vice President of the Chamber of Commerce of Montenegro, Ljiljana Filipovic.
Apart from Podgorica, Business Caravan has visited Bijelo Polje, Berane, Mojkovac, Kolasin, Pljevlja, Savnik, Zabljak, Cetinje, Danilovgrad, Niksic, Pluzine, Budva and Tivat. 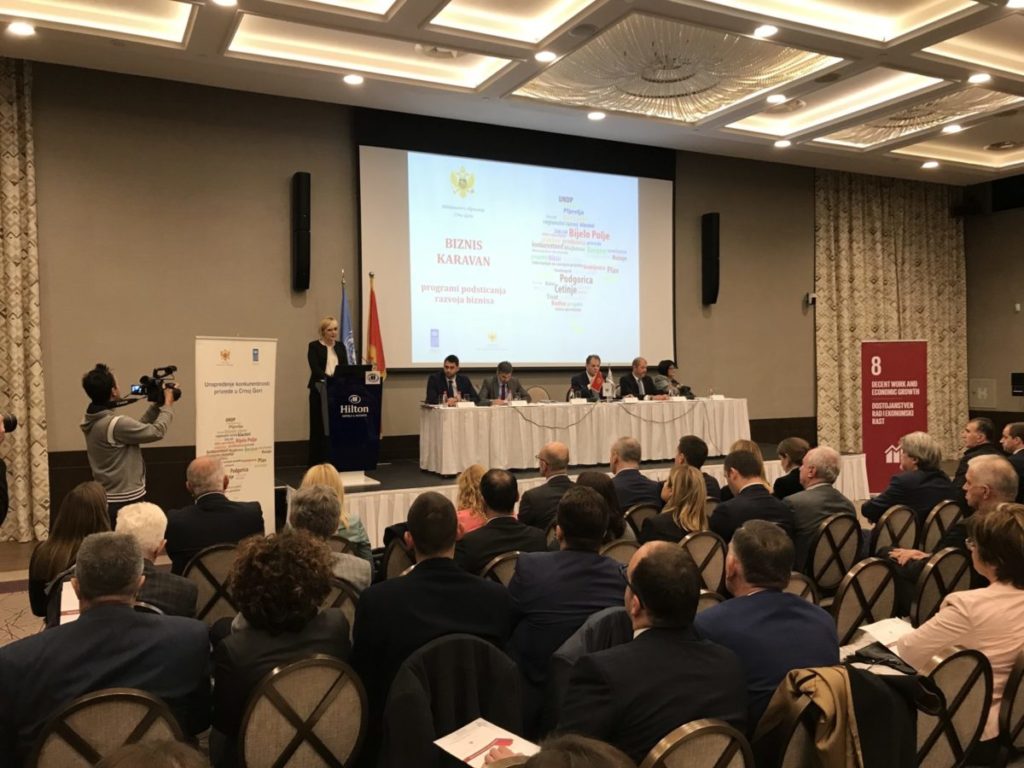 The Minister Sekulic announced at the Business Caravan that Ministry of Economy, together with the United Nations Development Program (UNDP) and the Chamber of Commerce of Montenegro (PKCG), will implement new projects to provide more support for domestic products. These projects will be aimed at ensuring better visibility of domestic products in retail chains in the next year. Sekulic also pointed out that the most successful programs were the ones for cluster development, for the introduction of international standards in business and the modernization of processing capacities. These programs used 100 % of the allocated budget, resulting in increasing the budget for these projects for the next year.
The Manager of “Probaj domace” (Try homemade) cluster, Velimir Djokovic, said that one of the main goals of this cluster, which brings together 20 producers from Montenegro, is to promote and support producers in all segments of their work – from production, promotion, presentation to market presence.
The Mayor Stijepovic emphasized the importance of this project because the entrepreneurs were able to get acquainted with all the support that the Ministry of Economy and the capital are providing. He added that the money was allocated to the initiative of the University of Montenegro to establish the Office for Innovation and Education, which also recognized and demonstrated a special interest for the development of women entrepreneurship through the Women’s and Youth Advocacy Center.

Most of the programs offered through the Business Caravan project aim to provide financial support to investors and entrepreneurs, as well as small and medium-sized enterprises. This support is implemented as a subsidy, based on the principle of refunding part of the funds or the reduction of fees and taxes, depending on the program itself.

The program of increasing regional and local competitiveness by following the requirements of international business standards has also seen a significant increase in the budget, doubling from 50 000 euros in 2014, to 100 000 euros in 2015-2016.

Through the program for providing monitoring services to small and medium-sized enterprises, a total of 28 companies received support in the last year.

The main goal of the project is to improve the business environment, activate the SME sector, attract new investors and increase employment, especially in the less developed areas of the country, to increase the competitiveness of the economy and overcome regional socio-economic differences.