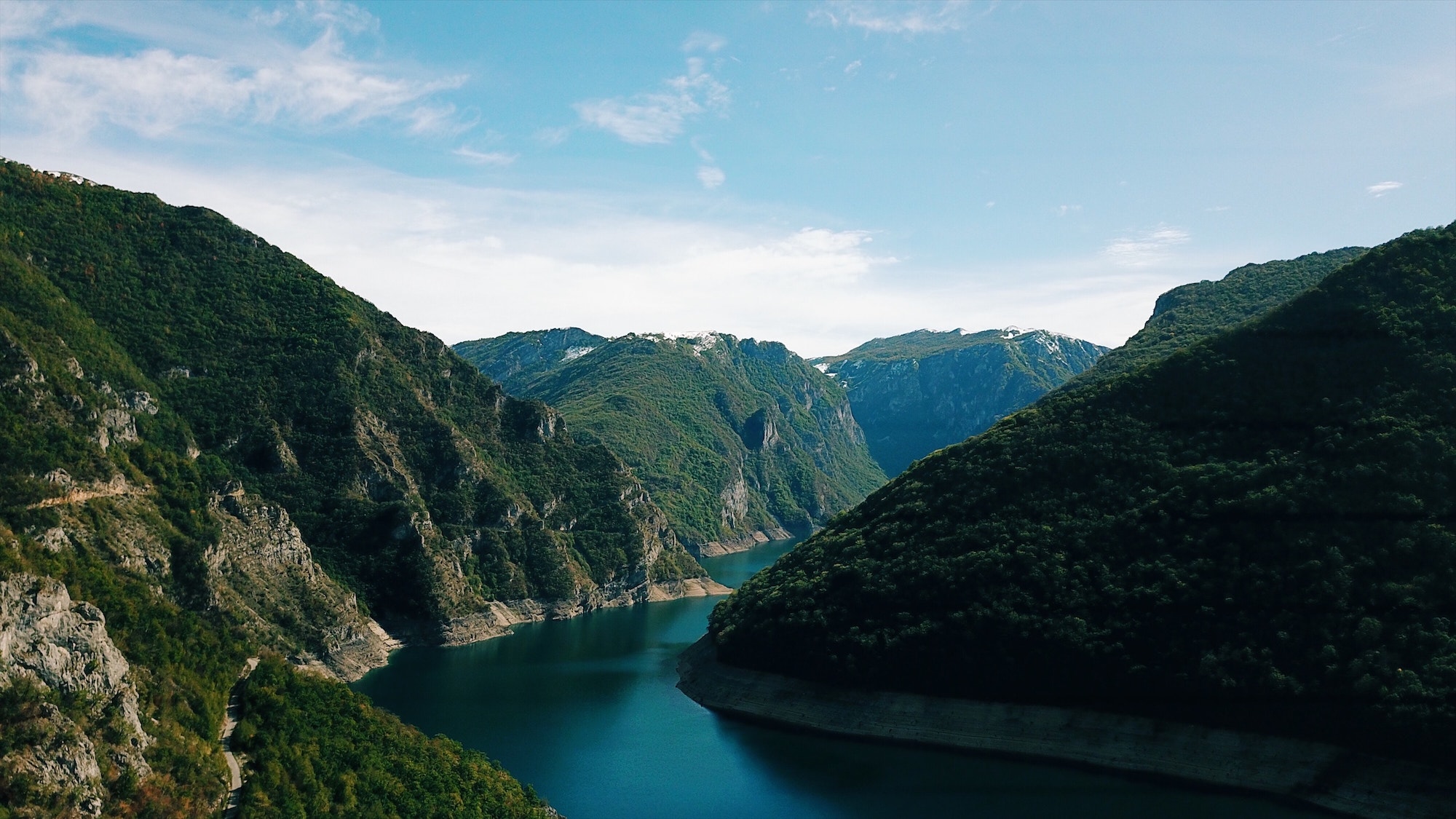 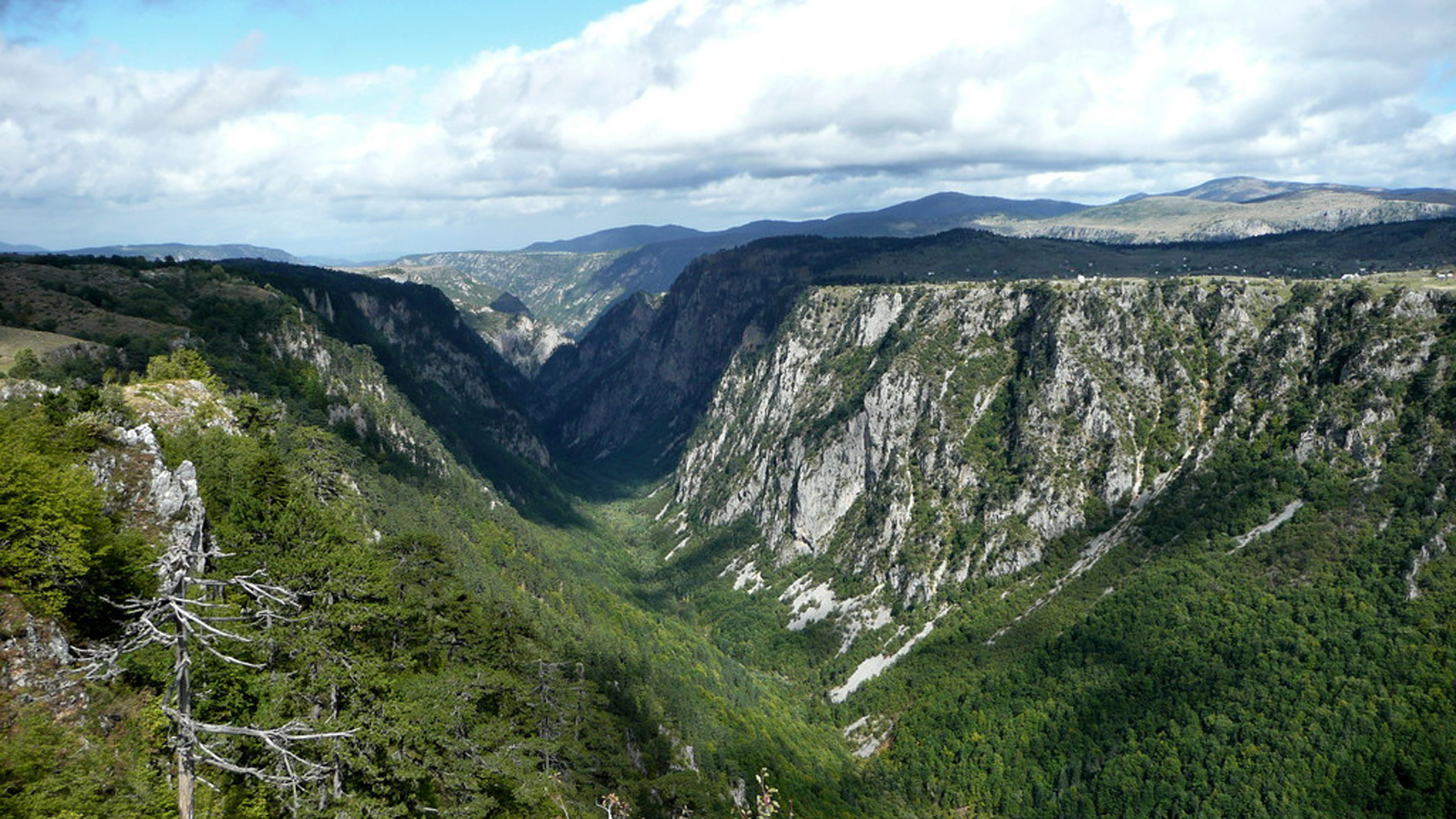 The Sušica Canyon is on the western side of Durmitor. This canyon was formed when a glacier broke free which carved out the canyons as well as changing the course of the Sušica River. It also resulted in the formation of Lake Sušica which was formed as the glacier melted. The lake remained and is filled by melting snow every year. This lake is in an astoundingly beautiful area flanked by high cliffs and forests of pine trees.

There are rafting, walking, hiking and Jeep safari tours that will take you to see the Sušica River Canyon. If you’re hiking on your own there’s a hut for camping located next to the lake but you’ll have to carry everything you need with you. 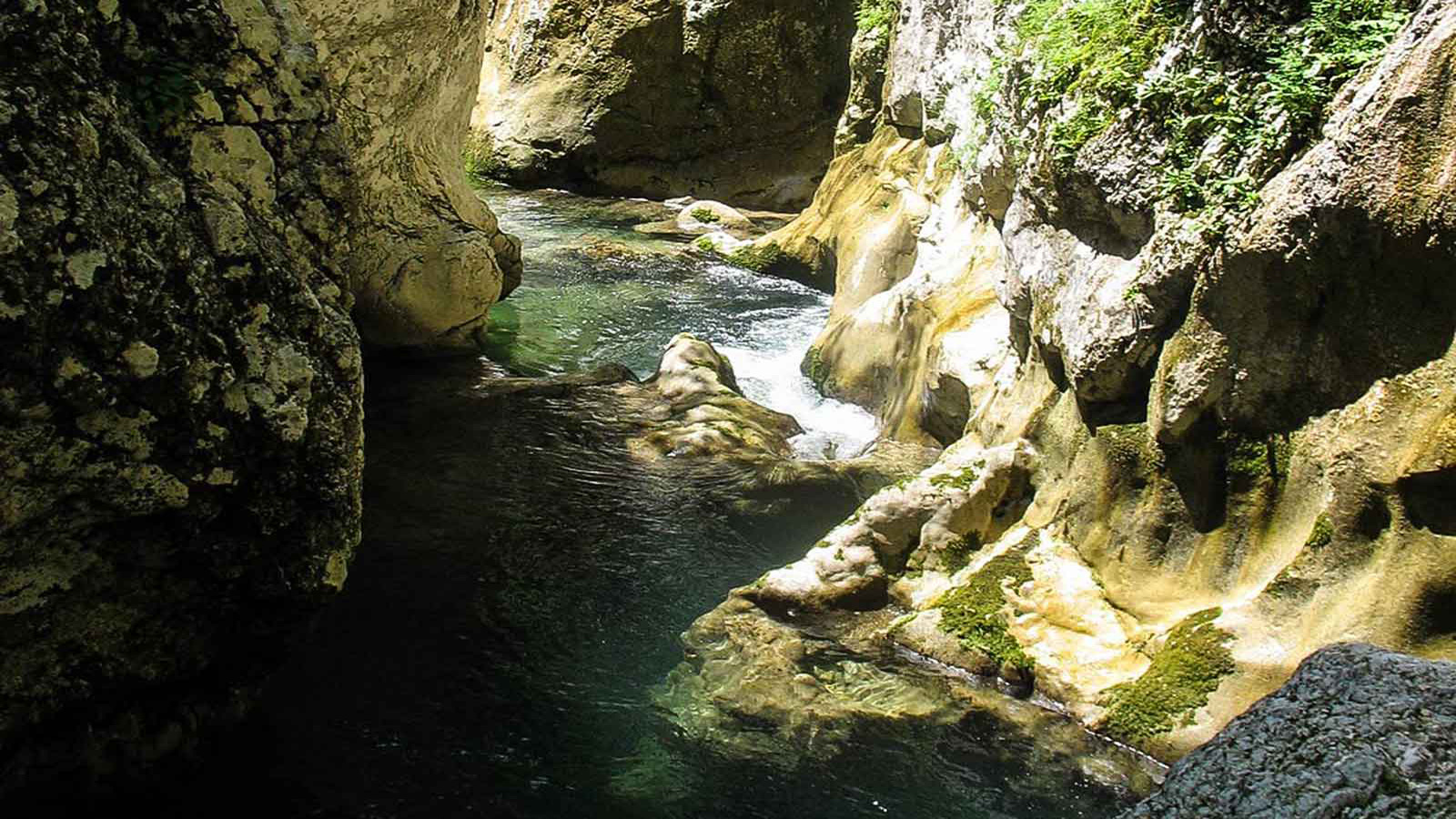 The Nevidio canyon is located 50km outside of Žabljak in the direction of Nikšić. It was formed in the rock of the Durmitor mountains by the Mala Komarnica river.  There’s a waterfall and two glacial lakes at the entrance to this canyon and it is an astonishingly beautiful area.

The bottom of the canyon never sees the sun because the tall cliffs permanently cast their shadow over it. The canyon is about 1700m long.

It is not easy to navigate this canyon and will require diving, swimming and rock climbing. It is recommended to join an organized group that will make the attempt safer and easier. However, those that have navigated this canyon say that it was worth every scratch! 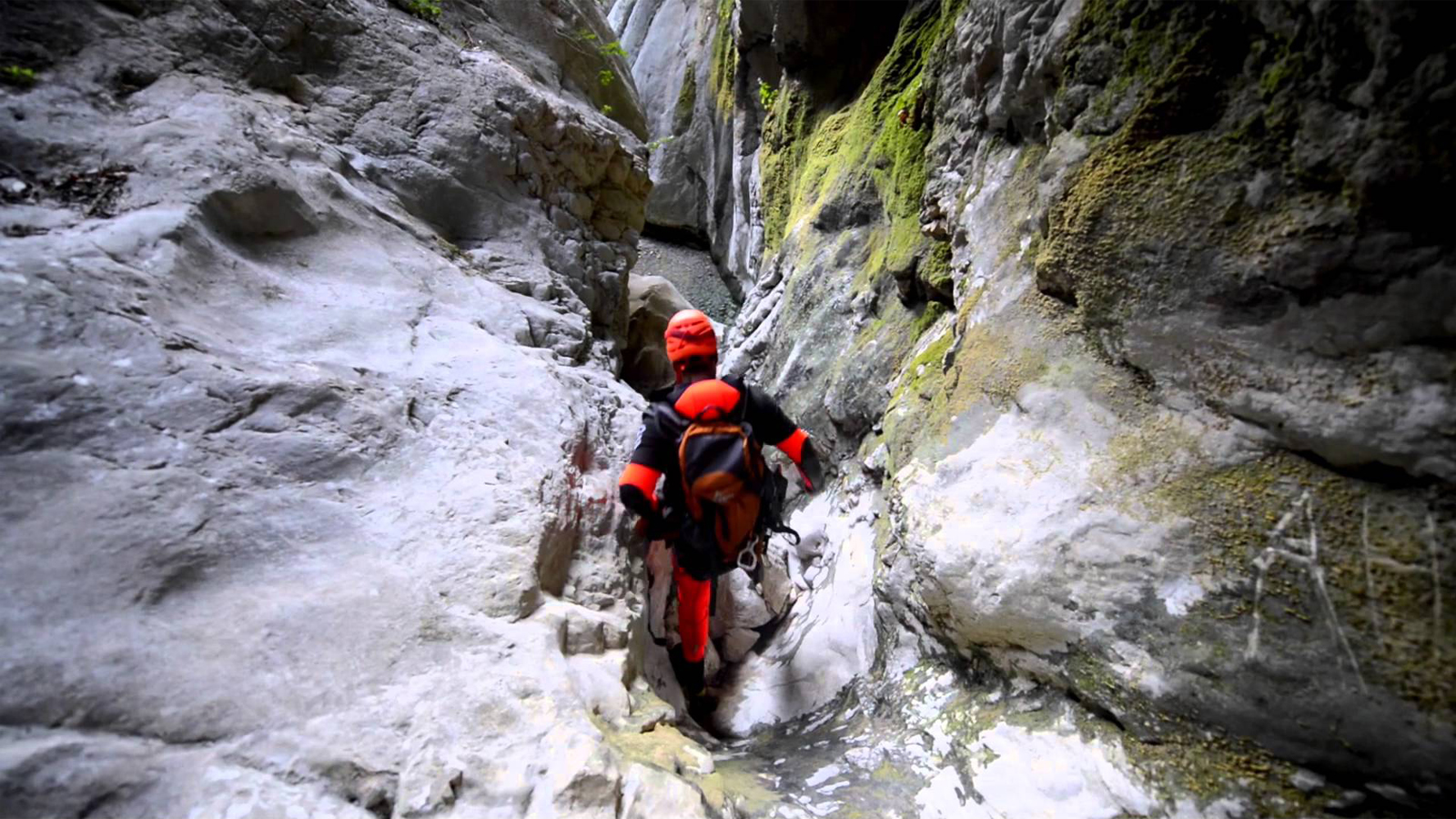 The Škurda canyon was formed by the Škurda River which flows almost vertically down the Lovćen mountains. In some parts this river actually formed a tunnel. During summer the canyon is very dry and can be navigated by belay.  It is however, possible to climb this canyon throughout the year if it isn’t raining. When it is raining not only does the rock face become slippery but Škurda River then flows deeper and faster making any attempt very dangerous.

Organized expeditions are arranged starting from Kotor. The first part of the expedition is taken up by the hike to reach the canyon. The guides will teach you the techniques you need to ascend and especially to correctly descend this canyon. 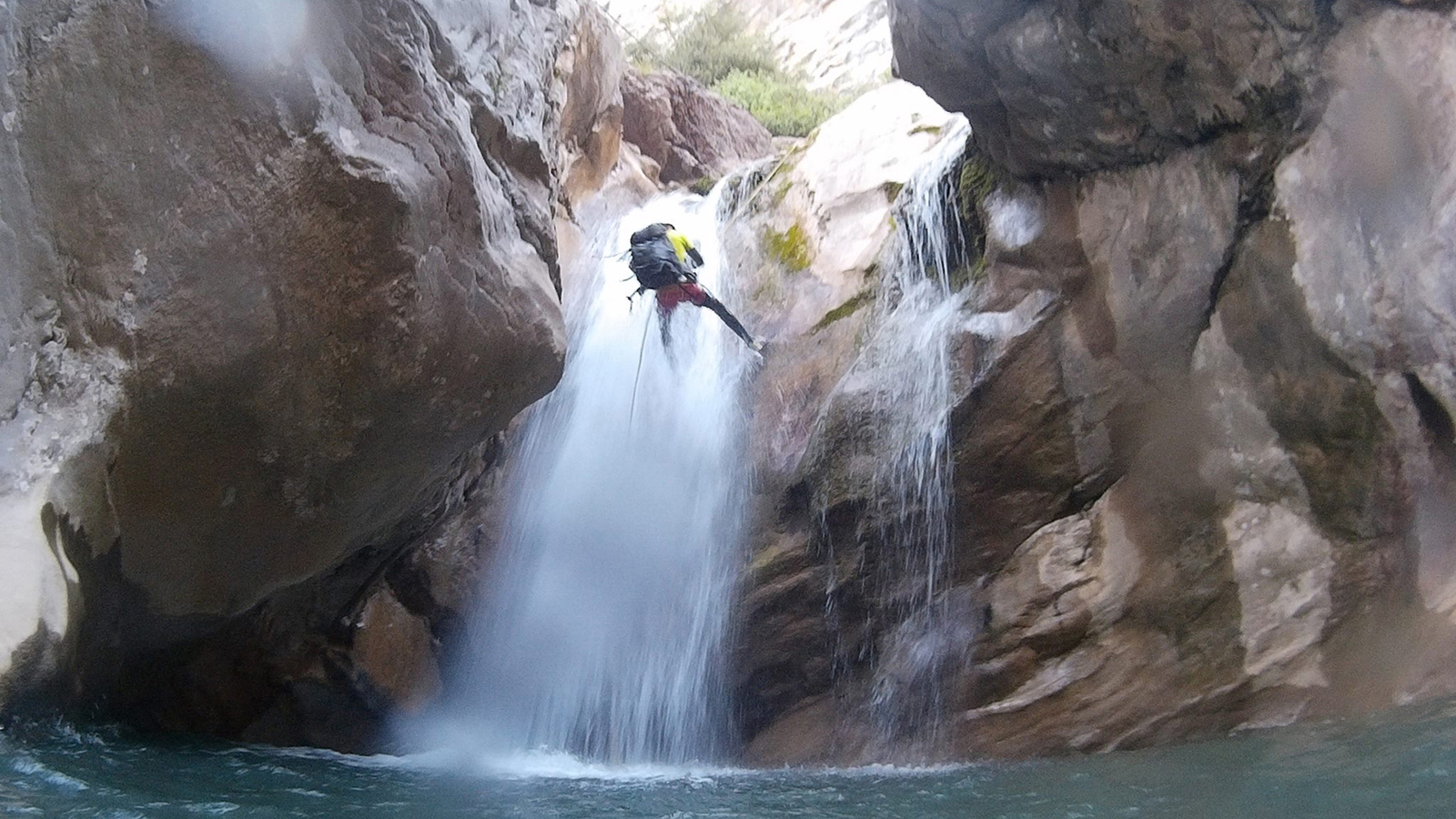 The Rikavac Canyon is located near the old town of Bar.  It is surrounded by rocks and forests. This canyon is easier to climb than the other canyons and is suitable for children over the age of 8. It is considered a starter canyon i.e. it’s the best place to start if you’re interested in canyoneering/canyoning.

There’s still a little bit of climbing, jumping and sliding but it is not extreme. You can descend this canyon through waterfalls that range from 2 – 10 meters to the rock pools below. 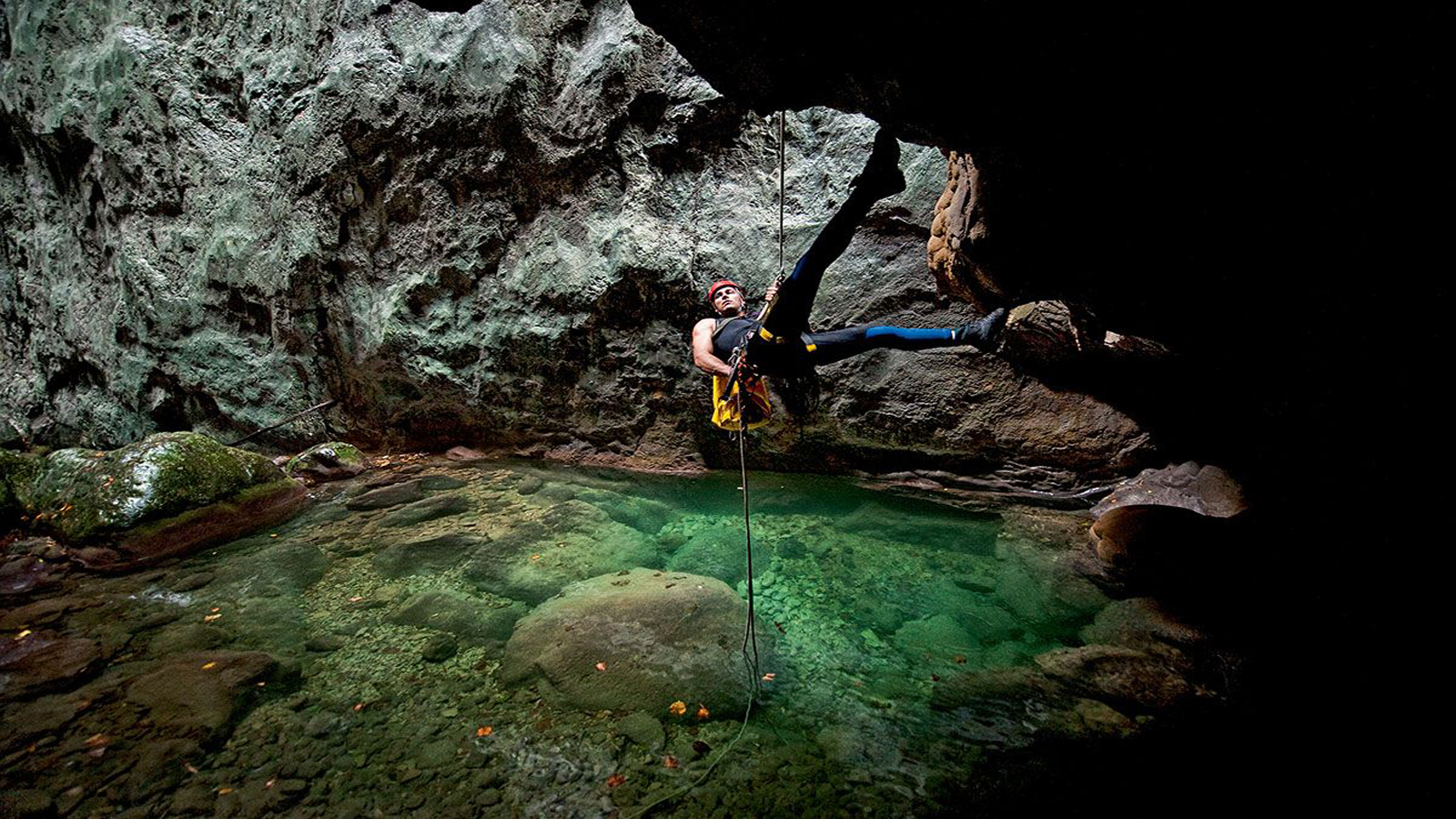 This canyon is in the area of the Morača valley about 30km outside of Podgorica.  There’s a parking lot from where you will have to hike down to the river. Then you would have to follow the river until you reach the canyon. This canyon has high vertical cliffs that are covered in moss. You’ll encounter cliffs, rocks and waterfalls and a narrowing of the canyon, like a funnel. This leads to a large chamber. There are further rocks, basins and obstacles and a beautiful waterfall that flows into the Morača river. 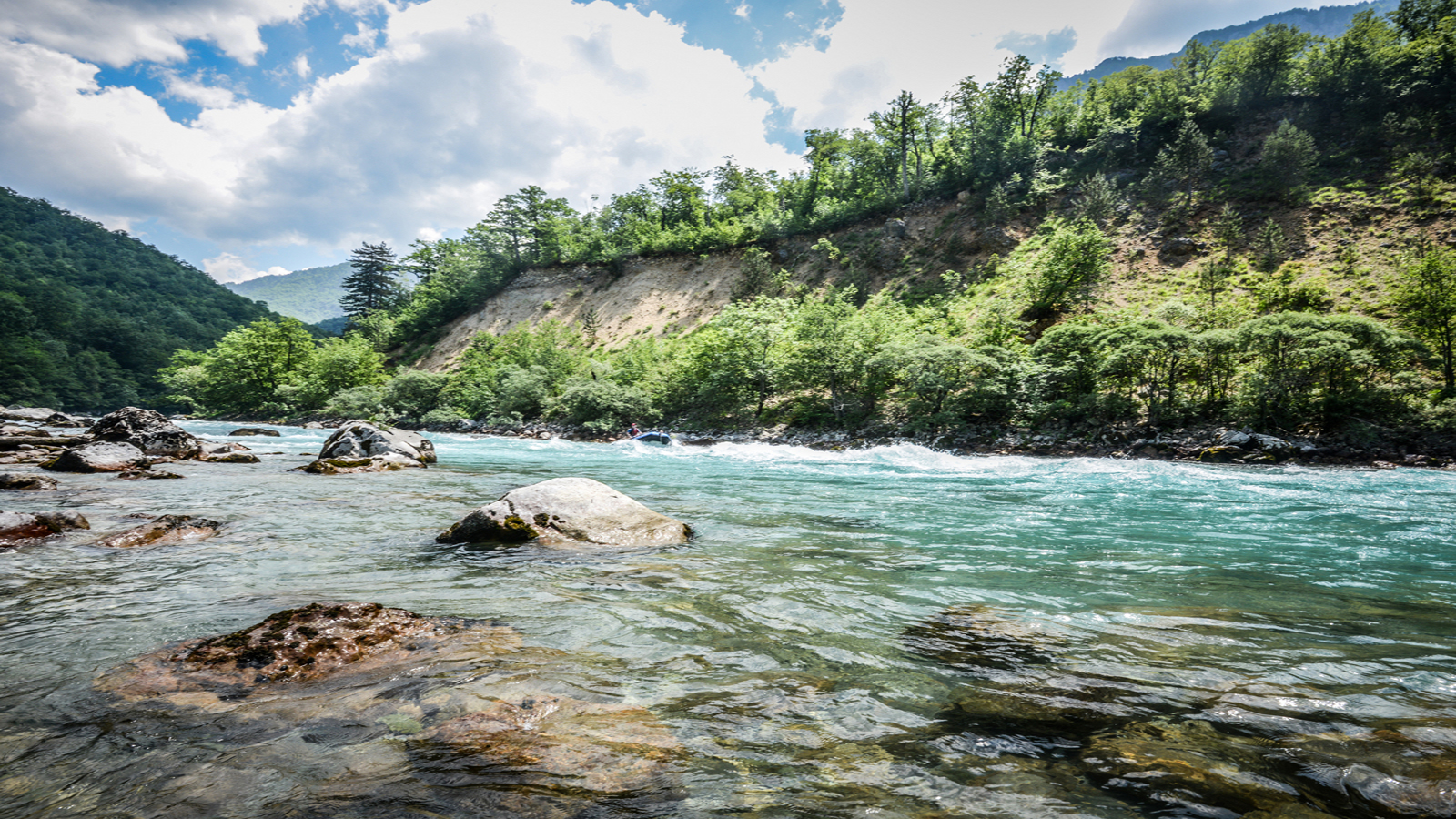 The Tara River Canyon is on the Tara River. It is the border between Montenegro and Bosnia Herzegovina. It is inside the Durmitor National Park which is a UNESCO World Heritage site. This is one of the world’s deepest canyons. It has an average depth of just over 1000 meters and is a little over 1300 meters at its deepest point.  This canyon is surrounded by lush vegetation, caves and areas that are yet to be explored. It is also famous for its numerous waterfalls. 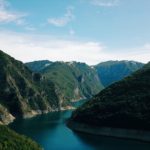