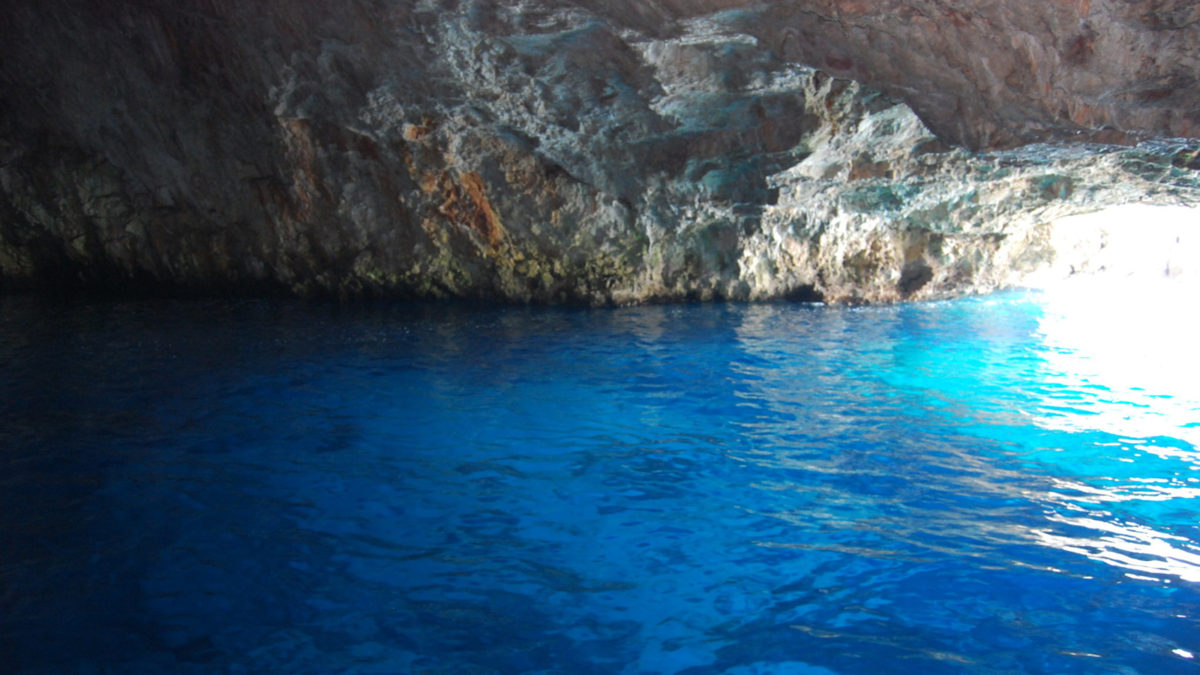 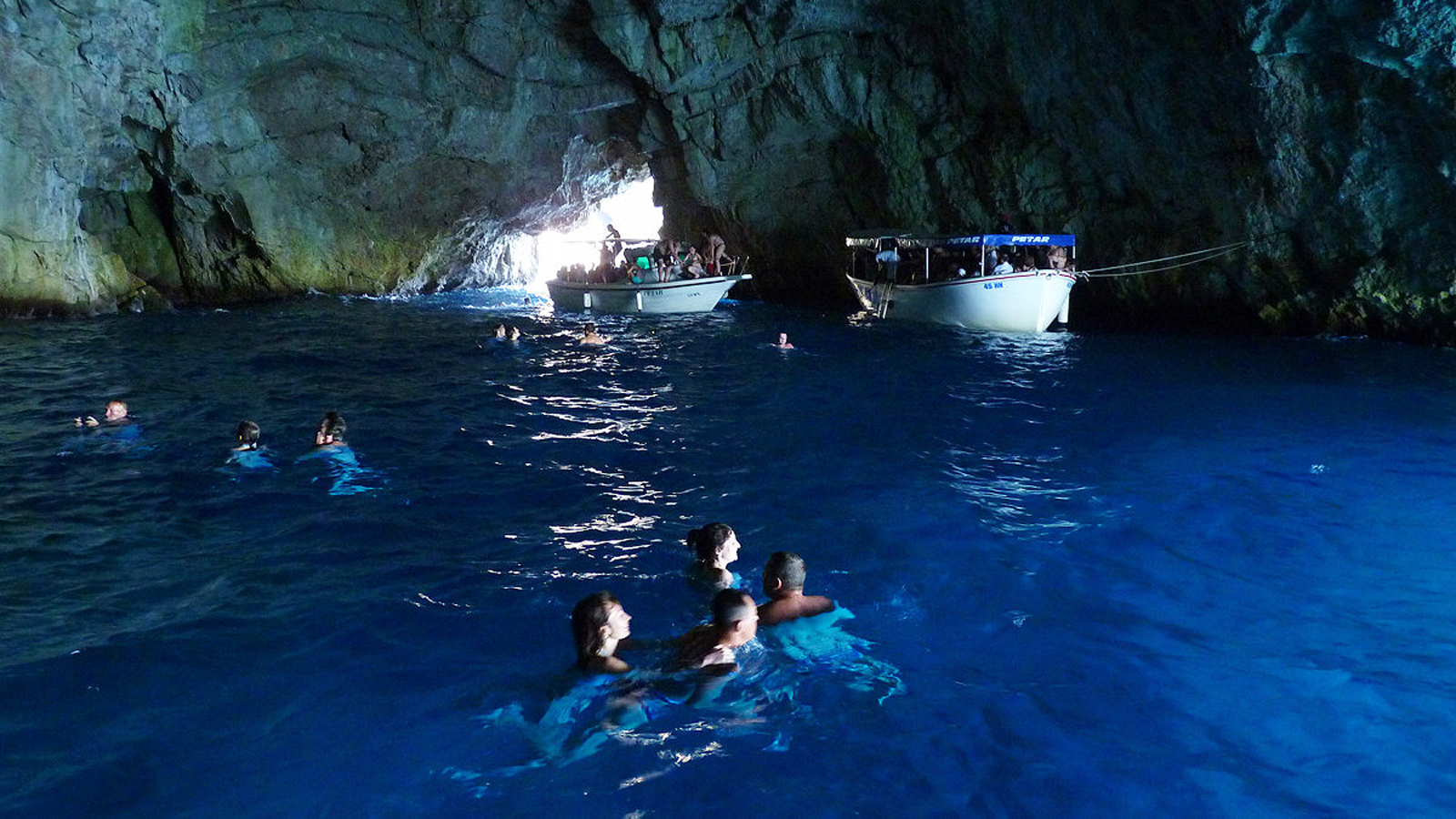 The Blue Cave, Plava Špilja, is located a few minutes away from Herceg Novi. The sea in this area is very clear and very blue. The entrance to this cave is concealed in the beautiful surroundings of olive trees and lush vegetation. The entrance is at a 45-degree angle with the largest entrance having a height of 3 meters and a width of 15 meters. The cave is quite large on the inside and several boats can comfortably fit inside this cave. The almost hidden aspect of these entrances have helped to keep the cave away from prying eyes so that today it is still in pristine condition.

On a clear day everything on the inside of the cave reflects a blue color and even the water takes on a vivid shade of blue. The height of the cave is only 9 meters and the depth is about 3 – 4 meters. One can swim inside this cave where the water is warmer than in the sea outside of the cave.
There are also scuba diving and snorkeling excursions available. 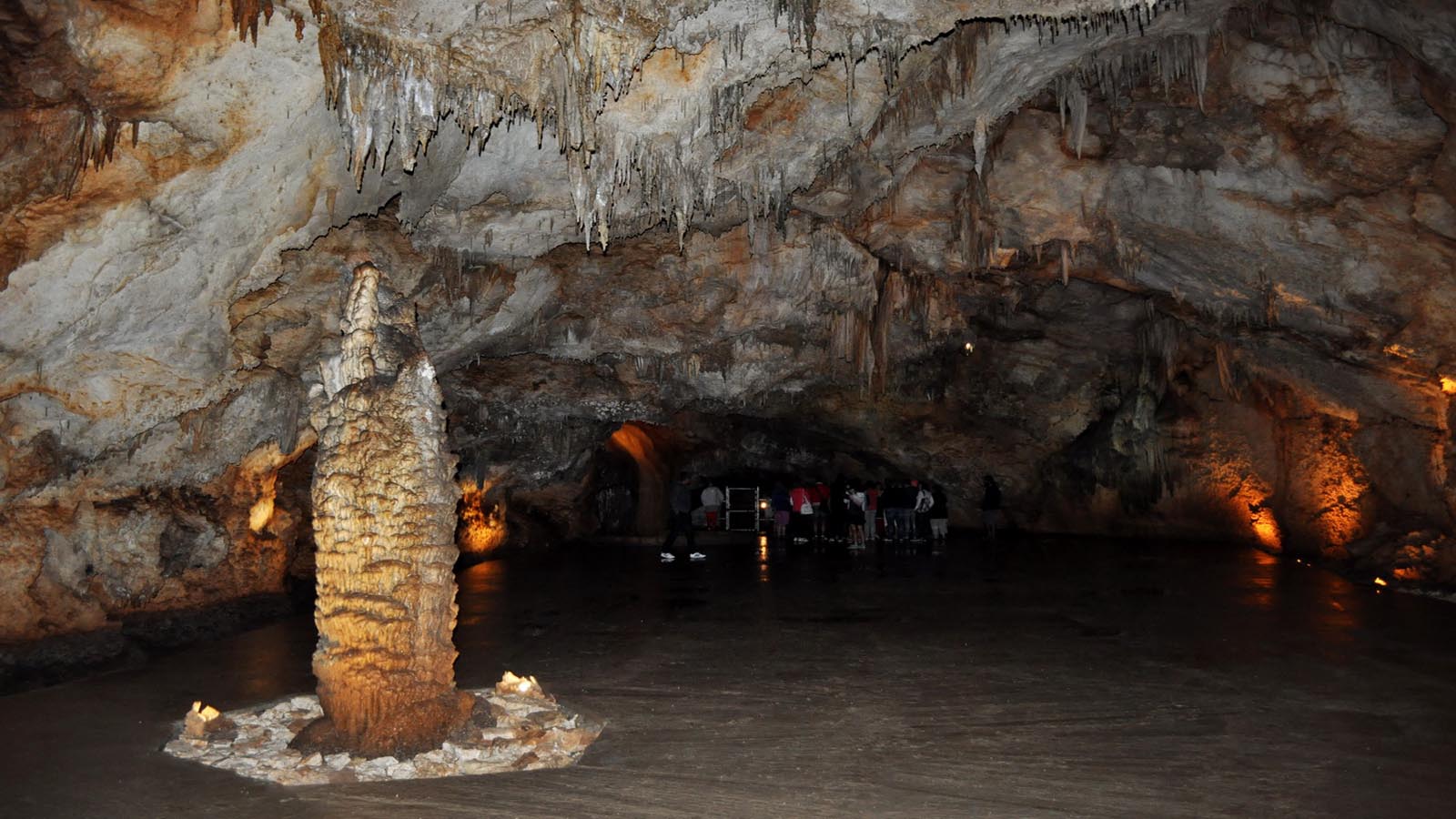 The Lipa Cave consists of 2.5km of passages and halls in their natural states. This is one of the largest caves of its kind in Montenegro. The Lipa Cave has existed and was explored as far back as anyone can remember but it was King Nikola I and Petar II Petrović-Njegoš who officially acclaimed these beautiful caves. A variety of explorers from the 19th century included this cave in their documentation and this exploration has continued past the 20th century until today.

The large collection of stalagmites and stalactites and their reflections in the pools of water makes seeing this cave a truly breathtaking experience and one that should not be missed.

#3.The cave over the devil’s pool 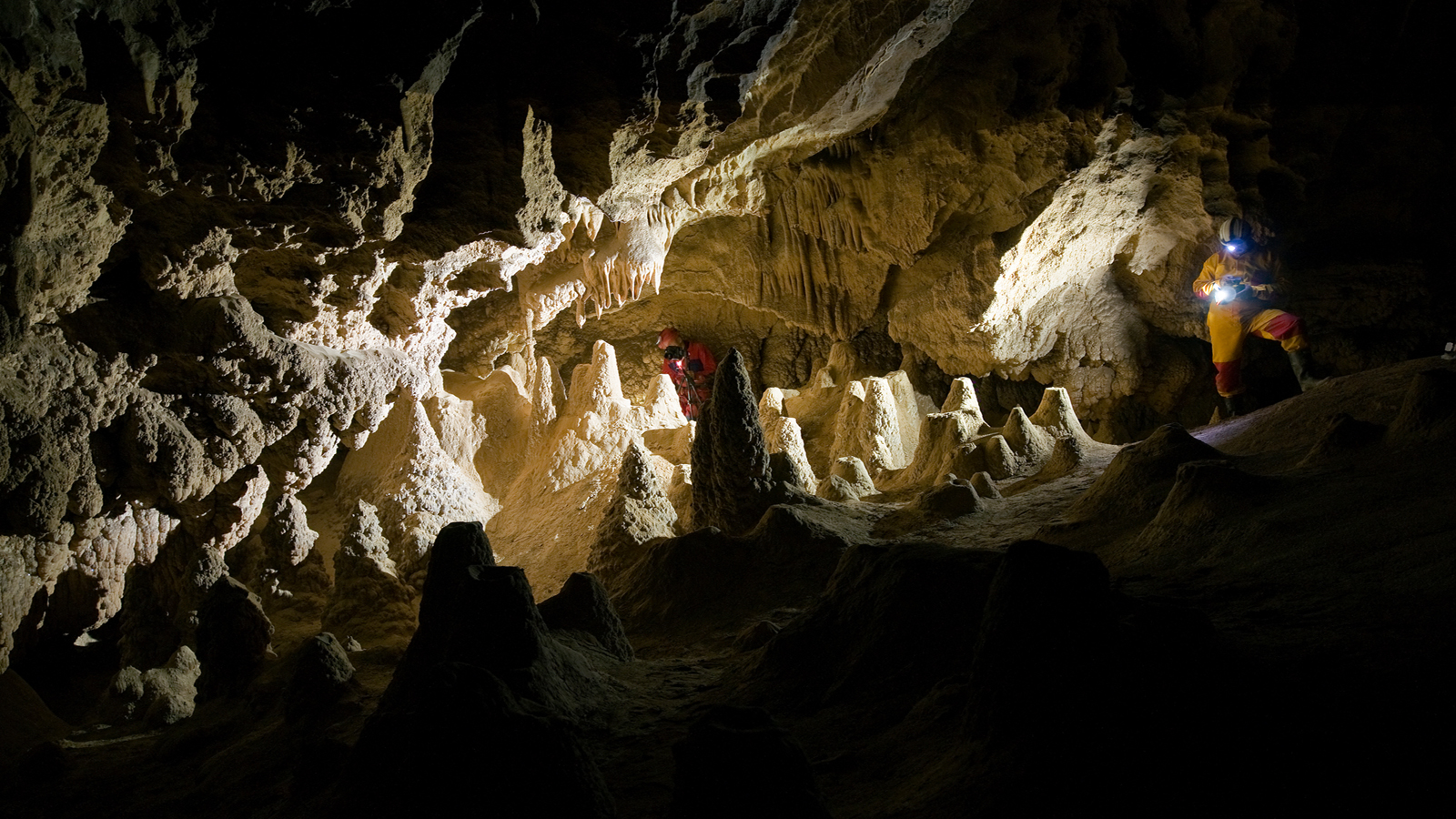 The Pećina nad Vražjim Firovima, also known as the cave over the devil’s pool is in the Djalovica Klisura gorge which is a limestone gorge. This is the longest cave in the entire area that was formerly known as Yugoslavia.

This cave was first explored by the Speleological Mountaineering Association of Belgrade and the Geozavod from Belgrade who were exploring caves in the Djalovica Klisura during June 1987. So far over 11 750m of the cave have been explored and about 10 550 m have been mapped out but there’s still parts that have not yet been explored.

The cave consists of tunnels, hallways and rooms of various sizes with temporary and permanent lakes. There is also a labyrinth of tunnels with amazing features. The rooms are on four different levels and the cave extends in different directions as well. Inside this cave there are pools of water, clastic deposits (fragments of older rocks) and a variety of speleothems (stalactites and stalagmites) in different shapes, sizes and colors. There’s also the cathedral hall with stalagmites that extend from the floor for 18 – 20m and a spectacular waterfall that drops for 6m. 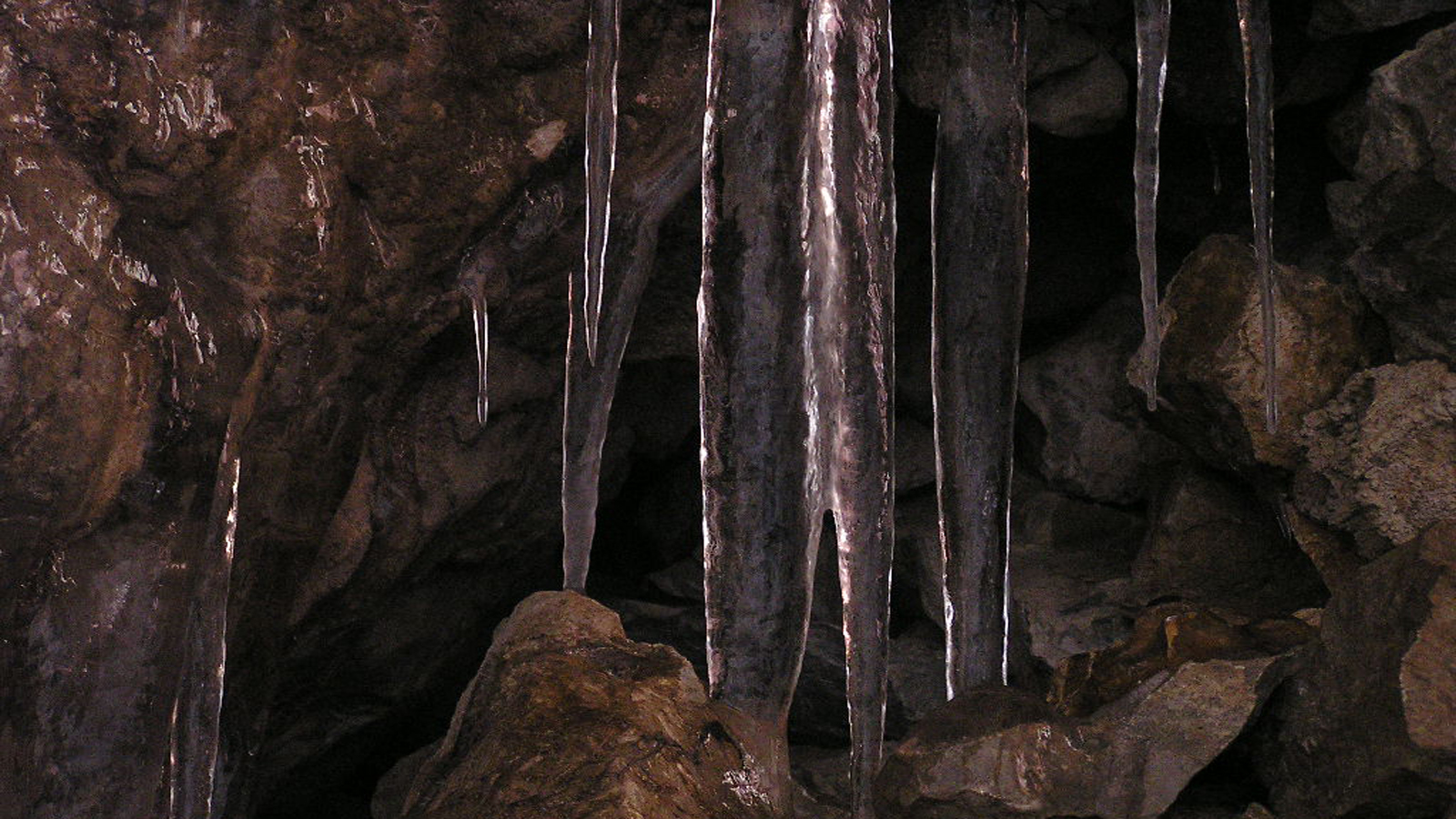 This cave at a depth of 605m is one of the three longest and deepest caves in the Mt Durmitor range in Žabljak Montenegro. This cave is magnificent because of its karst features, however, due to its geological structure it is also very difficult and challenging to explore with part of the challenge being just reaching its entrance which is at an altitude of 2 098m. 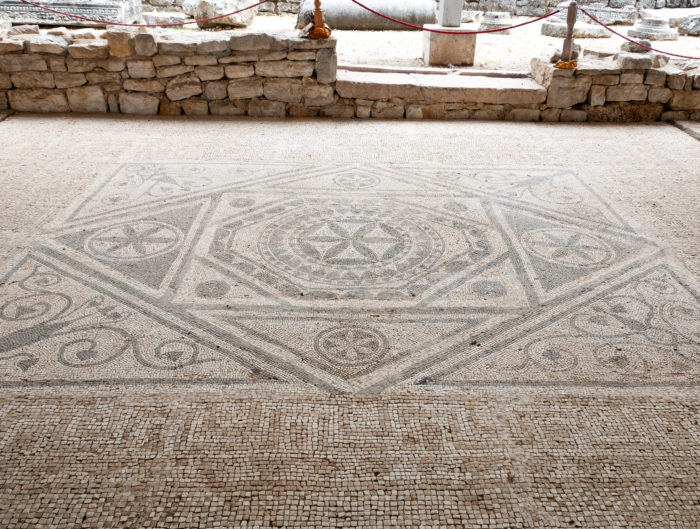 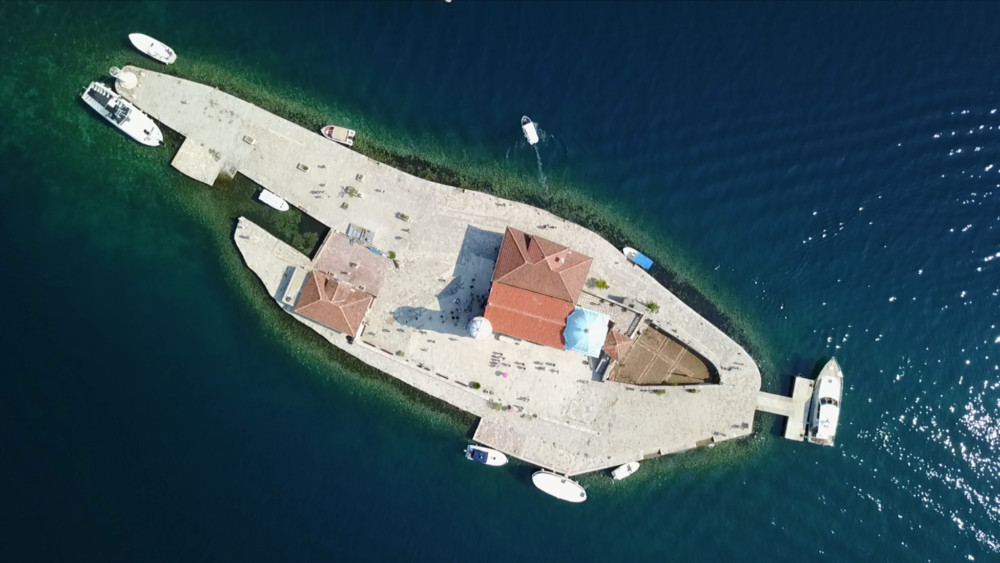 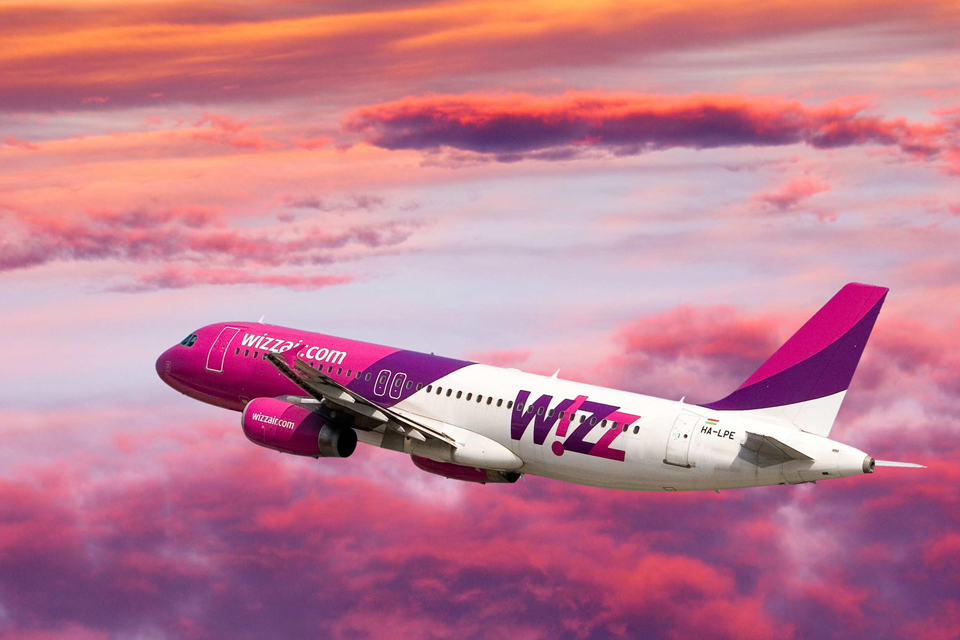 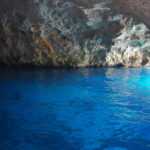