The 14th Don Branko Days of Music will be held from the 13th of July to the 13th of August 2017 as part of the 9th International Festival of Kotor Art. This year, top-class artists and performers from the prestigious international musical arts world will be participating.

“…From the opening and appearance of the City Music of Kotor, the Boka Navy, through the performances of world-renowned and popular names in classical music, to the best piano jazz ensembles, vocals, programs for the very young and over 100 accompanying programs of performing artists – the festival will offer top quality art, ” said Sara Lakicevic, PR of Kotor Art.

The festival continues the practice of showcasing new work. So far, the series of Kotor Art have been performed by various composers with different compositions: 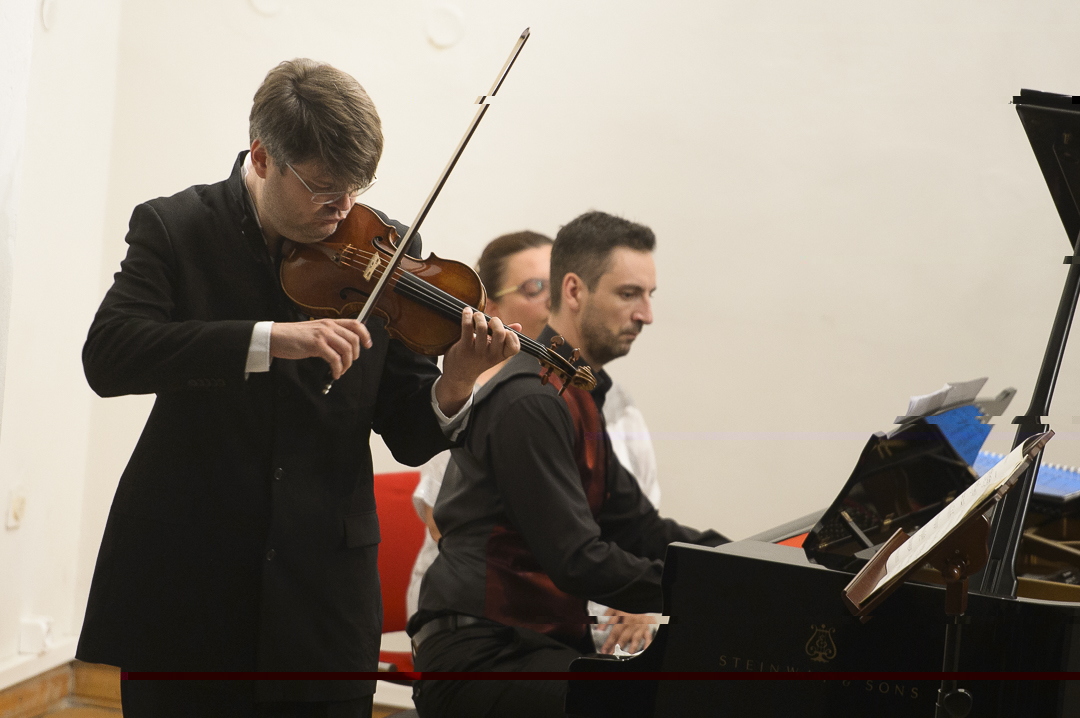 A total of six composers will compose variations of the local theme; traditional music of the Boka Naval Fleet. With the exception of a group of composers in Zagreb and Belgrade, there is probably no other festival in the region that nurtures new creativity, especially creativity based on the source of its heritage, like Kotor Art does for the history and traditions of Kotor, Boka and Montenegro.

This year, and the reason for the new composition, is the 175th anniversary of the City Music of Kotor, as well as the traditional cooperation between Boka Navy and Kotor Art. Kotor Art Don Branko’s Days of Music will present three of the best violinists in the region this year; Roman Simović, a celebrated Montenegrin musician who is also the new artistic director of Don Branko’s Days of Music, Nemanja Radulovic, a world-violin-sensation and Stefan Milenkovic, who has been the symbol of artistic music in this region for decades. They will display the different aspects of the art of playing this instrument at three different concerts. One of the greatest piano jazz ensembles in the region is coming to Kotor: Bojan Zulfikarpašić, Vasil Hadžimanov and Matija Dedić. All three will be performing for Kotor audiences at concerts in the Summer Scene in August.

The Kotor Art Festival is a festival made up of musicians from four countries who have passed the international auditions that are held during the winter months. The jury, led by violinist Roman Simović, selected those who will perform two of the three programs planned in Kotor from over 50 candidates. At the first concert on the 13th of July, they will be playing variations on the theme of the Boka Naval Band, accompanied by Beethoven’s Piano Concerto No. 1. At the second concert on the 18th of July, they will present a program that is fully dedicated to Polish composers, which marks the continuation of the long-term cooperation of Kotor Art with the Embassy of Poland. As part of this cooperation, the person that closed last year’s Kotor Art festival is one of the greatest composers of today, Polak Ksistof Penderecki. The soloists at the two concerts of the Kotor Art Festival Orchestra will be pianist Ratimir Martinovic, and the renowned Kotor artist and great young Polish pianist and winner of international competitions, Lukaš Krupinjski. The conducting of the orchestra is entrusted to proven conductors: Vahan Mardirosian (Armenia – France) will conduct the concert on the 13th of July, while Bartosz Zurakoviski, who recently conducted the Montenegrin Symphony Orchestra, will be hired for a concert on the 18th of July.

Kotor Art, in cooperation with Luštica Bay, will present performances by our famous guitarist, Miloš Karadaglic who is the exclusive artist of the Dojo Recorder, for the second year. Miloš will be hosting this year’s concert in the magical ambience of this developing new city. In cooperation with Coca Cola, Kotor Art organizes three representative concerts to present some of the more popular musical genres in a standard but also a new setting. Among the outstanding vocal artists this year is: Pumeza Matshikiza, guest of the “Miloš Invites” program, a South African soprano with a lyrical voice that is already recognized in many circles; Amira Medunjanin, queen of the Sevdah (Sevdah is traditional music of the former Yugoslavia); Bisera Veletanlic and Gabi Novak, who will participate, for the first time, in the final concert of this year’s Kotor Art.

Chamber music is always carefully nurtured at this festival. This year, “Devil’s Thrillers,” an ensemble of unconventional, genuinely gifted, French musicians, will perform with Nemanja Radulovic. The Quartet “Strings attached” that comprises exceptional individuals led by the concert-master of the Nuremberg Philharmonic, violinist Stanko Madić, will be performing at the concert “Miloš invites”.

Chamber music will be the main theme of the concert “Roman and Friends” where, in addition to Roman Simović and Nemanja Radulović, there will be performances by the outstanding cellist Đovani Njoki, professor at the University of “Mozarteum” in Salzburg, Aliona Baeva, world-renowned violinist, the wonderful Milena Simović, a violinist who closed last year’s Bemus festival, Dragan Djordjevic who is one of the best cellists in the region and the pianist Olga Sitkovetsky who has held concerts in the most prestigious halls of the world. “Tango Compass” led by Mark Hatlak, from Slovenia, on the accordion and other great musicians in this ensemble will support Stefan Milenkovic by performing, “Tango – music of passion”.

This year, the award-winning director Dusan Vulekovic from Kotor is releasing a film about this year’s theme for the festival, which concentrates on the music and other artistic aspects of the Boka Navy.

Kotor Art devotes special attention to the very young, including those who have already started studying music and those who still need to be inspired to follow this art. Two programs are dedicated to them: A traditional concert of the Music School Vida Matjan. This year is the seventh decade of existence of this important institution of music. The other program, Kotor Artić, will take place in the form of workshops that will be held from the 22nd of July until the 3rd of August at the Old Town’s marketplace. In addition to these programs, the presentation of Kotor Art Talents is planned at a concert at Hotel Regent on the 31st of July.

During the Kotor Art festival, there will be events at various Kotor pubs. There are over 100 performances by musicians and performers who have auditioned for Kotor Art. By playing and creating special works of art on piazzas and squares, these events aim to inspire the artistic side of the audiences and to perform artistic music in open and public spaces which, as is the case with the city of Kotor, is absolutely the right place for it.