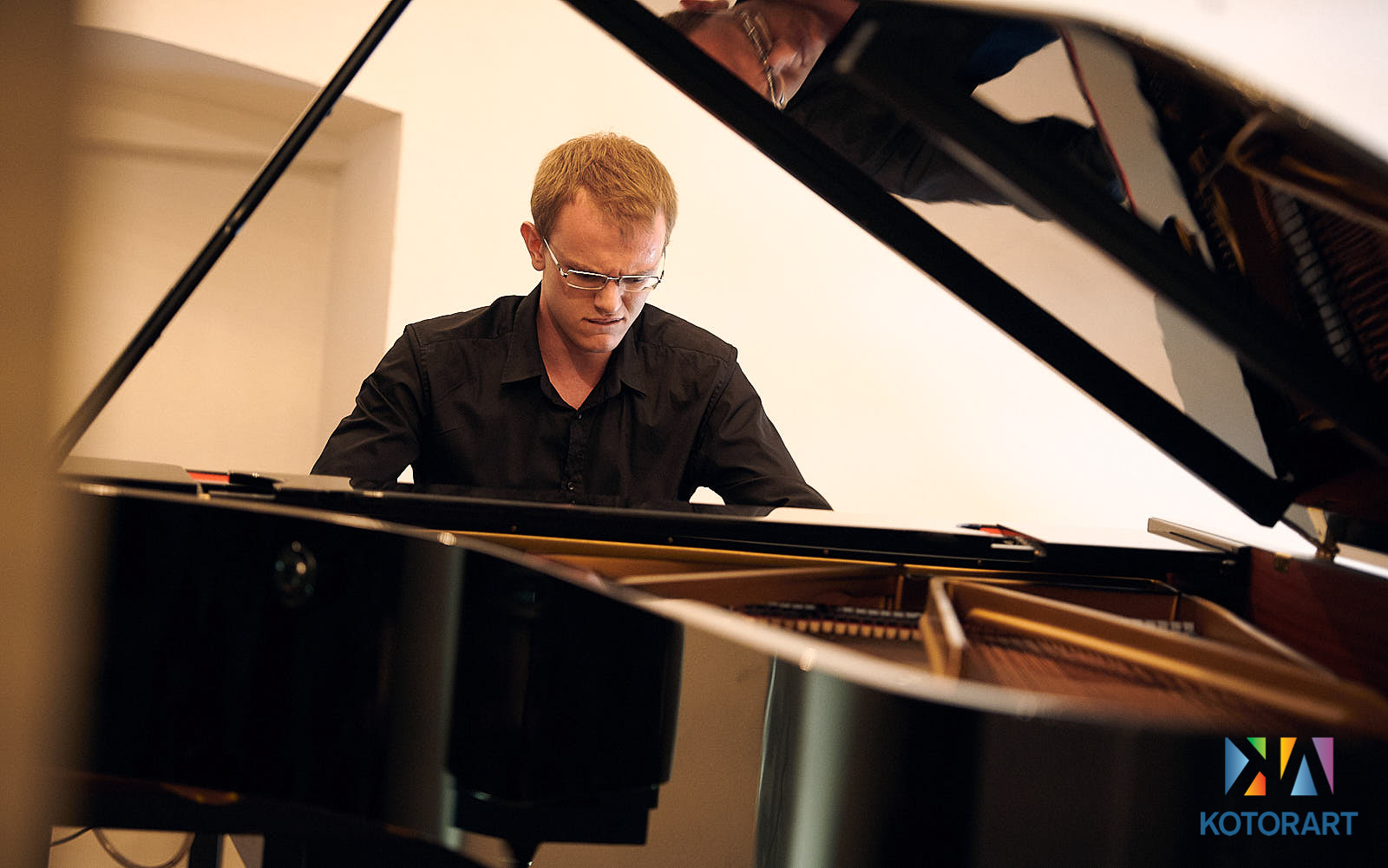 This year’s Don Branko’s Music Days devote their full attention to young talents who have already seriously stepped into the world of music. After the successful recital of guitarist Nađa Janković, young pianist Andrija Jovović performed at KotorArt. At the Church of the Holy Spirit, on Thursday evening, a full-length concert was dedicated to the music of Bach, Beethoven and Chopin. By choosing the pieces of three authors of different epochs – Baroque, Classicism and Romanticism, Jovović emphasized his control over different styles, but still, he expressed his greatest affection towards the poetics of Chopin.

This young pianist, after completing the Vasа Pavić Music School in Podgorica, under Professor Lidija Skender, started piano studies at the University of Music and Performing Arts Vienna (MDW), under one of our most appreciated piano teachers, Professor Nataša Veljković. However, like many young artists, Jovović has also understood the importance of non-formal education, so he has attended master classes held by renowned pedagogues, such as Dmitry Bashkirov, Vladimir Viardo, Yuri Kot, Boris Kraljević, Horst Leichtfried, Aleksandar Serdar and Bojan Martinović. So far, he has won first prizes at the competitions Petar Konjović (Belgrade), Citta di Avezano (Rome), Pjeter Gaci (Shkodra), the Youth Music Festival (Herceg Novi), Banjaluka Biennale, and others.

Jovović’s thorough interpretation of the score contributed to the demonstration of the monumentality of the Toccata in F-sharp minor, BWV 910 by Johann Sebastian Bach. Also, a serious challenge for a young pianist was, as well, the last Piano Sonata by Beethoven – in C minor, op. 111, complex in structure and technically demanding, set by the composer in only two movements, as opposed to the standard classical four-movement concept. With his energy, Jovović responded to the challenges Beethoven set up in the First movement, which, in physical-bodily terms, are serious even for the finest pianists. He regained his energy capacity in the third variation of the Second movement, thus pointing out Beethoven’s poetics, which, in this case, could be defined as Beethoven-like “proto-jazz”. Therefore, it is not surprising that Chopin quoted this Sonata in particular in the two of his pieces – Piano Sonata No. 2 and Revolutionary Étude. Jovović, however, decided to continue the recital with other Chopin’s compositions, performing various genres of piano miniatures: Nocturne in G major, Op. 37, No. 2, Waltz in A-flat major, Op. 42, Prelude in C-sharp minor, Op. 45, and finally Polonaise in A-flat major, Op. 53. If the first part of the program was to be the space for Jovović to show the level of maturity in interpreting the dramaturgy of a piece, hen the second part was a field of showing his musicality.