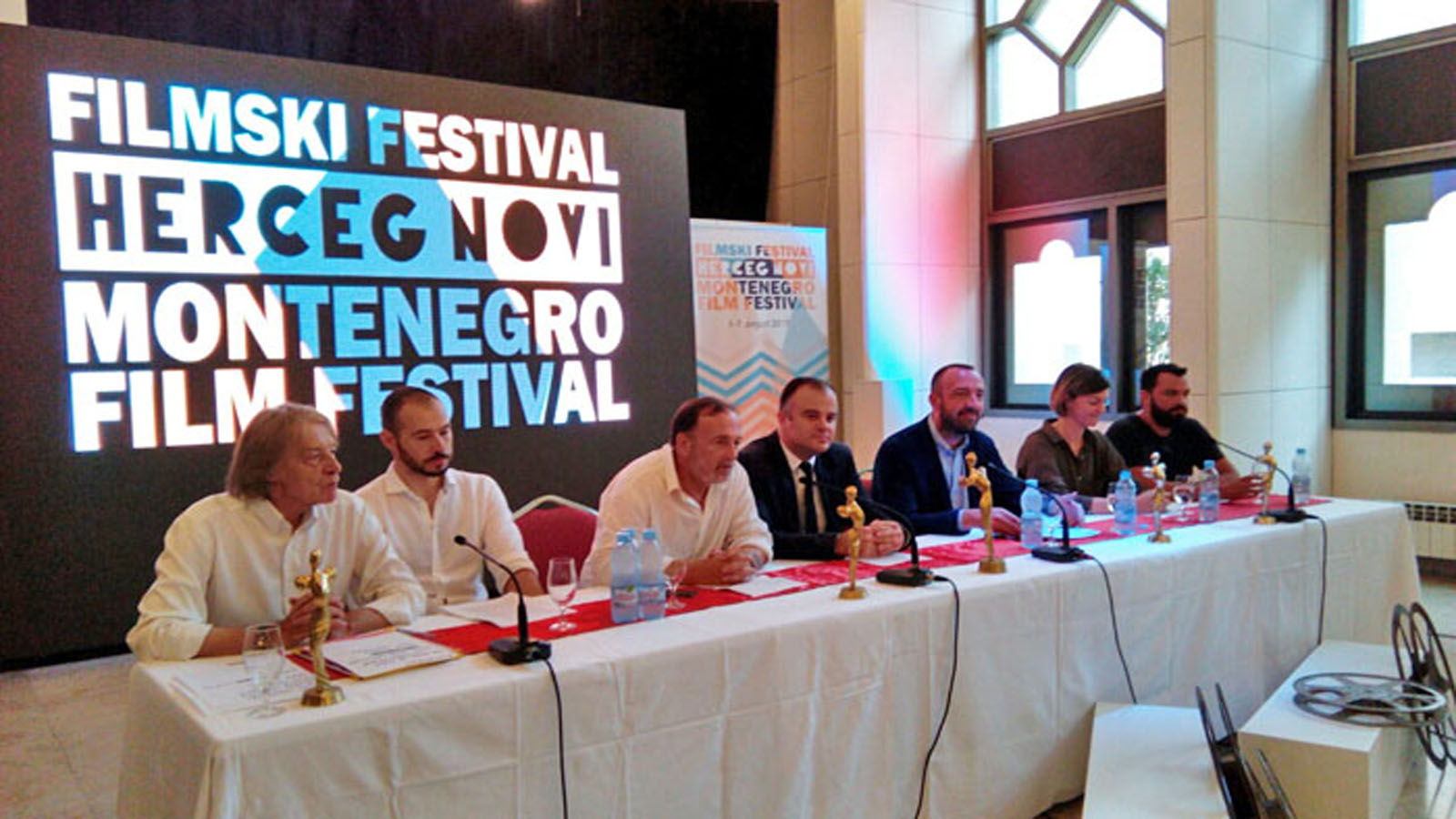 This year’s edition of the Herceg Novi Film Festival – Montenegro Film Festival will be held from the 1st to the 7th of August 2017 at various locations in the Old Town of Herceg Novi. The program includes three selections of Feature-length films, a Selection of documentary films, a Student film selection and a Film industry selection.

The director, Ivan Marinovic, will be in charge of selecting the feature-length films.

The main change for the 2017 edition is the classification of the program into three selections: the official competition selection, the selection of “Kino Orjen” and the selection “Kino Evropa”. The main locations of the festival are Kanli Kula and Forte Mare. It is important to note that the tradition of splitting the selections by location is gone this year. The locations themselves will be allocated according to the estimated number of audience members for certain films.

The festival will be opened by the regional premiere of the movie ‘’ Muškarci koji ne plaču ‘’ (Men who do not cry), which was recently given an award at the Karlovy Vary Festival. The program of feature-length films includes two world premieres of domestic films – ‘’The Books of Knjige: Cases of Justice’’ and ‘’Spark’’ by Gojko Berkuljan. 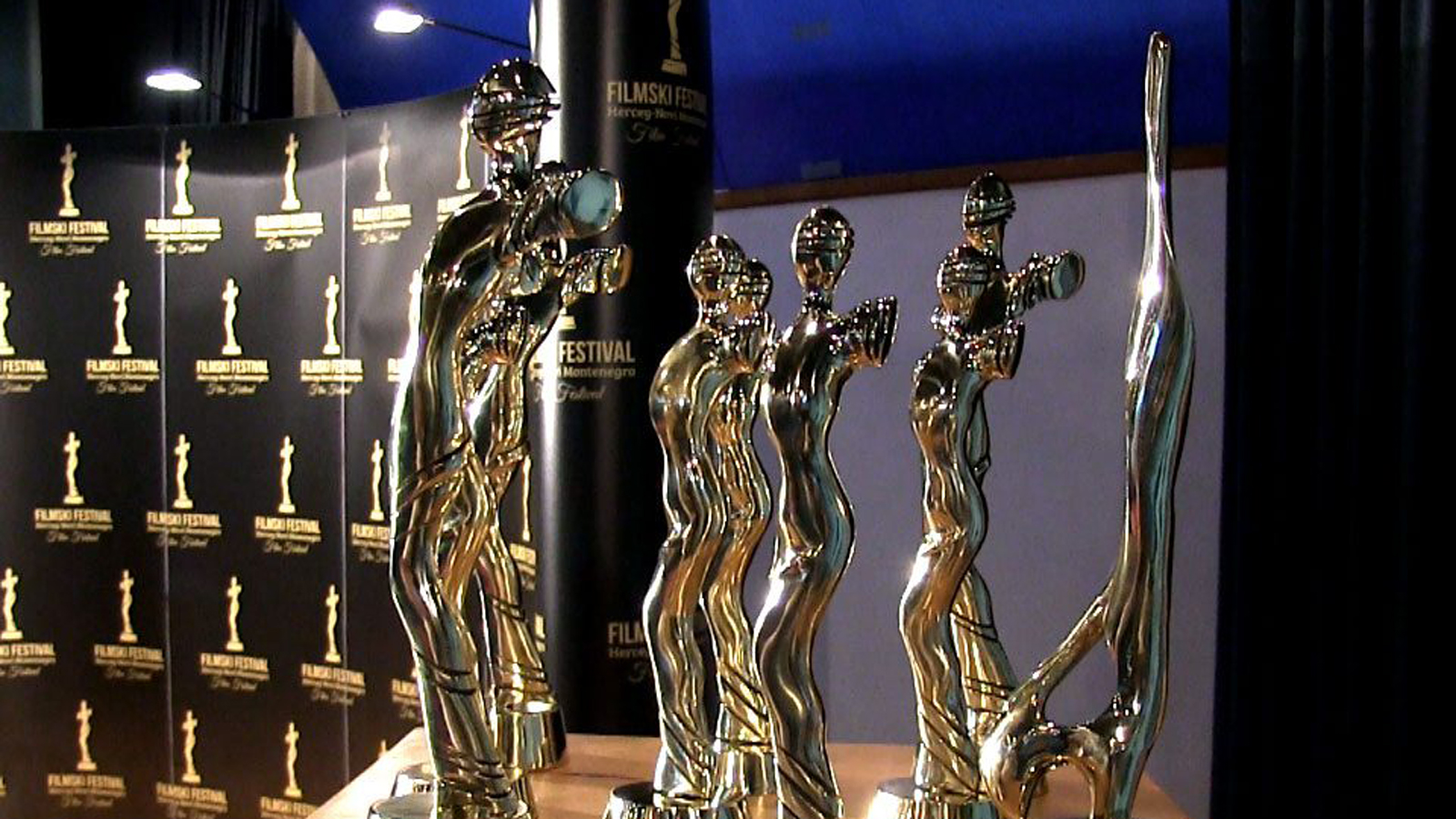 Official competitive selection is the selection of the most successful films from the region, which are exceptional artistic quality with already confirmed success.

The official competitive selection is the selection of the most successful films from the region, which are of exceptional artistic quality and have already proven their success.

All films in the Official Competition Selection will be premiered in Montenegro and will be awarded the traditional awards of the Festival.

“Kino Orjen” is a competitive selection for the films of the former Yugoslavia, which are the most interesting in terms of style and genre. Films in the selection “Kino Orjen” will compete for the “Živko Nikolic” award and a special award, which will be awarded by a three-member jury. There will be an audience award for the “Kino Orjen” as well. All this bodes well for the fact that “Kino Orjen” should have the perspective of a serious and authentic selection, with a special emphasis on the Montenegrin premiere.

Movies in the selection of ‘’Kino Orjen’’:

The selection “Kino Evropa” is made up of titles that have been extremely successful in the past year at renowned festivals. Premiering in Montenegro are:

One movie is out of the competition: ‘’Igla ispod praga’’ (Needle under the threshold) // Ivan Marinović, Montenegro

This year, the Introductory screening of films will take place in the Park Hall. The Great Hall is reserved for feature films and the Small Hall is for documentary and student films. 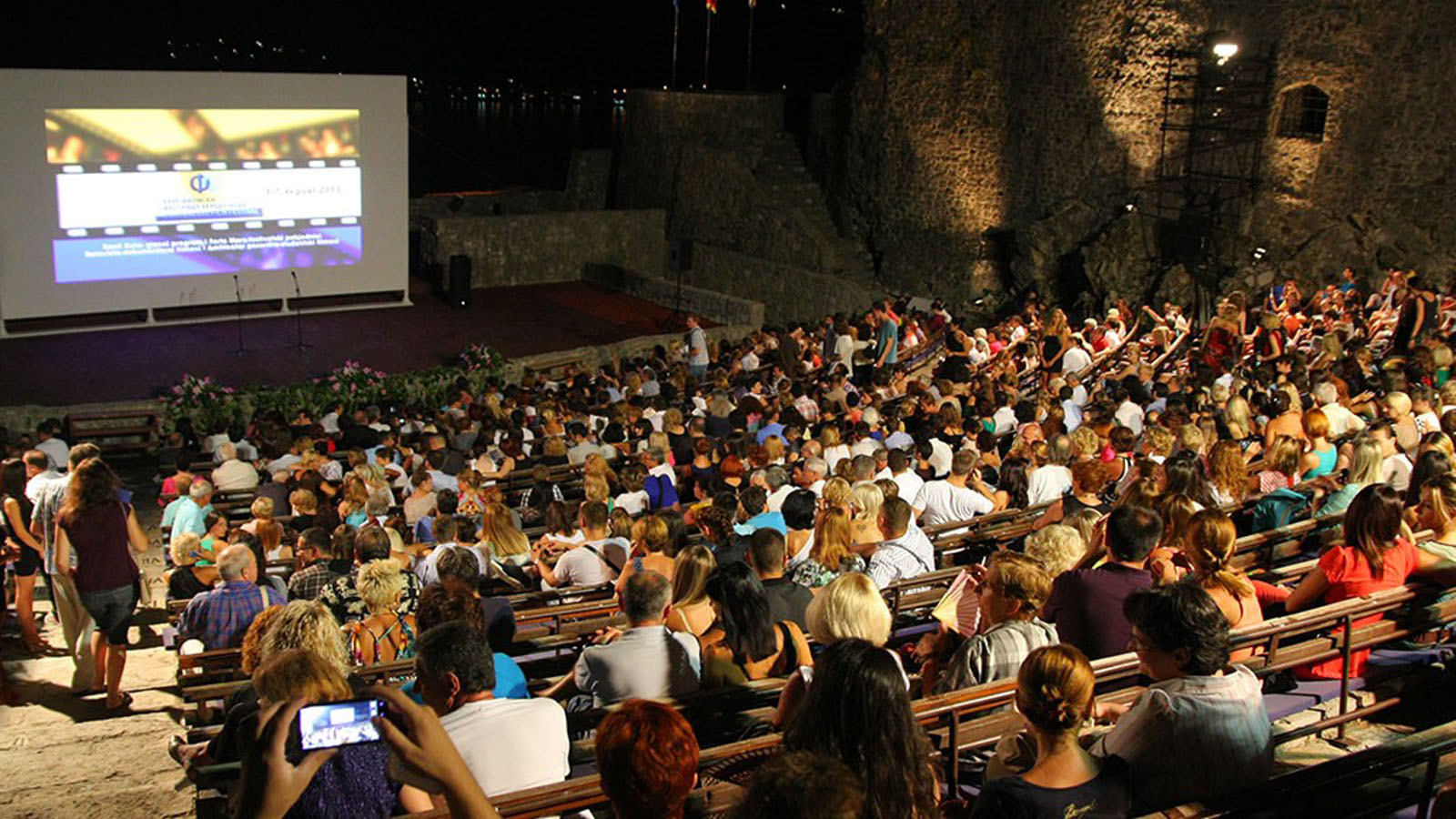 Selection of a documentary film

Jury:
1. Gojko Berkuljan, Montenegro, a young director from Cetinje, whose long-feature film appeared in this year’s featured selection.
2. Stefan Malešević, Serbia, a young author and cinematographer from Belgrade, a double winner of the recent Beldocs for the excellent film “Gora”, a student of Bela Tara in Sarajevo.
3. Janis Pothos, Greece, the author whose outstanding short film “When the Song Begins” was seen in Herceg Novi last year or the year before.

Program
The program consists of 30 movies. Since many of them are co-produced, several countries are represented; there are 32 countries across all the continents.  The directors also sometimes co-direct so there are 33 directors in total of which 15 are women and 18 are men.

Montenegro presents Danilo Marunovic with a film about the painter Dimitri Popovic, “Prelude for a Sniper”.

Perhaps this is best explained by an introductory short text:

There is no doubt that the modern world is increasingly divided into two sides. Earth slowly spins within this polarity. The two ends of the world are not the poles or the hemispheres, but rather the rich and the desperately poor. How do the people live in these two poles of the world, what are their daily worries? What are their obsessions, what are they longing for, what are they concealing and what do they hope for? The documentary paints the world as it is, in both poetic and philosophical terms and turns into it a fine cinematic experience that always gives more than a simple picture of reality.

The documentary selection of the FFHN 2017 seems to have gathered the opposites, to reflect the one to the other in our eyes and to produce a higher result in us, deeper thinking about the world, life and reality; a far cry from a mere recording or testimonial.d

Let’s all wonder: Is there enough beauty to save this world?

Dušan Kasalica is in charge of selecting the student films.
The competition program starts on the 3rd of August and lasts until the 6th of August. During the fourth night of competition, 17 student films from Croatia, Bosnia and Herzegovina, Montenegro, Serbia, Romania, Slovenia, Greece and Israel will be screened. The selection also includes films already featured at major short-film festivals like the Berlin, Drama Film Festival, Clermont Ferand, etc. The duration of the event will be between 60 and 90 minutes. Before the screening, there will be a short introduction of the movies and the filmmakers. After the screening, a Q & A will be held with the students.

The Awards that will be given by a three-member jury, Natasa Damnjanović, producer (Serbia), Draga Baćović, scenographer (Montenegro), Tina Šmalcelj, screenwriter (BiH), are: Award for Best Student Film and two special awards.

The main location for showing the films is the Amphitheater of Hall Park and the small hall in the Hall Park for prize-winning projections.

For the 2017 release, our main goal is to combine accompanying programs that offer educational and practical content to film professionals since we plan to have more guests, from Montenegro as well as other countries in the region. It is important to emphasize cooperation with the Faculty of Dramatic Arts Cetinje, because this year, for the first time, all the students that are interested in volunteering at the festival, will be included. They will be able to acquire practical experience and also attend all the industry programs.

Several programs are planned that belong to the industry:

– Focus Greece – Presentation of contemporary Greek short films in cooperation with the Film Center of Greece. We are planning to host the young Greek writers and representatives of the Greek Film Center.
– ZFF presents: The discussion and presentation of the Zagreb Film Festival industry, with an interview on the importance of the industry-specific sections of the festival, guest: Inja Korac, co-director of the industrial section ZFF
– Masterclass: Milco Mancevski
– Lecture on the development of the scenario, in cooperation with the MEDIA desk Montenegro, lecturer: Srđan Vuletić
– Presentations: Montenegrin Cinema 2017 (Film Center of Montenegro, Association of Film Producers and Directors)

The daily program is coming soon on our website. 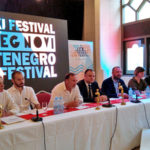