The House of Revolution 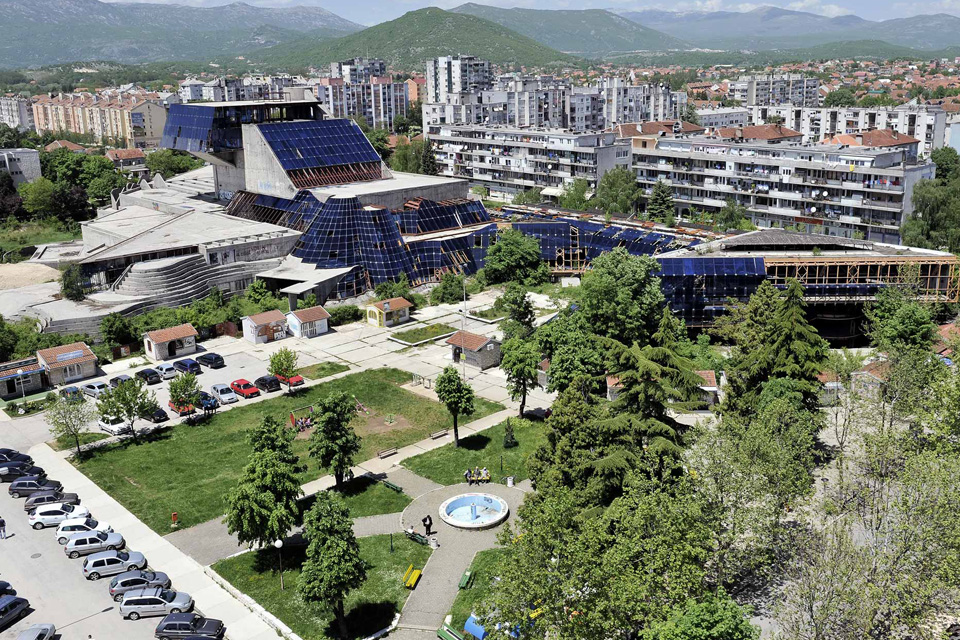 The House of Revolution is a splendid monument that was designed to amaze all of those who would visit it. It was meant to be a place of gathering, solidarity, socializing and enjoyment. Today, this abandoned monument, covered in shattered blue glass, serves as a nostalgic symbol of the collapse of a once strong social system. 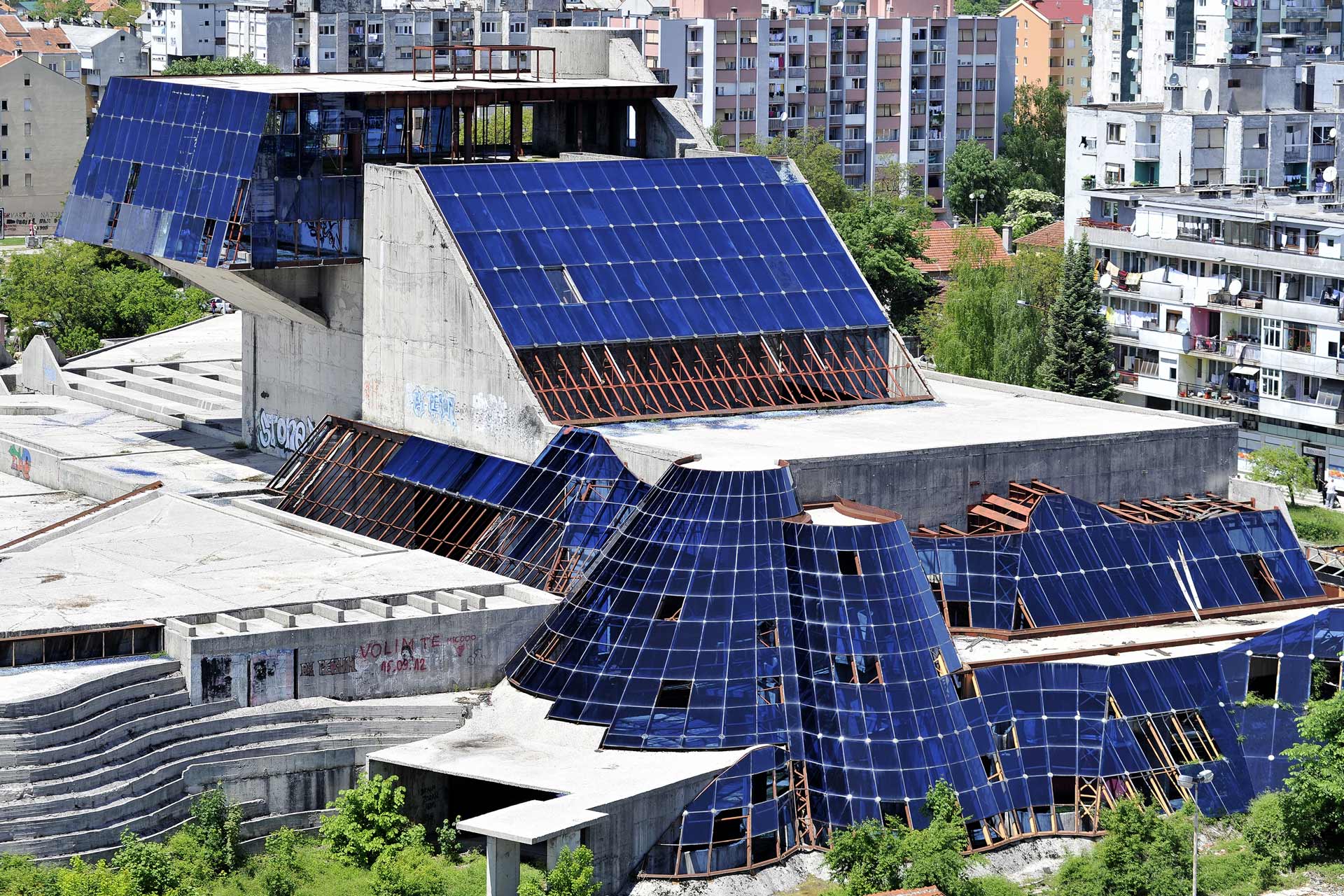 It was decided back in 1974, to build a war memorial center in Niksic. It was later named “Dom revolucije” (Home of Revolution) to honor the Yugoslav partisans who gave their lives in WWII. The plan for this large complex was to incorporate a covered theater and a summer amphitheater, a conference center and cinema, school rooms, offices, galleries, studios, radio and television suites. It would even feature a national restaurant, a library, a youth center and a café.

According to the conceptual design made by the well-known Slovenian architect Marko Mušič, the area of the monument was supposed to be approx. 7 000 square meters. However, during the realization of the project, it significantly deviated from the original idea, and the area increased over time to today’s 22 000 square meters. For the supporting structure alone, over 400 tons of steel was used, which is enough to build 3 000 residential flats. 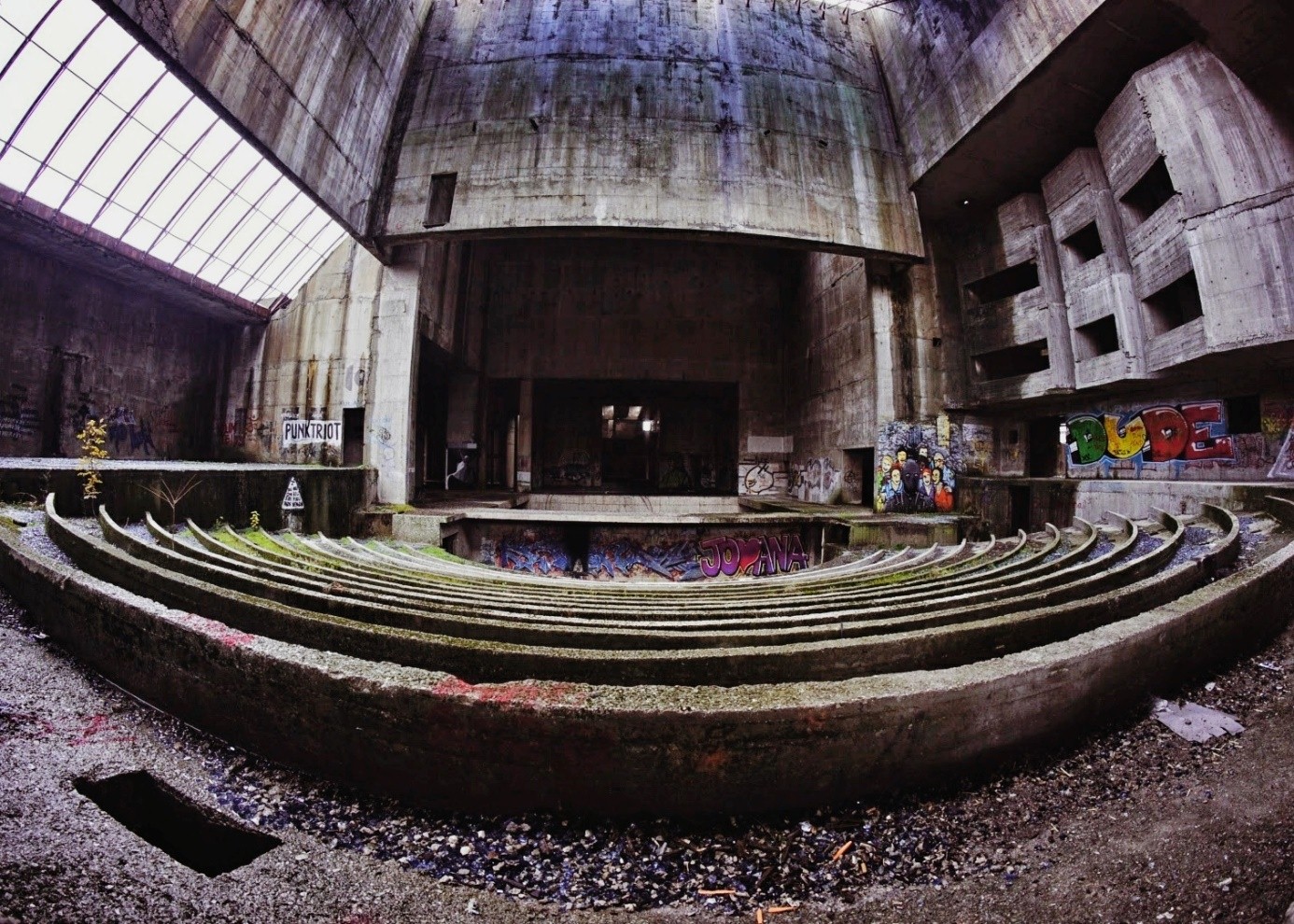 It was designed to accommodate 7 000 people at once, which equals one quarter of the population of Niksic, Montenegro’s second largest city, and the booming industrial center of Yugoslavia.

Socioeconomic and political crisis caused the disintegration of Yugoslavia in the eighties. As a result, the construction of the building was progressing slowly up until the late eighties when it ceased completely.  It left this massive area unfinished and waiting for a new promising project.

Nowadays, the youth uses this building as a meeting place and a spot for young artists to express their creativity through interesting and witty graffiti. 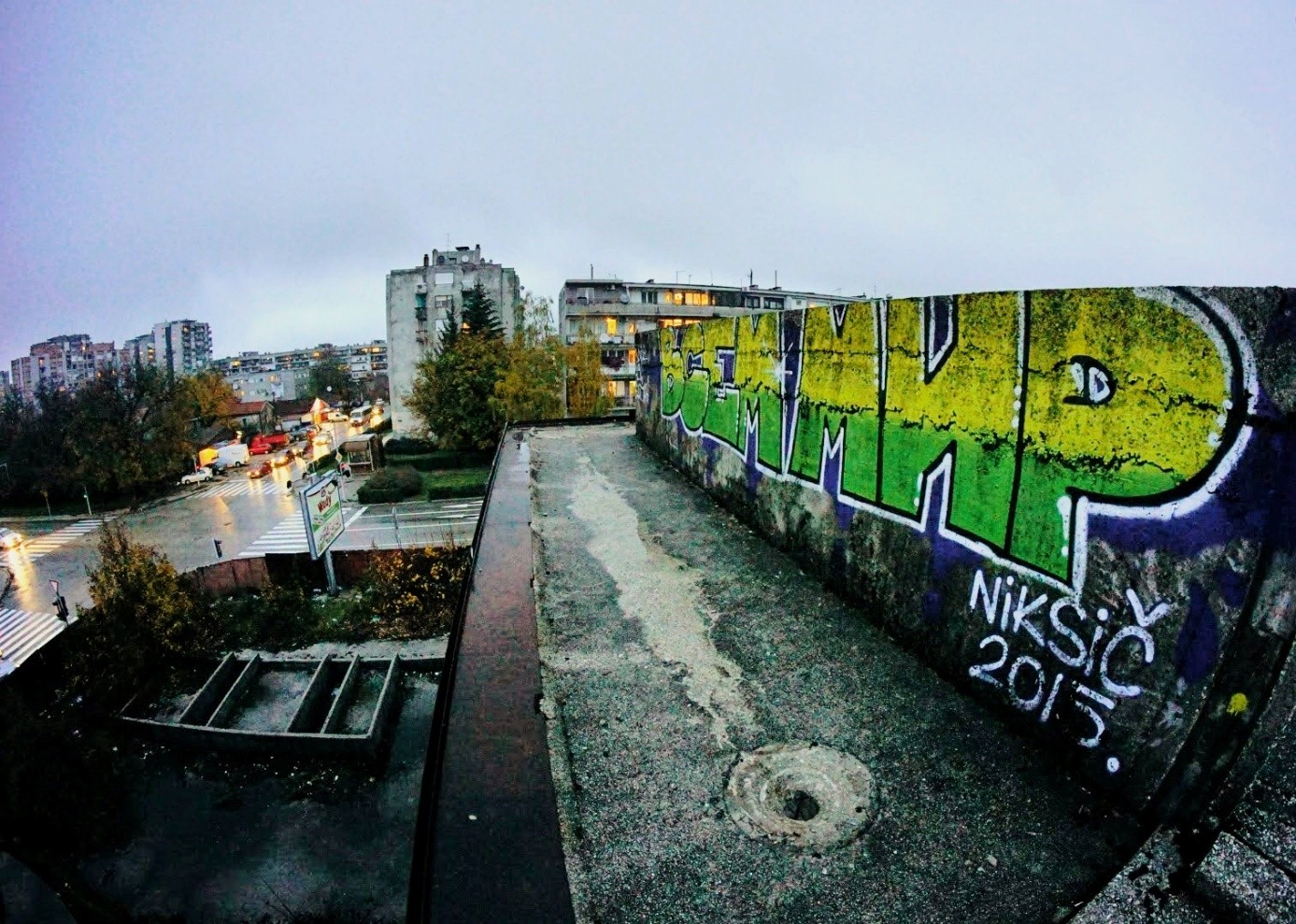 Although open to the public, wandering inside of the building is extremely dangerous. Left decaying for decades, parts of it are very unsafe, with the floor partially covered in broken glass from the shattered windows. 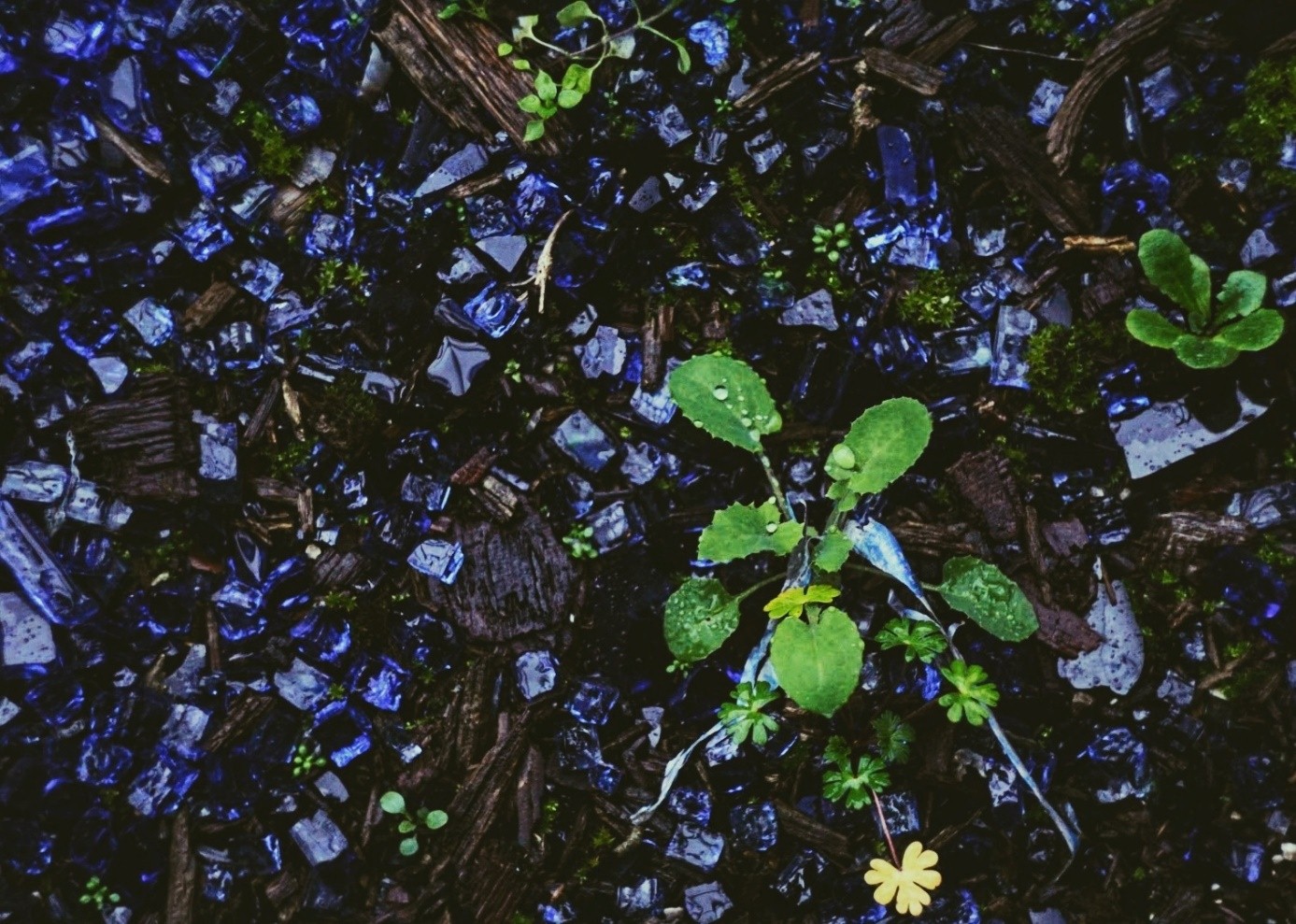 Contests for the best design and project for the House of Revolution were held multiple times over the past years, but it wasn’t until recently, in June 2017, when the final and the best one was chosen. The total budget for the project for reconstruction of the building is estimated to be around 11 million euros. The first phase of the project involves cleaning the building, dismantling the existing facade and preparing the site, while the second phase will be the rehabilitation of the steel and concrete structures on the building. The entire area of the House of Revolution will be adapted so that it becomes an urban landscape and a secure public space. 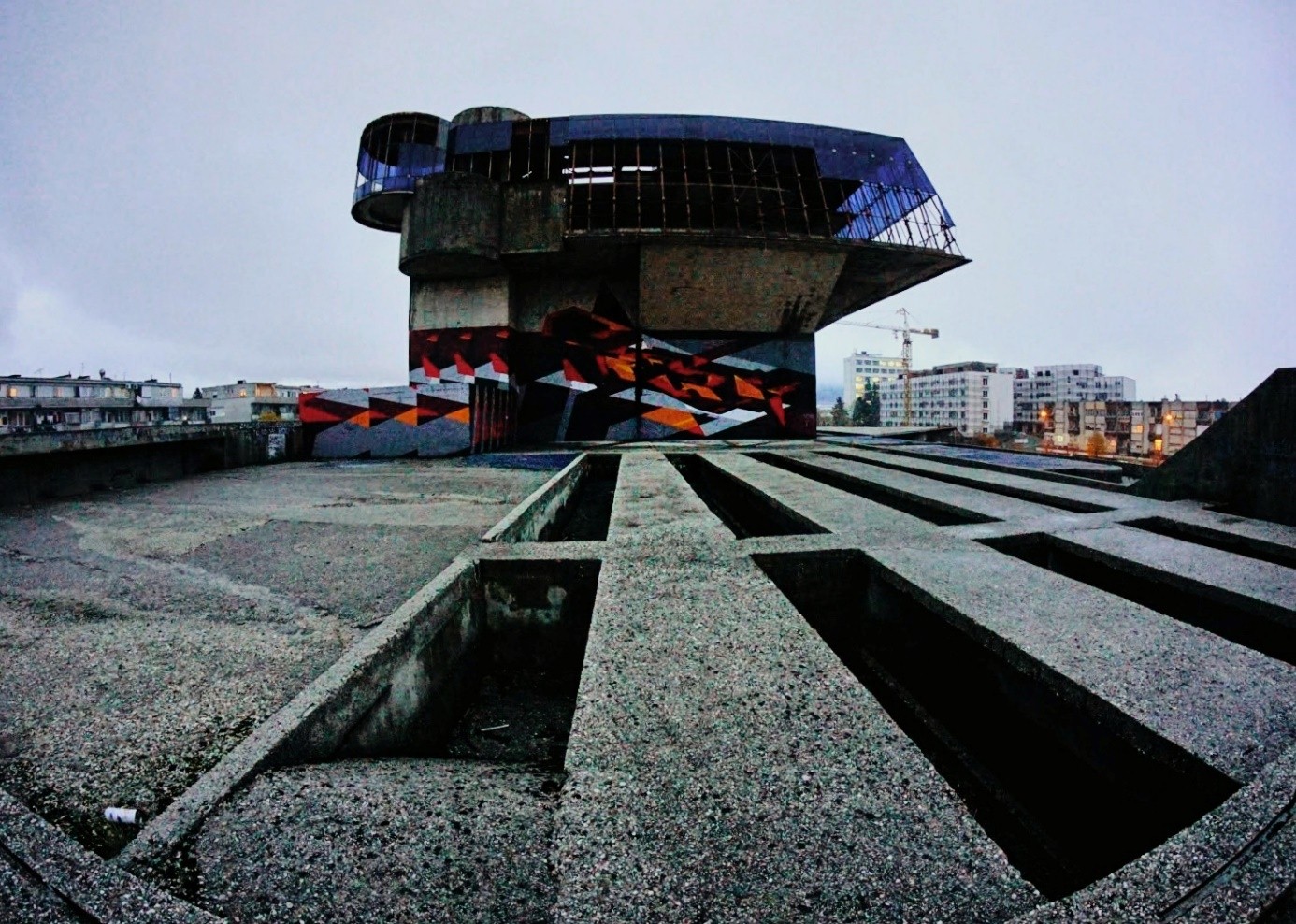 While the monument still waits to be reconstructed and put into use, it remains a symbol of a rich and powerful history.