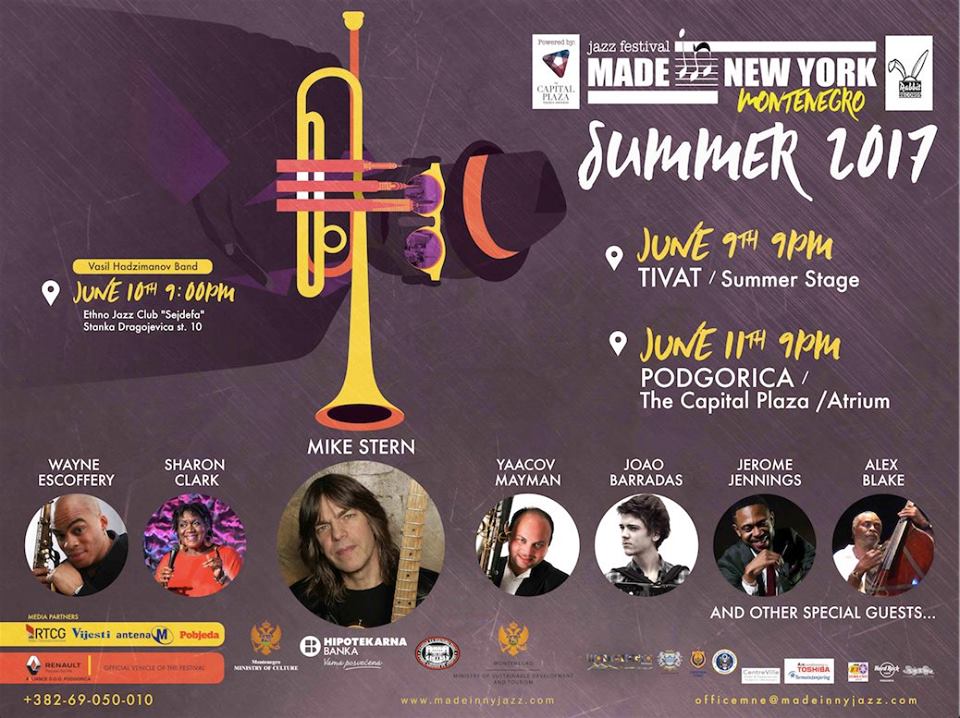 The summer has started and traditionally every year it is opened with the “Made in New York Jazz Festival”, which is organized by Rabbit Records. We have collected for you the short overview of the guests, who are visiting Montenegro this year. Feel the coming vibes of unbelievable jazz talents from all over the world. See more information about the three days’ event here.

He toured with Herbie Hancock and performed and studied with several jazz greats. In 2014 he won the 62nd Annual Downbeat Critics Poll for rising stars on the Tenor Saxophone and in 2010 won a Grammy with The Mingus Big Band. Currently, he is a member of The Tom Harrell Quintet and has been since 2006. He has also co-produced four of Harrell’s latest recordings.

Encouraged to make jazz a career by her father and high school music teacher, Sharon Clark began her professional career with the Bottle Caps doing promotional work for the Coca Cola Company. Equally adept with jazz, blues and gospel, Clark has a husky but mellow voice with good phrasing and diction. She is also a fine interpreter of lyrics. (Source: allmusic.com)

A six-time Grammy-nominated American jazz guitarist recognized as one of the finest electric guitarists among his peers. His albums were nominated for the Grammy Award for Best Contemporary Jazz Album six times. (Source: mikestern.org)

Originally born in Moscow and hailing from Israel, for the past 14 years Yaacov Mayman has been contributing his unique musical voice to the vibrant New York Jazz scene, earning high praise equally from his peers, musical critics and from his multi-faceted audience. Yaacov Mayman is a many-sided composer, whose music incorporates his strong influences by John Coltrane and Dexter Gordon, his deep roots in Be-Bop and his exposure to World, Israeli folk and Classical music into one fresh, unique and original style, full of punchy, unpredictable rhythm riffs, inspiring melodic twists and touching lyricism, forming a breathtaking metric kaleidoscope. (Source: http://yaacovmayman.com/)

He is an internationally traveled artist whose distinct sound reflects a fierce connection to the swing tradition, soul music, and hip hop. One of his current projects is playing alongside Christian McBride and Christian Sands as part of the Christian McBride’s trio. (Source: jeromejennings.com)

One of the most reputable and widely acknowledged European accordionists, working simultaneously on classical, jazz and improvised music. The most famous artists say about him:

“I regard João Barradas as a beacon in the future development of the accordion as a serious instrument. He is a master of all styles from classical repertoire and is the most convincing jazz improviser I have heard to date on the instrument.” – Gil Goldstein

He is a post-bop jazz double-bassist and electric bass guitarist. In 2011, he was inducted into the Brooklyn Jazz Hall of Fame and Museum, receiving a Lifetime Achievement Award by the Central Brooklyn Jazz Consortium. What makes us great are the accolades that are born and matured within, the ones we nurture ourselves, our personal themes, values, and experiences, our courage and constancy. The strength to push on, to create a path that refills us, a memory that fosters our dreams and the destinies we choose. After all, we are in charge. (Source: alexblakebass.com)

Remarkable guitar and piano musician Sule Jovovic is a well-known artist in Montenegro and Ex-Yugoslavia. He finished the Music Academy in Cetinje and became a leader of the first Montenegrin jazz band “Piva Jazz”. He has collaborated with many distinguished musicians such as Steve Gut, Kathy Farmer, Francois Zeno, Predrag Revišin and others, and from 2007 worked as a professor in the School of Arts in music and ballet “Vasa Pavic” in Podgorica.

For the past 15 years, Vasil and his musicians have continuously played their compositions in concerts and jazz, rock and world music festivals all over the world, with big success. Every album by VHBand, and every music piece of theirs, was declared in Serbia as artworks of cultural significance for this country.Vasil’s ideas of mixing Balkan traditional, folk rhythms and melodies with the western, modern musical styles (jazz, funk, world music…) in his own music, is completely authentic and a new approach to fusion and jazz music. It was these ideas that inspired him to form this band, back in 1995, when they made their first recordings and started performing live, for the first time. (Source: vhband.com) 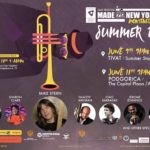