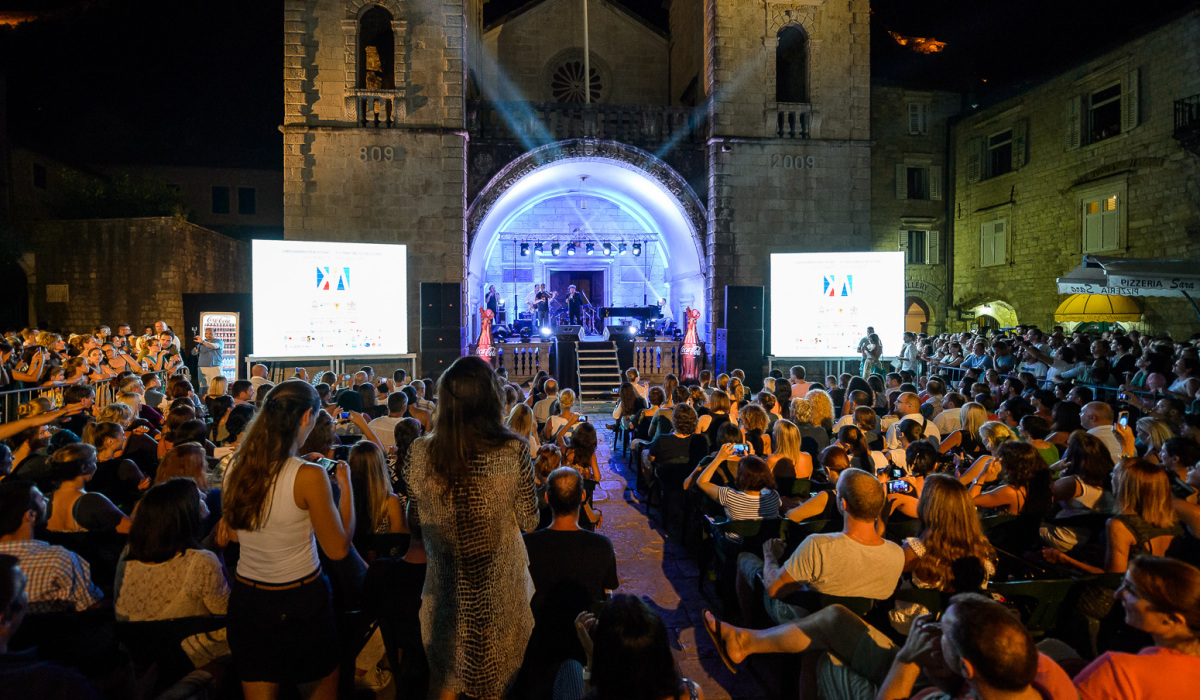 As a part of the sixteenth KotorArt Don Branko’s Days of Music in Kotor, this year probably has the best selection of jazz pianists in the region: Bojan Zulfikarpašić, Vasil Hadžimanov, and Matija Dedić! All three will be presented to the Kotor audiences at concerts in the Summer Scene in August. This year, we have Jazz performances on the stage of KotorArt thanks to the piano and pianists. The first of them, Marko Črnčec, performed with the violinist Stefan Milenković, as well as colleagues that are members of the Ensemble Tango Compass. He studied jazz piano in Graz, and as a multi-instrumentalist he wrote musical arrangements for jazz and pop ensembles.

Pianist Bojan Zulfikarpasic will only perform once accompanied by Amire Medunjanin at a concert on the 11th of August on Kotor’s Summer Stage. This artist, who has built a worldwide career starting in Paris, studied in Michigan and connects jazz with the traditions of Balkan music. He has recorded several albums and has so far performed at more than a thousand concerts at the most famous festivals such as Montreal, North Sea Jazz and the Paris Festival. He is the founder of the French Order of Art and Literature of the French Government, since 2002 and the recipient of the Jango Reinhart Fracnus Jazz Academy award.

At the end of this year’s Don Branko’s Days of Music, on August 13, at the Summer Stage, two pianists with different profiles, Matija Dedic and Vasil Hadzimanov, will perform. Both come from well-known musical families, whose parents were prominent in the popular jazz scene of the legendary Yugoslavia. While Vasil was interested in music thanks to his parents, mother Senka and father Zafir, Matija was introduced to the world of music by Gabi Novak and Arsen.

Vasil Hadzimanov studied at the Berkeley College of Music, and collaborated with artists such as Garrison, Pekam, Jenkins, Garzon, Dieng, and others. He is the composer of the music for several films. He is known for combining traditional Balkan rhythms and western styles of music.

Matija Dedić, graduated from the Jazz Academy in Graz and collaborated with Taylor, Gelper, Dobins, Heris. He has performed in almost all the European countries and in the USA, including notable performances with other jazz musicians. He has recorded several albums and the last one, that he released at the beginning of this year, was a dedication to his father, Arsen.