Data is a gold 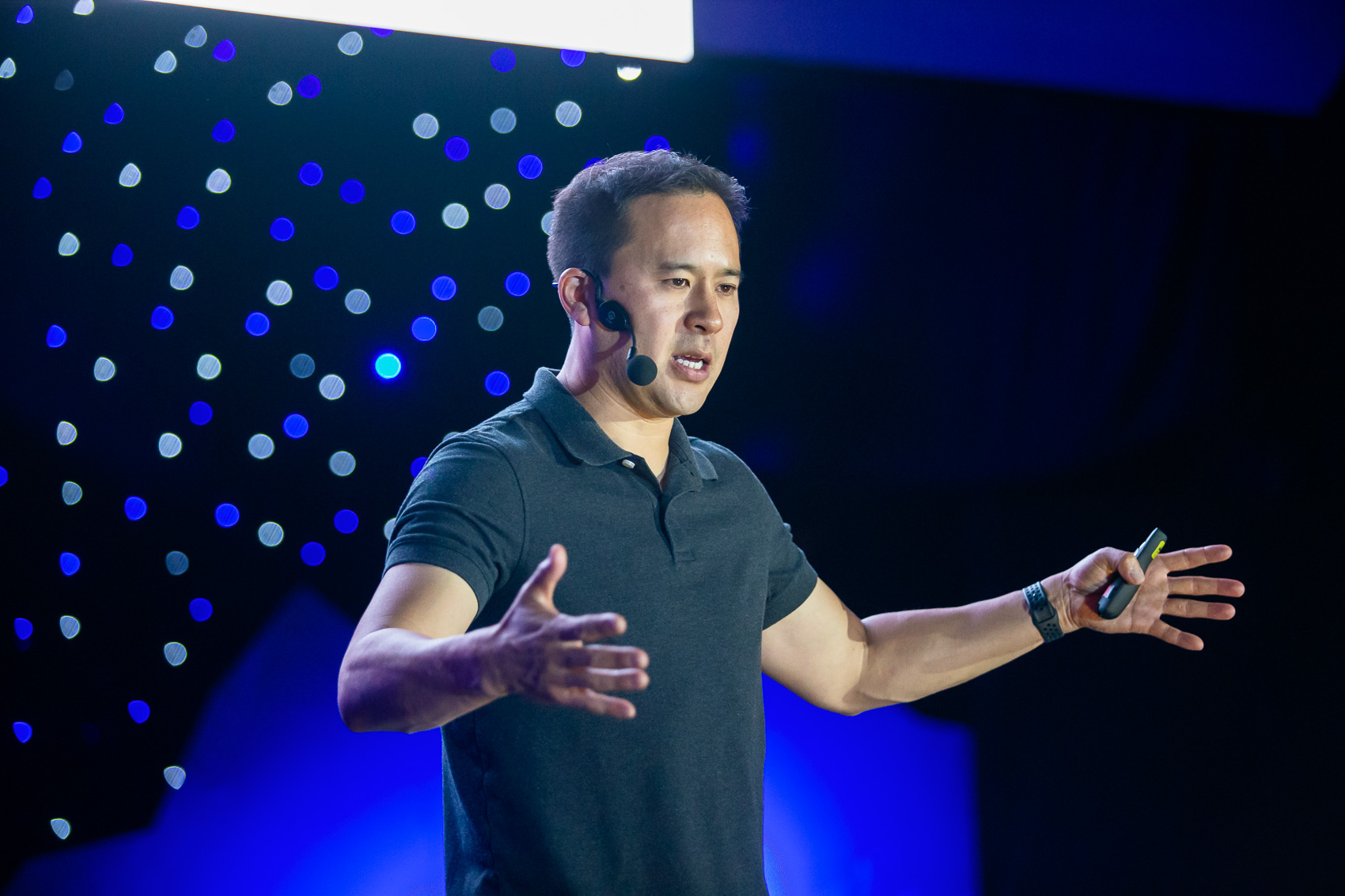 The speed of technology development and its penetration to our lives is quite high already. The society can never be ready for it, but it can evolve and, if we can say, “upgrade” its life along with those tech developments.

Jeremiah Owyang, Founder, a Founder of the Catalyst Companies Innovation Council, who focuses on advising and supporting corporate innovation leaders and enables organizations to act on technological disruption based on original research resulting in pragmatic recommendations, has talked to us and explained which direction the economy is moving, and who has the real the power nowdays.

SV: You are talking about the six digital eras, namely the Internet, Social Media, Collaborative Economy, Autonomous world, Modern wellbeing, and Off planet. We are now at the collaborative economy stage. When do you think the next one will come?

JO: Autonomous world is being tested. That comes out of the collaborative economy, where people are sharing cars or homes. Those cars and homes are now becoming automated. We see self-driving cars on a regular basis in Silicon Valley; people are installing smart home appliances and devices in their homes, cameras. So it’s pretty starting to happen. However, it’s not mature. It’s really in the testing phase, and there are regulations to make sure their safety. But, we’re moving faster and faster through these eras. It’s not like we wait for several years if it’s happening within just a few or a couple of years.

SV: Nowadays, with the massive exposure to applications and services, we tend to use physical objects via apps. Where do you think it leads us as a society?

JO: Right, so right now, the world is being mad digitally. We’re using sensors, you know, also known as the Internet of Things, we’re scanning the world with digital cameras or using GPS. The whole world is becoming digitized. From there, we can identify which resources could be shared very quickly, and it makes things more efficient. For example, a block can share a bunch of trucks or a van; you don’t need a truck or van every day. This approach could reduce the cost, congestion, and traffic in a neighborhood. Many items can be done in that way. The physical world is becoming digitized, which results in new efficient business models.

SV: What are the advantages and disadvantages for a brand that produces trucks? They used to produce them for selling, but today, due to the collaborative economy era, fewer trucks are needed.

JO: They have to rent them out, and they have to create the same service models. I was recently at Mercedes Innovation Lab in Silicon Valley, and I spent time at Cruz, which is owned by General Motors, and Tesla’s CEO, Elon Musk, they all believe that those cars will be available on demand. You can borrow a neighbour’s car or rent it from them. So there is a variety of business models. But, essentially, the car manufacturers know they need to offer on-demand mobility services, rather than sell a car out. Now, in some cases, Ford has even partnered with car-sharing startups, so you could purchase an economy Ford vehicle, list it out for rent, and generate cash flow. There are several business models, but the trend is pretty clear: in a few decades from now, most of these vehicles will be shared.
In many cases, you may not own all of these things that you don’t use all the time. The final status – cars are used, I believe, around 5% of the time, 95% of the time they’re parked. And that’s not really helping.

SV: In many cases today we don’t own things – we rent them, as opposed to the former model of investing. What do you think will be the most valuable investment in the future?

JO: The data. In the past, we would say, whoever owns the real estate, you know, generates the wealth. Yes, there’s still truth in that, but whoever owns the data, can control the customer experience and where the resources shift, even on top of real estate. Therefore they will have the first rights of monetization without having to own land and mention land liabilities and the taxes of the land. So whoever has the data, they have the power. Data is gold.

SV: We collect data daily from all the devices that we use – bracelets, phones, watches. What should we do with this data?

JO: So the biggest concern is where is this data going? Is it going to Silicon Valley? Or when we’re using apps and the information is going to other countries? Is it floating between telecom systems and multiple governments, who are harnessing and harvesting it? Where is it being stored? Nobody really knows. People don’t read the fine print. And what if these companies get acquired by a foreign company or government, we don’t know. And this is a major risk. So what’s happening right now is we’re trading convenience for privacy. We’re not thinking about it and what it really means. We’re just doing it. Governments are doing, businesses are doing it, and citizens are doing it without clear regard.

SV: So basically, we don’t own the data that we produce?

JO: It depends on the terms of services of which company we’re talking about. However, in most cases, you’re often signing that data over, unless you’re paying a premium for a particular product. In the case of the Apple phones, that data is likely safer because you’re paying so much money, and they’re not enabling government’s to open those phones to collect that data out of the phone. But if it’s a free product, then, yes, your data is… I can pretty much guarantee it’s being sold or monetized, and you probably don’t know how it’s been used.

SV: In most cases, private companies produce most of the apps. Does it mean that all the information aggregates at such companies?

JO: That’s right. So the powers going to the companies that are creating the tech. We could go back into history and look at feudalism and three major roles: there are the Kings, who grant the land to the Lord’s, and the Lord’s enable anybody else around them to become the serfs, who do the work. So the Kings are the investors or the VCs, the Lords are the entrepreneurs, who are creating the tech, and, if you don’t identify with those two, you’re probably a serf. Yes, that’s kind of bleak, I realize, but that’s the reality of what’s happening.

SV: If you could dedicate your life to solving just one problem on the planet and have unlimited resources for that, what would it be?