João Barradas: Treat people as you would like to be treated and stay focused on your identity

Today we talk to one of the most reputable and widely acknowledged European accordionists, working simultaneously on classical, jazz and improvised music – João Barradas. Born in Porto Alto, in the parish of Samora Correia (Portugal), he started studying accordion at the age of six at a small music school; at the age of nine, he was admitted directly to the second year of the Official Accordion Course at the National Conservatory, which he finished later with the highest mark of 20/20. By 25 he had already earned a lot of musical awards in the jazz music arena and became an acknowledged virtuoso accordion player. This summer João Barradas performs at the jazz festival “Made in New York Montenegro” on June 9-11, 2017. We were very curious to discover what is hidden behind this unbelievable talent and asked Joao several questions about himself.

#mnetoday João, you were very young when you started playing the accordion (six years old).  Please tell us what made you choose that instrument. What influenced your choice?

JB: I was in kindergarten when a button accordion was presented to me during a masterclass about Portuguese culture. I just loved the instrument, that strange box with lots of buttons. At the time I was not much into the music. As a young child I was really impressed by the mechanics. Today I’m so happy that I picked this instrument. What a box!

#mnetoday You compose the music as well. For our readers who have never heard your music, explain your sound in 5 words.

#mnetoday Where do you draw inspiration from when you write songs and what’s your favorite part about the process?

JB: I just love the process. It is something that I’m constantly doing. It’s part of my life and a kind of therapy. It’s really difficult to explain. But I really like to start with one idea, then I stick to that idea and finish the song even if I don’t like what I’m writing after that first motif. I just do that… Then I repeat the process over and over again till I really like the result. Personally, I feel that it is one of the best things to do as a musician.

JB: I try to practice as much as possible. I work every day on my tempo, harmonic and melodic vocabulary. Those three points form the pyramid of my practicing. It’s really spontaneous in the way that I just work at what I’m unable to do at the moment. Sometimes it gets very frustrating but the final result is rewarding. 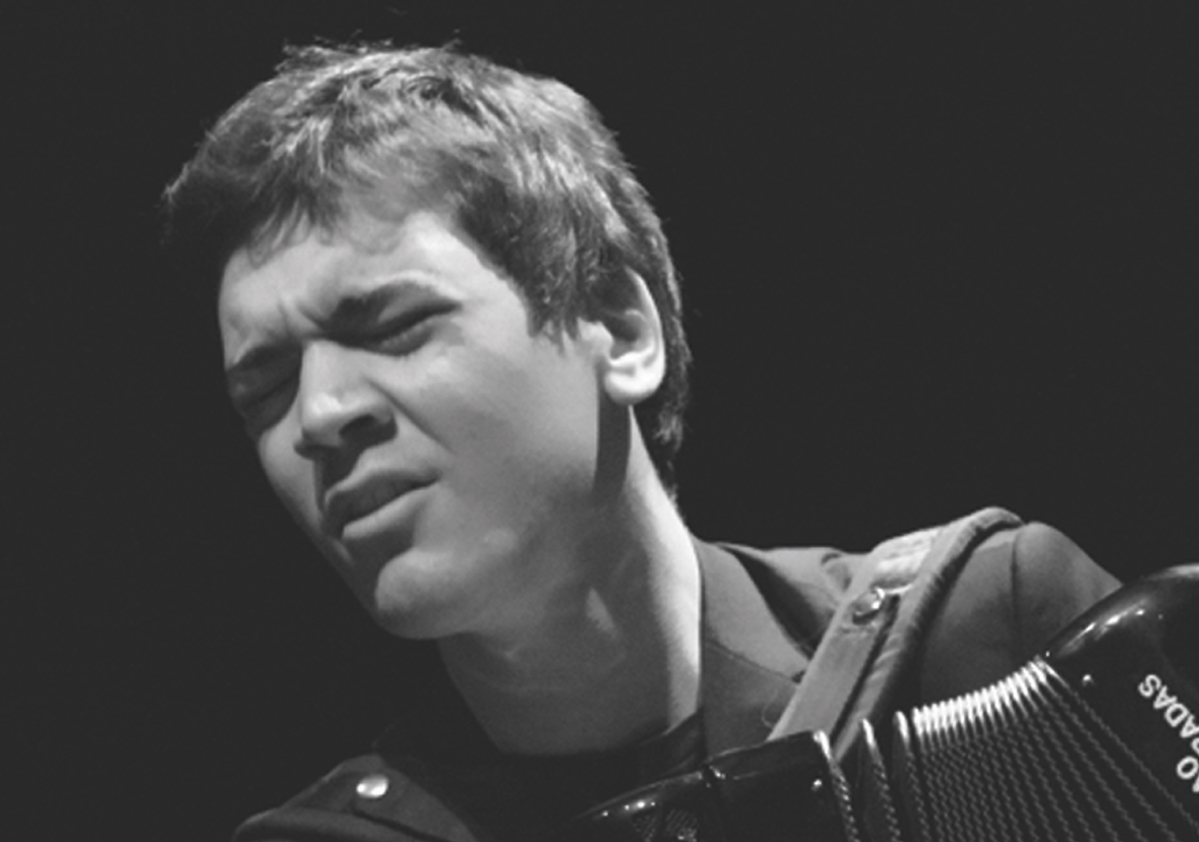 #mnetoday Who are your musical influences?

#mnetoday How do you handle mistakes during a performance, if there are any?

JB: I truly believe mistakes, or the mindset to accept mistakes in a performance, is a necessary condition for real improvisation. I live with the mistakes as a form of understanding my difficulties and a method of opening new paths into music that I probably would not be playing. I try to play as clean as possible but sometimes the moment wins and mistakes can happen. Mistakes are a beautiful thing if you can learn and work from them.

#mnetoday João, you have played and keep on playing a variety of compositions throughout your life, but tell us, if you had to turn on your iPod right now, which five artists/songs would appear on your recently played list?

#mnetoday If you could open for any artist on tour right now who would it be?

JB: I would love to open for Herbie Hancock or Chick Corea. They just shaped my midi accordion’s sound!

#mnetoday What are the five things you can’t live without?

#mnetoday Do you ever get nervous?

JB: Sometimes I feel the pressure. Right now I’m really accepting the idea that mistakes can and will happen; especially the way I play and the music I love. You have to try and there’s no holding back. And sometimes not holding back is just playing that silence between some chord changes, or even a note. It can be 12 bars playing 8s nonstop at 300bpm. The moment will dictate what to do; the interaction with the rhythmic section.

#mnetoday Has there been one particular moment in your musical career that you’re most proud of?

JB: Something very personal but in 2014 I really felt that I made a lot of progress in my harmonic knowledge and feeling the time and those two factors really opened up a lot of new doors for my music and completely changed my position in the scene. It was such an important year for me. That personal progress is the moment that I’m the proudest of. Of course, playing with greats like Mike Stern, Greg Osby, Rufus Reid, Fabrizio Cassol, Gil Goldstein is always very rewarding but I have to say that year changed my life.

#mnetoday What’s next for you?

JB: I will be touring quite a lot with my first release “Directions” on Inner Circle Music that features Greg Osby and Gil Goldstein, performing the music in some national and international festivals. Other than that I will be working with some artists in Europe and by the end of the year, I will present a new project that will conclude in a new album that I will record in NY. A trio album called “III”. And the band will be a nice surprise!

#mnetoday What’s your motto or the advice you live by?

JB: I don’t really have any. I just try to keep practicing and get better at what I love to do. But that means to live as well; friends, family, girlfriend, travel, relaxation, hobbies, everything must be inside the box that is your life. To summarize, I would give this advice: “Practice what you love to do, get better at it, treat people as you would like to be treated and really stay focused on your identity” – I try to live by that. Sometimes we fail but… mistakes are part of life!

#mnetoday What is the funniest thing that has happened to you recently?

JB: They say comedy is “Tragedy + Time.” I was at the Hot Club of Portugal in Lisbon playing with my band. The house was full… Everything was perfect… The sound, the food, I was really excited to play… 21:30 – I just picked up my midi accordion and it just shut down completely, no signal at all. I asked on Facebook if someone could lend me an accordion in order to perform the gig, called friends, asked some shops, no one had an accordion. A friend of a friend calls me and tells me that 40Km way he has a midi accordion that his wife could lend me. We drove to his house and got the accordion. The concert must start! I’m on the stage with lots of people looking at me, I’m plugging the midi cables in when I receive a call from him… He forgot that the accordion was broken too. Now I have two accordions that don’t work on the same stage. He tells me that the only way to work with the accordion is inserting 12(!) battery in it. Everything is closed in Lisbon by 22:00 so I just run to a friend’s house and borrow all his stacks, hoping they still had energy. I come back, 10 minutes later… We did the concert! What a journey…