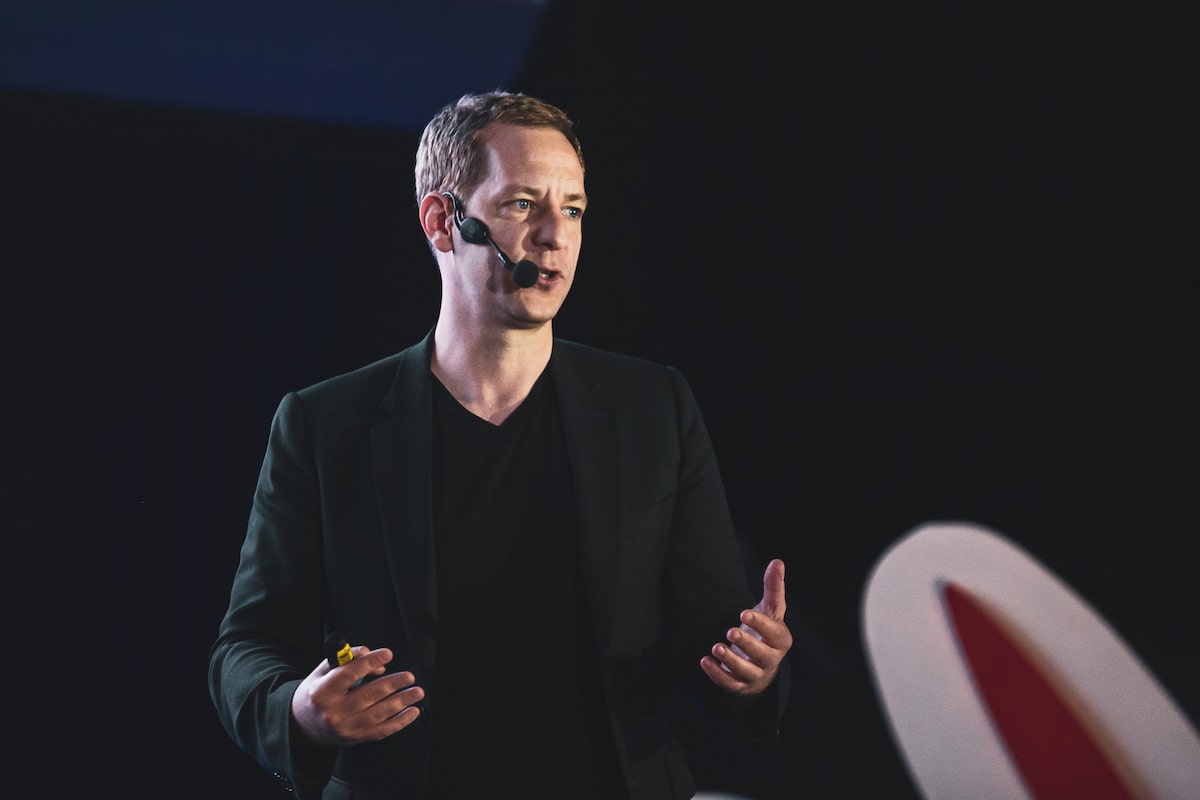 How to work with influencers, why social media is powerful, and how to manage innovations? All of that in our interview with Lars Silberbauer – Senior Vice President of MTV Digital Studios. Lars also named as one of the 25 most Innovative and influential marketers in Europe by the Holmes Report.

SV: Your focus is digital content. It looks like social media today is all about creators. In one of the interviews, you mentioned, “Influencer collaborations are hyped and overpriced”. You said, “Brands need to understand that this is not purely a media platform where you only need to invest your dollars, you need to invest yourself in creating and managing relationships”. Could you please explain the message you want to deliver?

If you as a brand just perceive them as a media channel, then you buy your way into having them promoting a product. In this case, a brand comes across to that transactional relationship with that influencer. And that shines through when the customer sees the content at the end. When you see this pictures of influencers, holding a bottle of special night cream and saying that this is the most amazing night cream ever, in two weeks later it is a different night cream that they are promoting, then that comes, of course, every inauthentic.

So, it is a long-term game for all brands and requires more investment then just money; it requires to build those relationships with this influencers. Only a few brands can afford to buy a certain amount of posts, but the brand needs to build a relationship to make sure that this influencer helps with the product that helps the audience. Also, a brand must understand the audience and what issues they might have. In my point of view, I think it is essential that you enter a relationship that is more like a collaboration, not just a transactional relationship, which ends up damaging the authenticity of that influencer, and has a trade-off that the audience will disappear or decline. It is very important to consider it as a long-term game and also invite in-house resources, who understand how influencers work instead of throwing the money at the media.

SV: At the time when you joined Lego, they didn’t have their presence online and social media. You created one of the biggest presence of the toy company. What was your secret to succeeding in that? Lego has now over seven million subscribers on Youtube, which is not typical for the brand to have. How did you achieve this?

LS: I think there are a lot of reasons why you can progress as fast as we did. First and foremost, its because we are allowed to build in-house competency. It was a strategy already before I came into the company. They brought me to build those resources in-house. It’s very important because social media is a way we now communicate with the audience. It’s not just how you speak to your audience how you message to your audience, it is more important how you listen to your audience. And if you place your social media listening capabilities outside of the company, the most intimate contact that you have with your consumers, then you take the ears of your company and put them somewhere else. Why would anyone do that? That’s why you really need to focus on building those capabilities in-house. That is one reason.

Secondly, we are focusing on not being good at one thing, not being good at building Facebook applications or not being good at doing Twitter. I constantly told my team and everyone, who cares to listen, that the most critical capability that we can build today, which is disrupting every single day, is the ability to change. So, I tried to build a muscle of change in the company and focus on how to be the best company in the world at adapting and creating change with the industry we are a part of. And I think that is a big difference from saying that we want to be good on Facebook or we want to be good at Twitter. We all know Facebook is declining so much, and how publishers can use Facebook depends on small changes in the algorithm. Instead of being good at Facebook, we became good at change.

SV: Where marketing budgets should go to in today’s digital world?

LS: I think it’s more important to again look at how fast you can allocate the budget and execute on the budget, instead of looking where it goes. Sometimes if you spend a small budget at the minute that is more critical, tends to be way more efficient than if you spend a bigger budget not timed correctly. I think what created success for us is that we were using quite small budgets but very efficiently and were empowering the teams, so all of the people sitting in the front line are able to both develop content and to assign a budget cost, production cost, but also media budget instantly. You have to have that agility and empowerment in the organization if you want to move at the pace of the consumers because consumers are constantly changing. It’s more important, but the size of the budget, where to allocate the budget and make sure that you push it to whatever channel it might be at the right time.

SV: What are the most powerful marketing platforms or channels you can highlight today?

LS: I think it depends on the company or the product, whether its B2B or B2C. That depends on the company and which consumers it wants to reach. You can see the significant shift, Facebook, of course, is losing traction, TikTok comes out of nowhere. They started in 2016, and finally, they have five mln users. So, that is changing so fast. It is for each company to decide whether they want to invest the resources. It is also very cost-efficient to be in a lot of channels at a very early stage, to be a part of the hot steak when suddenly things are taking off. That’s more investment in the beginning. Like Lego came very late in the game. In 2011 it was not even on Facebook or Youtube. That took a lot of energy and hard work to turn that around and make sure we became successful at Lego. I would say it is very much about getting there early and investing in the right channels, depending on your challenges as a company.

Watch or listen to the full interview to learn more what Lars has to share about: