Montenegrin Lifestyle from North to South 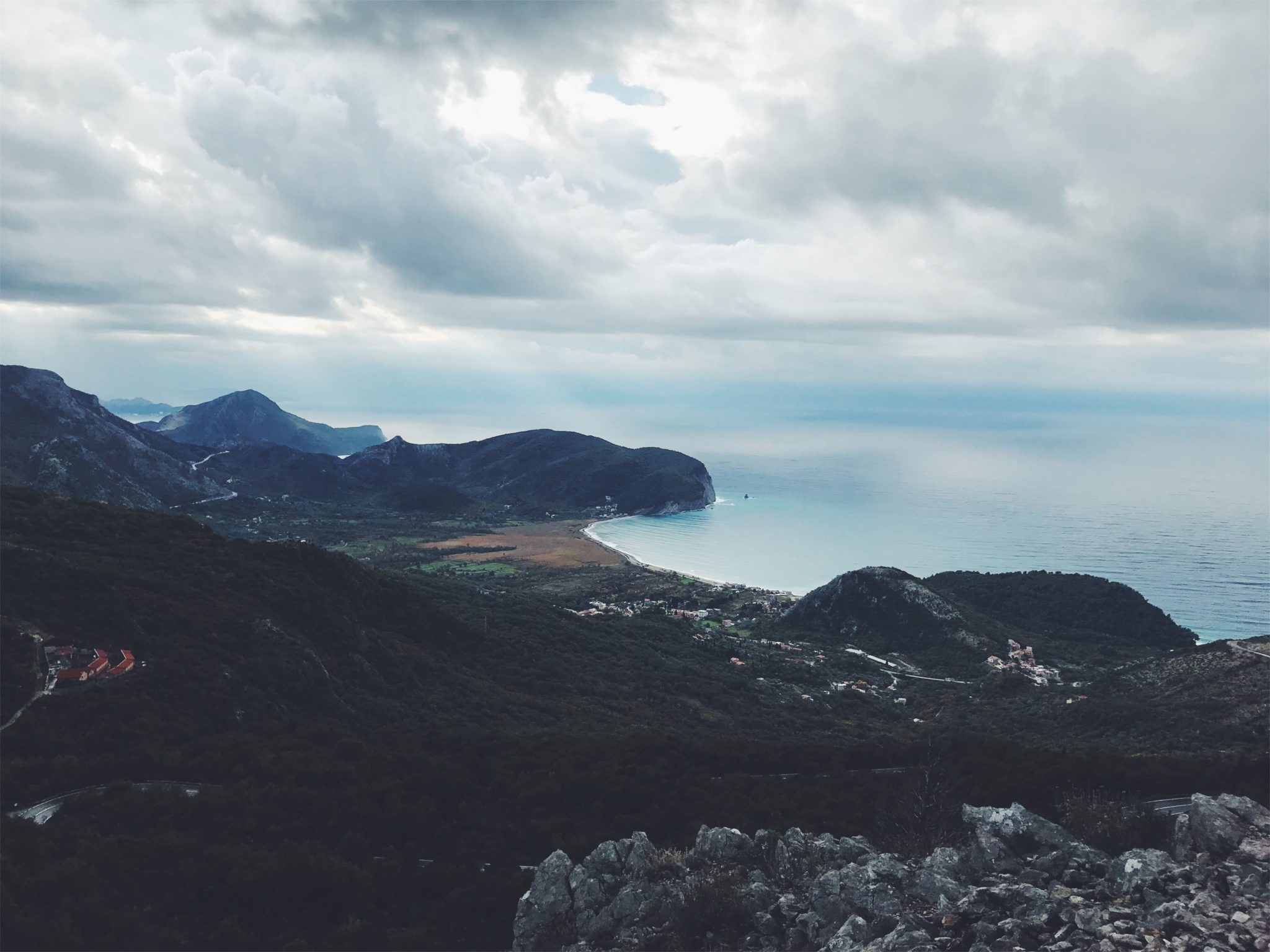 Montenegro – a country placed perfectly in the heart of the Adriatic. Its strikingly high mountains, wild forests, clear lakes and dark blue sea all make Montenegro a touristic paradise; a country that’s certainly worth visiting; worth spending peaceful days in and a country that will fill your soul with calmness and joy. But although a visitor’s haven, as with any other country there’s another side to the coin in Montenegro. 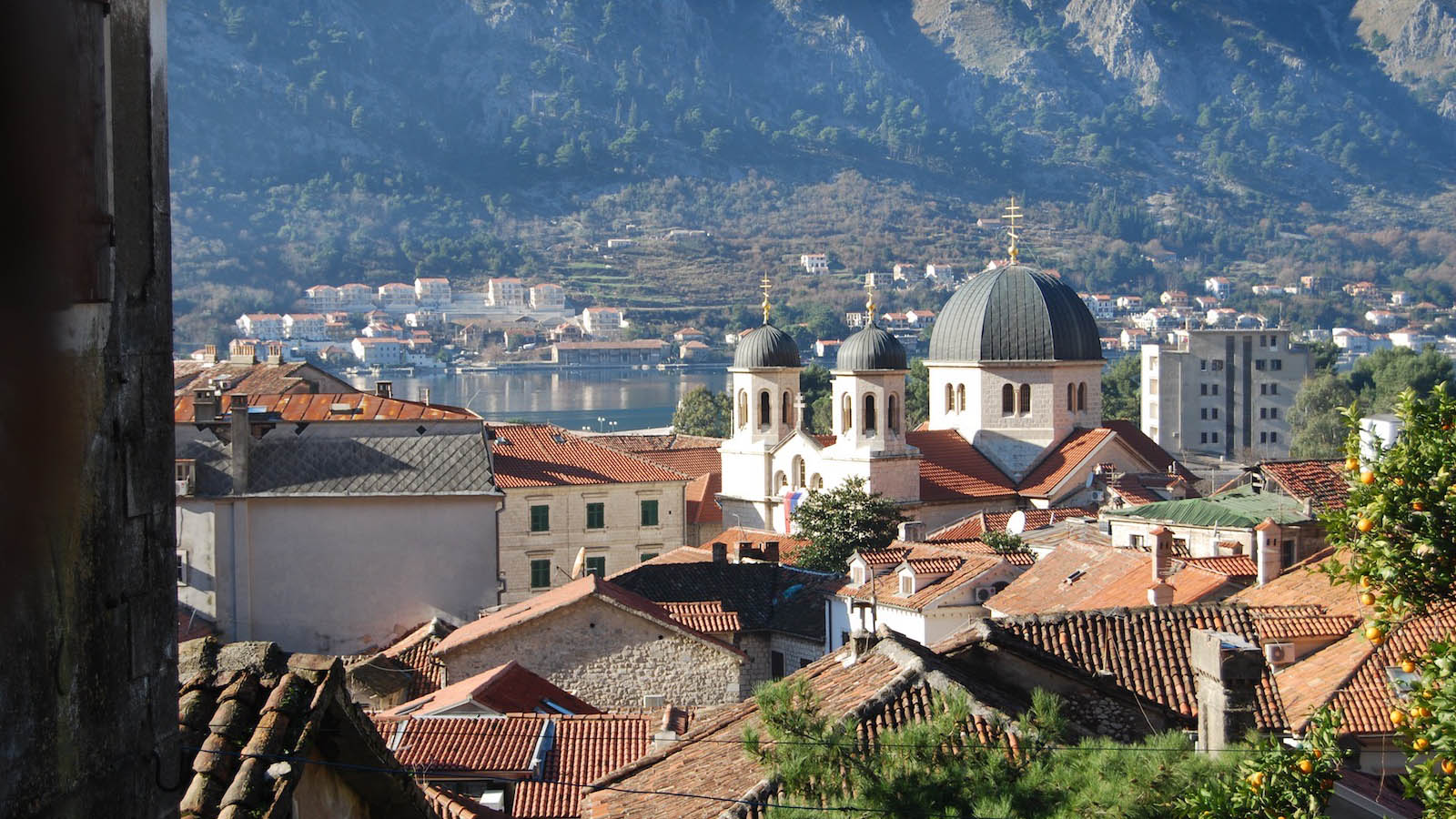 From the touristic and lively south to the agricultural and more slow-paced north, life in Montenegro is noticeably different throughout the country, despite its small size. With growing tourism, the cost of living is increasing, while the salaries are, in general, remaining the same.  The average salary in Montenegro in August 2017 was 763 € (Monstat, 2017), making it 50.2% lower than the EU standard where the average salary stands at 1 520 €. (Reinis Fischer, 2017 ). Montenegro’s minimum salary (Trading Economics, 2003-2017) is currently standing at 193 € (without taxes and contributions). By sectors, the highest average salary in Montenegro is in the financial and insurance sector with 1 370 €, while the lowest average is in the administrative and support service activities with an average of 524 €. (Monstat, 2017)

Tourism has become a major contributor to the economy of Montenegro, and most of the profit comes from the coast, which has had a great impact on the way of life there. Many people on the coast have found a way to benefit from the influx of tourism to the Montenegrin coast by renting out their accommodation and offering tours. 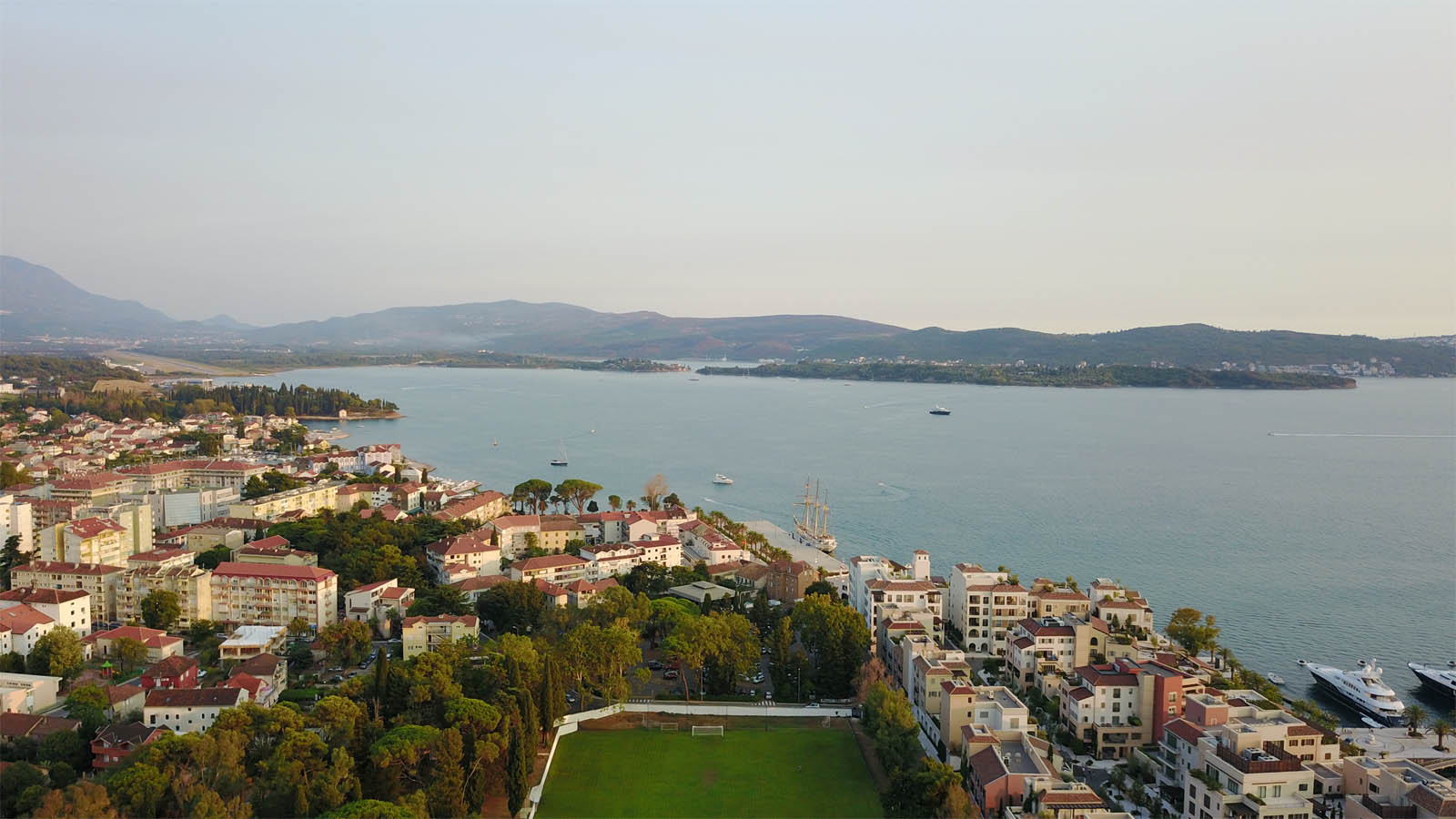 Despite the touristic attractiveness of the coastal part of the country and steadily growing flow of visitors from all over the world, life on the coast has two highly contrasting sides. The first one is the upbeat spring to autumn life that peaks during the summer. A chance to wander the historical old towns, visit incredible beaches, swim in the open blue sea, watch breathtaking sunsets, enjoy a rich nightlife – all of this, plus a backbreaking summer job are part of living on the coast during those hot summer months. Many young people are willing to devote their summers to living away from home just to experience that life on the coast. Summers are full of festivals, entertainment, a bigger job market and higher incomes. It’s common for the northerners to come to the south in search of jobs, with the vision of staying there longer, hoping for a better and safer life.

Where it is common for family and friends to gather for a drink after work or a barbecue on the weekends in other countries, this get-together in Montenegro tends to happen over a cup of coffee.

The other side of the coin, however, is during the winter months when the hardship of life hits the coast. Jobs are fewer, cities are emptier, and the incomes are lower.

The streets are no longer filled with a symphony of voices, sounds of camera shutters or tourist guides trying to outcry other people. The beaches have free space for towels, the sea is cleaner, and it’s all a sign that the peak season is ending at the coast. With this, the calmer period begins in the south of Montenegro. The incomes are significantly lower, especially for those who rely mostly on tourism. 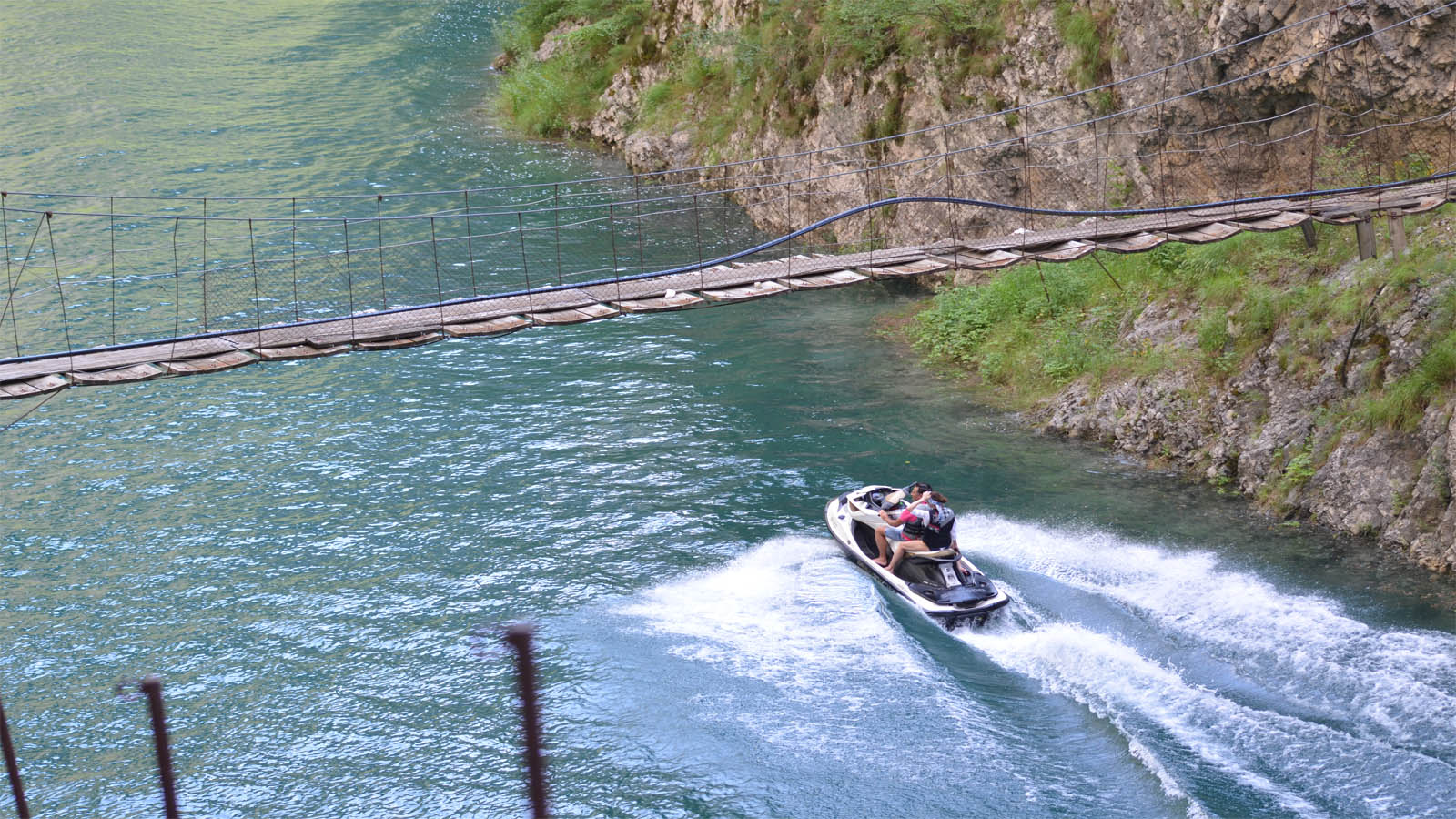 Still, not everything is dull during the off-season. Some cities, such as Kotor, Budva, and Herceg Novi, keep the fires burning with numerous exhibitions and festivals that manage to attract both locals and tourists.

Living in the North

When moving deeper inland, life becomes harsher with people mostly relying on agriculture and manual labor (Monstat, 2017). A third of the country’s natural potential is in the north, but despite its natural richness, it is highly underdeveloped. The unemployment rate is increasing and the youth are leaving their homes in massive groups in search of a better future, either within Montenegro or in Western Europe.  The latest data by Monstat shows that the number of unemployed in 2017 in Montenegro is roughly around 50 000, which is about 18% more than in 2016. (Monstat, 2017)

The population in the north is decreasing (RTCG.me, 2017) daily as a result of growing emigration rates in all of the 12 municipalities in the northern region. Although there is no precise data, some reports claim (Frontex, NGO Euromost, Volimpodgorica.me, 2016; Vijesti.me, 2015) that on a yearly basis about a few thousand people emigrate from the north. 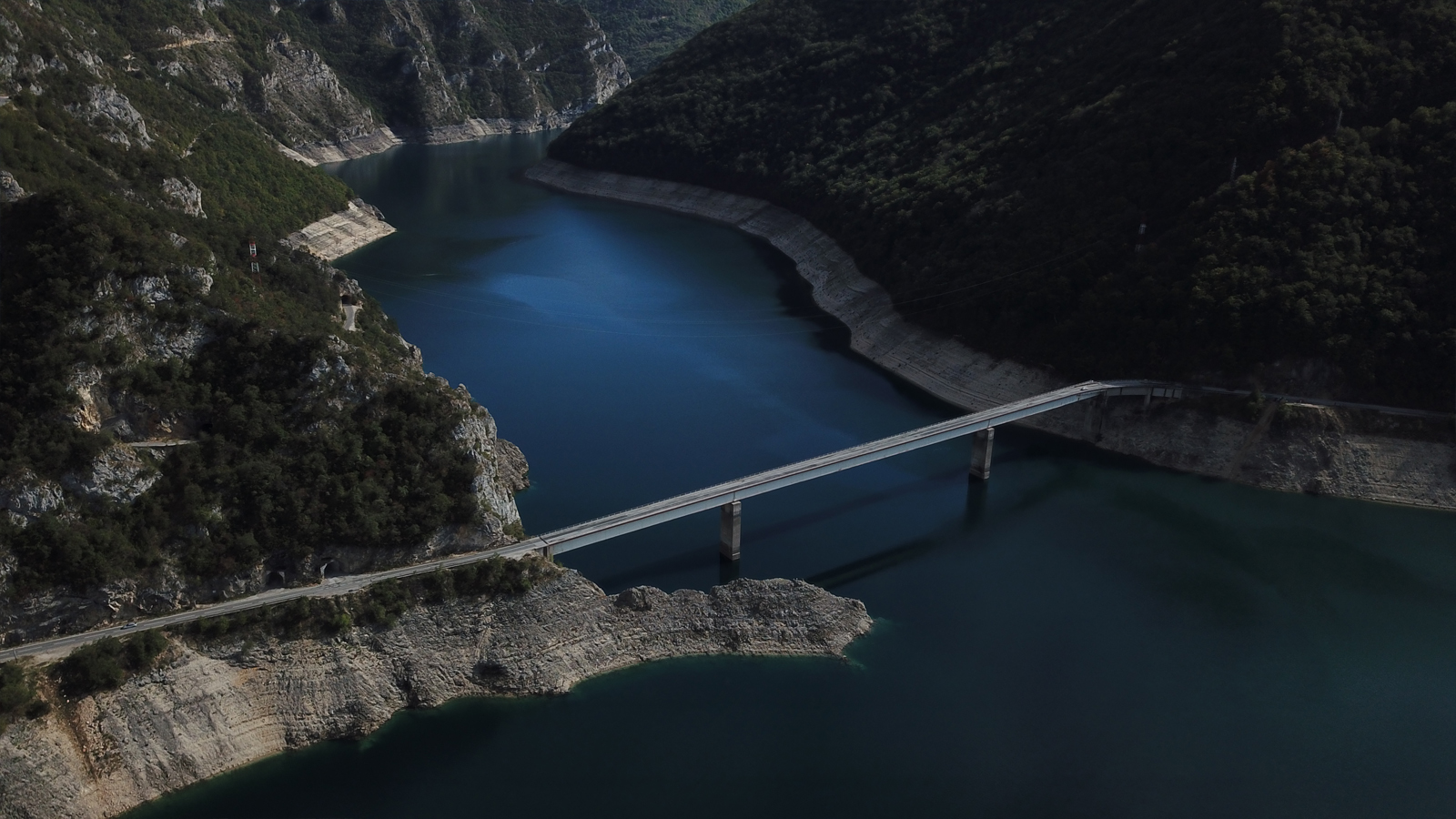 In 2016, according to the Federal Office for Migration and Refugees, 1 630 citizens filed an application for asylum in Germany. Based on the data from the American Demographic Institute, by the year 2050, Montenegro’s population will decrease by up to 11%. It means that Montenegro will have 60 000 less citizens than it has today. (RTCG)

Most of the universities and faculties in Montenegro are situated in the capital and on the coast, with only a few still remaining in the north. In 2015, the Faculty of Mechanical Engineering was closed in Pljevlja, but the municipality of Pljevlja provided the students with a monthly 150 € scholarship in order for them to continue their studies in Podgorica. Still, Montenegrin youth seek  opportunities outside of the country, both in the form of jobs and education.

What still keeps the jobs in the north alive is the industrial sector (Monstat, 2017), which is currently attracting large scale private investment as a result of the nation’s business-friendly investment environment. Montenegro’s natural resources, primarily bauxite and aluminum are plentiful. This, in addition to the adequate water supplies and a climate conducive towards agriculture, has resulted in a thriving industrial sector in Montenegro. The key industries in the nation are aluminum, steel, and power. Presently, these sectors have the capacity to produce over 1 000 000 tons of bauxite, 100 000 tons of aluminum and 3 billion KWh of power per year. 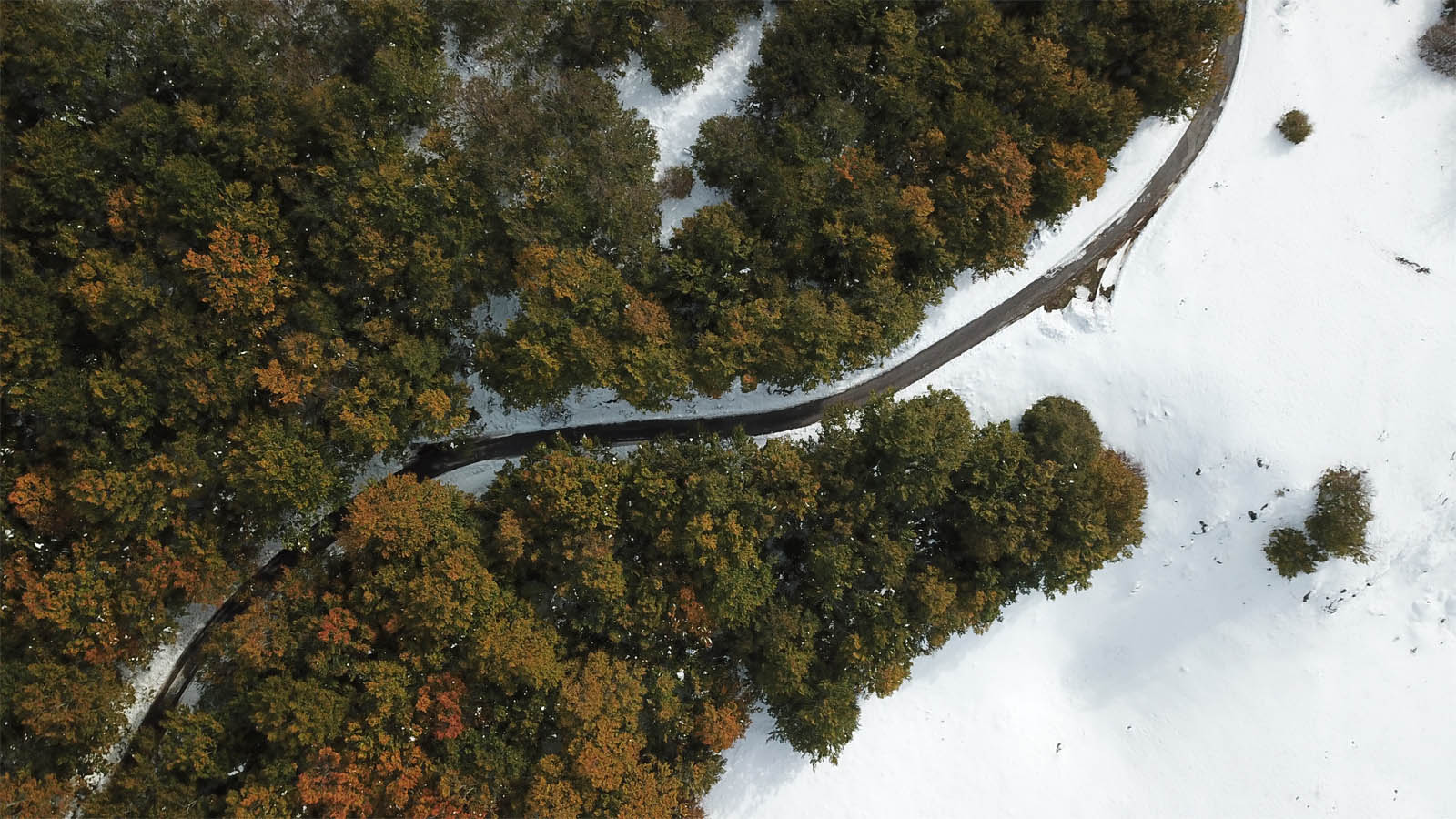 Even though the coast of Montenegro holds the status as the touristic center of the country, the northern part has recently been gaining more recognition as a part that’s worth visiting. One of the world’s top touristic guides, Lonely Planet, placed the north of Montenegro as high as fourth place of the top 10 European destinations to visit in 2017. The northern region is full of adventurous places that are yet to be discovered by tourists, making it the ideal holiday destination for those who want to avoid crowded places and still get to enjoy the natural beauty. The northern parts of the country have seen a significant increase in visits in the past years. When it comes to the number of overnight stays in 2017 in Žabljak, one of the most popular Montenegrin ski centers, the data by the Central Monitoring System for Tourism shows an increase of a stunning 61% in comparison to 2016 (Pink M).

To attract a larger number of tourists during the off-season, two main centers of winter tourism in Montenegro, Žabljak and Kolašin, have widened their services to a broad number of activities for an active holiday. They offer hiking, rafting, canoeing, jeep safari, sport climbing, paragliding, biking, horseback riding, zip-lining over the world’s second deepest canyon of the Tara river, as well as a cross-country bike marathon.

The contrast in the Montenegrin way of life, from the richer south to the poorer north is highly noticeable. The cities in the south are developing every day, all thanks to the good geographical location which creates successful tourism businesses and attracts foreign investments. It all results in better living conditions, higher living standards and eventually an easier life than the one in the north of the country. However, the life in the north may be harder, resulting in a great number of youth leaving this part of the country, but the industries and the growing tourism are keeping hopes alive for a successful future.