Music as medicine for our soul 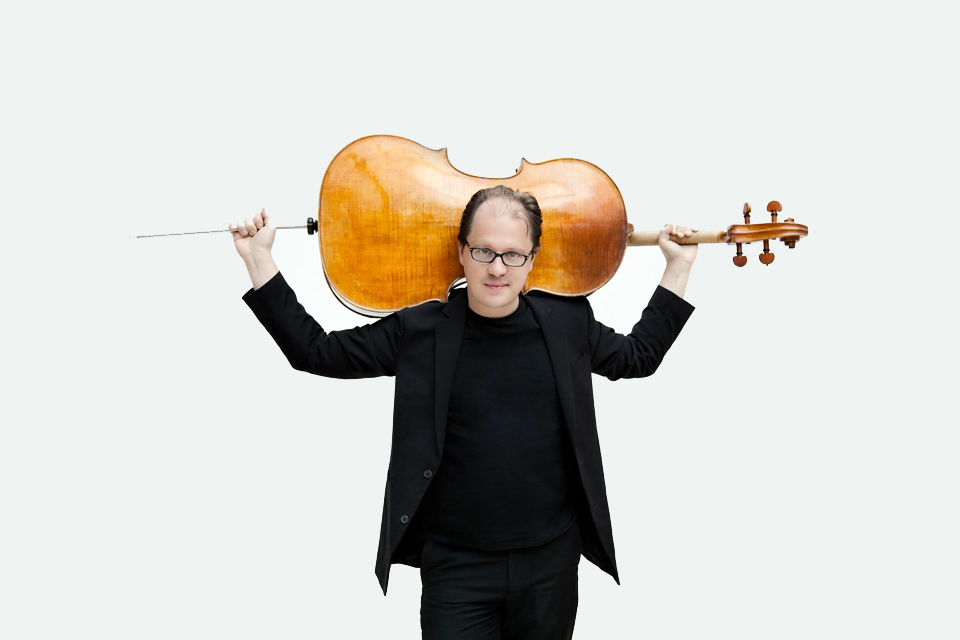 As a guest and a friend of Montenegrin prominent violinist Roman Simović, cellist Giovanni Gnocchi will perform at KotorArt Don Branko’s Music Days in Wednesday, August 2, Gnocchi with famous musicians such as violinist Nemanja Radulović, violinist Alyona Baeva, violist Milena Simović and cellist Dragan Djordjević. In the Church of the Holy Spirit performers will play works by Rachmaninoff, Schubert and Dvořak.

Giovanni Gnocchi made his debut as a soloist at a concert in which the famous cellist Yo-Yo Ma also performed. He has studied with prominent pedagogues such as Rocco Filippini, Mario Brunello, Enrico Bronzi, Luca Simoncini, and Clemens Hagen, among others. He was a laureate of the Prague Spring Cello Competition and the Antonio Janigro Competition (Zagreb). Gnocchi won the Parkhouse Award issued by London Wigmore Hall, and after one competition in 2012, was appointed Cello Professor at the Mozarteum University in Salzburg. For eight years he was a Solo-Cellist of Camerata Salzburg, during which time he also served for one season as the Guest Principal Cellist in the Royal Philharmonic Orchestra of London.

It was an honor to talk to the talented musician and find out about the most important collaborations in his life, the influence of the internet on the educational process, competitions, artist’s qualities and Mozerteum.

BM: Mr. Gnocchi, you are coming to Kotor as a guest of  Roman Simovic.  When did you meet Roman?

GG: I met Roman in 2009 when we both were principals in Camerata Salzburg under maestro Leonidas Kavakos. It was such fun to play together. I remember his wonderful “soli” in Shostakovich Symphony No. 14 under conductor Andris Nelsons during Salzburg Festival. Then we both left Salzburg and I won an audition as Co-Principal Cellist in London Symphony, where I played again with him, under Valery Gergiev, and I also invited him to play some chamber music concerts in Italy. Last year we met again in Italy for a Chamber mUsic Festival, and it’s always like we always played together!

GG: I’ve been friends with Milena and Roman for quite some time. It is actually through a concert which I organized in Italy that Milena met the principal violist of La Scala and she thought to start playing the viola, too! I remember Nemanja when he was a pupil of Salvatore Accardo in Cremona, my home town. I think we have never really got to know each other. I know the others but not yet personally. So I am looking forward very much!

BM: In Kotor, classical music is performed every day at many of the city’s piazzas. As street performers, young professional musicians play classical, jazz, pop music. I think it is one of the best ways to popularize and promote music at all. What about such praxis in Salzburg? Do your students, for example, play on the streets and do you encourage them to practice in such a way?

GG: In Salzburg there is a very strong tradition in folk music, maybe not in the streets – it’s too cold! – but you can often find musicians who play in gardens of restaurants, for fun! Once, I went for a drink and I found some of the most famous violinists who have international careers, and who played with their friends!

[quote]…the most important thing in competitions is to “compete” against ourselves, to go over our limits and try to imagine how we could be different, better, and more complete[/quote]

BM: Mr. Gnocchi, you made your debut as soloist in concert with Yo-Yo Ma. Did you play as guest or together with Yo-Yo Ma? How old were you?

GG: I started playing chamber music very early, and only later as soloist. When I played with Yo-Yo Ma I was 23, in Hong Kong, as a guest. We shared the stage and played a Concerto for 2 cellos and orchestra.

BM: After that concert, have you ever had the opportunity to play or work with maestro?

GG: After that occasion, I actually met him a few times, and he is always super nice to me, but we didn’t play again. 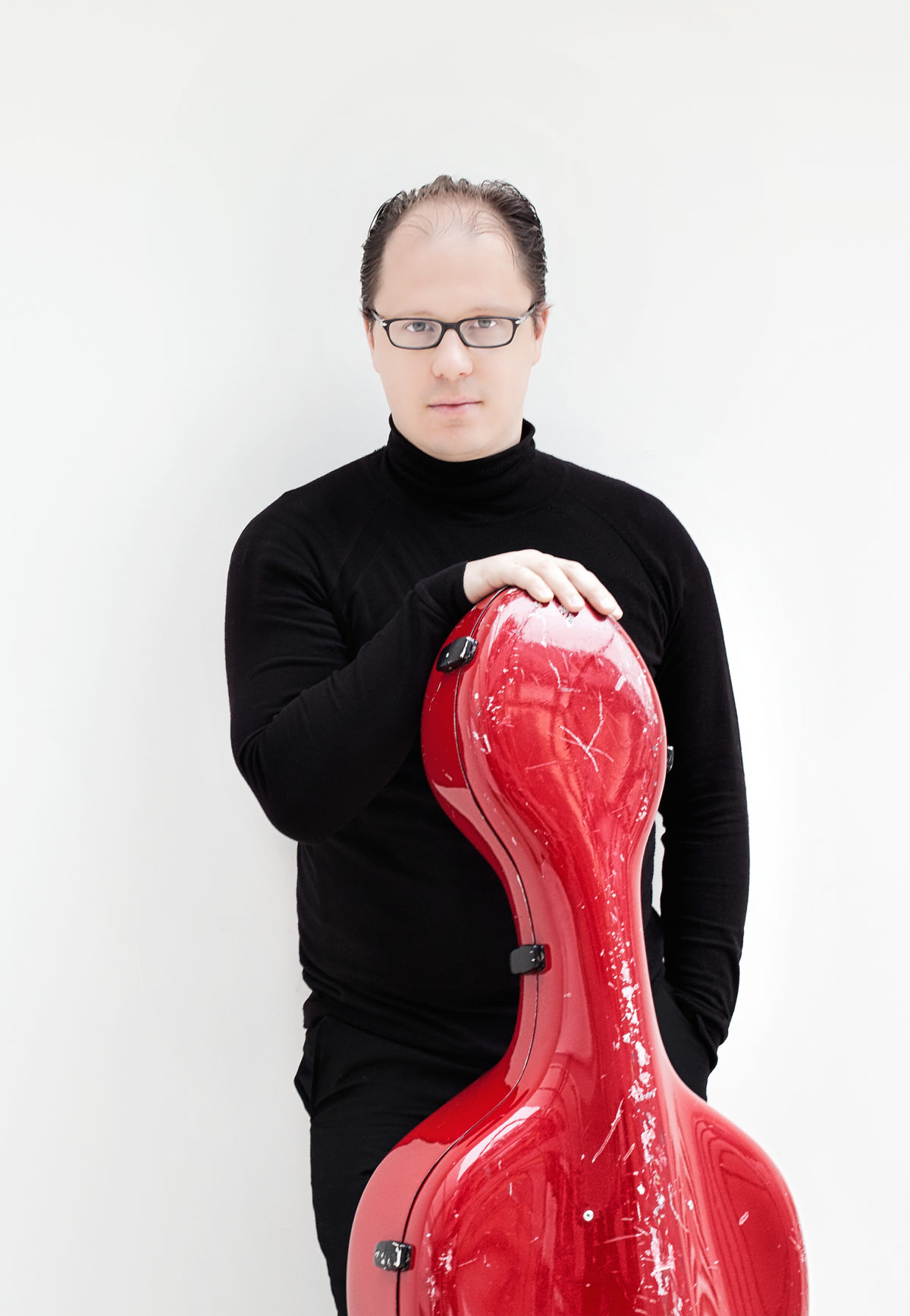 BM: You are university professor at Mozarteum. It is one of the most famous music academies in the world. What is your opinion about quality of young musicians who come to study at Mozarteum?

GG: At Mozarteum we have very selective entrance exams, and even many good players don’t get a chance to study there since the students’ positions are limited. Right now I am very lucky, as I have a wonderful group of extremely talented, motivated and solid young players coming from all over the world, Austria but also United States, Australia, Brazil, Germany, South Korea, and 3 wonderful Slovenians. They are all attending big competitions and were part of the most prestigious youth orchestras such as Gustav Mahler Jugendorchester, European Union Youth Orchestra, Schleswig Holstein Musik Festival and Verbier Festival.

BM: For a child, studying and practicing an instrument is very hard.  Internet surfing, social networks, game playing are more interesting than persistent repetition of scales or a few difficult bars of some pieces. How can a music teacher find a way to interest a child into playing an instrument?

GG: Actually I think that there is a big problem with the quality and duration of concentration since internet and WhatsApp. Kids are not used to be patient and plan in a long distance. But on the other hand feelings and sentiments and beauty are the same of 300 years ago, people feel the same and are moved by the same affects.

BM: What human qualities does one need in order to be an artist-performer?

GG: I think that life experience, as well as culture, contribute a lot in creating imagination, something that we need when we communicate with a large audience. Of course everyone has her/his sensitivity, and we can feel that when we listen to artists, but on the other hand we all grow and change, and there is evolution in everyone.

BM: Today there are a lot of competitions for young musicians. Why are they important?

GG: I think that the most important thing in competitions is to “compete” against ourselves, to go over our limits and try to imagine how we could be different, better, and more complete.

BM: You performed as principal cellist with the Royal Philharmonic. Can you tell us more about this and other orchestra’s experiences?

GG: I played one season in London, as I left Camerata Salzburg and also I wanted to develop more symphonic experience, which I had also with Claudio Abbado and Lucerne Festival Orchestra, for many years. It’s a brilliant orchestra, extremely fast in reaction and there I learned to listen better, to be responsible, to learn and play, for instance, Mahler 8th Symphony in 4 hours!

BM: We can say that one of the first associations of Mozart and Salzburg is Mozartkugeln. But, what is your association on connection of that composer and that city?

GG: Well, I was very lucky to play there for 8 years and a lot of Mozart’s music. I really think that Mozart is the best medicine for our soul, makes us better, happier, and more complete human beings. This was my luck of getting to know Salzburg.