If innovation is a baby, the father and mother are technology and creativity 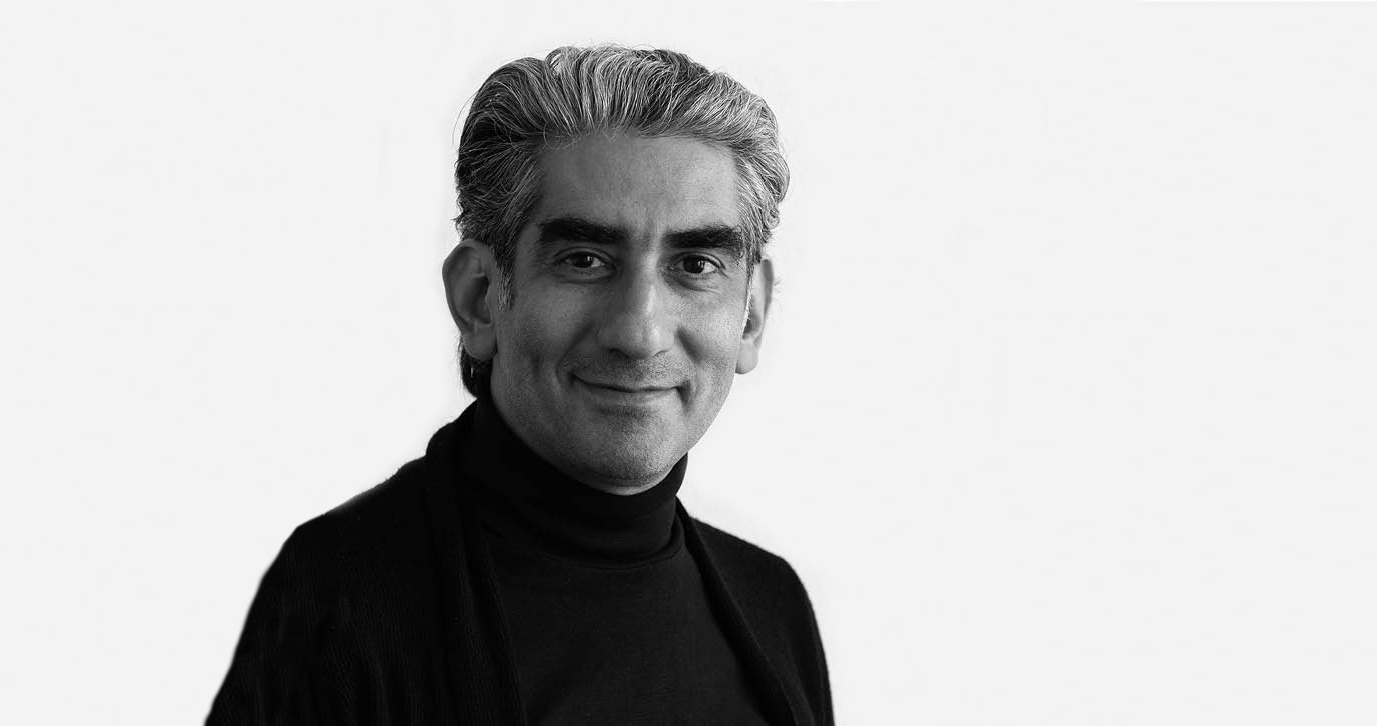 How much creative you think you are? And do you think you want to raise and develop your creativity? And what it is for you? One day I decided to explore this topic more as I’m curious myself where human creativity goes. I found this organisation called PI School and had got into the classes right away. This is how I met Jamshid Alamuti – a co-founder and ideologist of the PI school, where machine meets creativity.

Here is what he has to say about the school’s concept, structure, and ideology.

OU: So Jam, let’s start with the first question. How did it all start actually? How did you come to this idea and what is PI school?

JA: Ok, well, so, first of all, thank you for your time and for the interview. Secondly, I’m not the only founder of the PI school, I’m the co-founder. I am emphasizing this because without my partner nothing of this would have been possible.

It all started as I was urging my previous venture which was Berlin School of Creative Leadership to move a lot more towards merging and integrating technology into the creative industry, a creative world. I met my partner Marco Trombetti in Barcelona, within the ADCE festival, the Art Directors Club of Europe festival, and it took us only a few minutes. Marco is a serial entrepreneur, he’s a bright mind, and he’s a fast thinking genius and comes from the technology and artificial knowledge background, and myself coming for leadership education and creativity. We both had the very same vision. Firstly, we wanted to marry the two and bring them together and, secondly, we both were believing in the new type of school or education of future, and that was the initial reason for us, in fact, to join forces and found PI school.

OU: What’s the difference between school and campus?

JA: Alright, so, my partner has started his business initially in online translation, and this is one of the most successful, if not the first and biggest translation company worldwide. And this is like about twenty years ago, you must imagine. With a profit he made out of that first venture himself, he founded around 6 years ago PI campus, which is a venture capital based in Rome, with a vision on focusing on using and applying artificial intelligence on any type of a start-up and business which can relate to the local environment. So what Rome in Italy is famous for, such as fashion, food, design, etc.

[quote]…creativity and design only will flourish and be able to have an impact on bettering the planet if it is going in friendship and hand-in-hand with technology.[/quote]

Now at the same time, Marco’s vision was before all talents from all the world go to Silicon Valley, let’s build local Silicon Valleys all over the place and let’s spread the talent. After probably having some 6 years of successful venture, with like over 200 people sitting in 5 villas in 30 start-ups within one location in Rome, Marco started to feel the need that if he’s not adding design and creativity to his technology-driven start-ups, the technology will only become a commodity, and so he was looking for a partner from that corner. While I was looking for a partner from the technology side because I was sure that the creativity and design only will flourish and be able to have an impact on bettering the planet if it is going in friendship and hand-in-hand with technology. As I believe if innovation is a baby, the father and mother are technology and creativity, which one is the father, which one is the mother, I don’t know. But I believe the two of them need to come together to make innovation possible.

So, as simple as that we had the urge to set up the school. We are clear about one thing. We want to have it different and to differentiate we started to look into what is the so far existing traditional education and what would make the change and difference and end up deciding on some key points which we both truly believed in.

One key element is we believe education should be free of charge for those who learn it because we believe those who actually use the knowledge of those participants are the ones who should pay for it. So that’s why almost every program we deliver is either free of charge or for a minimal amount of money, and the small amount is just a mental trigger for the participants to realise ‘’I am committing to something’’, it’s not because of the money you want to charge. So this is the rule number one. Our future vision is we will come to one day where we pay to people to come to learn at our place. That goes back to the talent issue. We are very selective in terms of who should come and sit in our classes. We usually for a group of 20 we want to put together, we at least look at 600-700 applications.

[quote]we are always talking about being meaningful and having an impact and so on. So, but the truth is those who don’t use it as a buzzword and mean it, they want to solve a problem.[/quote]

So the second really important thing is space. For me after 20 years of experiencing education, I know that you know, this square-shaped classroom style is over for long. So we wanted to make sure that the space we provide for participants to learn in, needs to have out of a flare, if not necessarily about let’s pump it up with technology or let’s design it beautifully, it’s just like make’s feel different in that environment. So we started to ask ourselves where do you feel most comfortable in general, and then we end up, again and again, realising that safe space for a person in their homes, so we want to have the classrooms and our school be their home. Therefore, we started to look for a villa, and without changing the shape of the let’s say living room, kitchen, dining room, and everything, we turn it into our classrooms. So it’s a magnificent place with the garden and pool and everything so you come here and you think you’re on holidays. Especially in Rome, like most of the time, it’s sunny, so this worked this way very well.  So space was the issue, the education for free was the issue.

The other very important thing which differentiates our fundamental approach to anyone else is how the curriculum is coming together. Most of the current education bodies start putting together what they think and believe from the past and history is a wide range of topics you need to learn and start preaching them to the mind of the students.

We began to think, so why people learn? People learn because they want to do something with it and what you want to do with it, besides only money of course, and of course, you need to make money because you want to make things happen. But besides this factor, why would we do something and as you hear it yourself very other nowadays we are always talking about being meaningful and having an impact and so on. So, but the truth is those who don’t use it as a buzzword and mean it, they want to solve a problem. So we go backwards, we say the first step to defining what needs to be lectured in a classroom is ‘’Where is a problem?’’ So we are problem seekers.

Once we go to organizations and once we know one of their critical strategic, relevant problems, we start looking backwards and say ok, if we would like to solve this problem, what knowledge do you need to have in order to apply to them and so from there we decide what topic needs to be trained and lectured. Then we would ask ourselves, ok so if this is the problem and this is what you need to teach, who is the best person to sit and learn about this? From there we go and try to look for the best talents suitable for that program, and then we start designing and bring everything together. So the organisation who has the problem pays to see the problem being solved. That money is invested in screening and selecting the top of the talents related to that subject matter, bringing world-class mentors and coaches and trainers together for that and then making sure that the last part of our differentiating aspect is time.

Usually, education bodies go through a long term theoretical learning process. We think we want to take that part of our culture which is the entrepreneurship and start-up mentality and apply that to education and so we want to be fast, we want to be agile, we want to make mistakes, we want to drop it off, get up and create new things again.

So the longest one of our programs one goes between 8 and 12 weeks, no longer. Because we believe that if you stay much longer on that one problem, the problem is probably no more valid. So these are basically the issues, I could say, as key elements where makes our school being a different school.

OU: So it’s about school, and on the campus you educate, and you allow the students to work on some projects already?

JA: No, the PI school is the place what you just said is happening in. PI campus is only a venture capital fund. So it’s co-founded by Marco, it is driven by him and with the pure focus on spending on seed stage, so the very early stage of investments companies, say for shares of 7-12%, something between 20 and 200 thousand, that’s the starting point, that’s the push point.

What we do, however, and why it is called the campus is that not only Marco and PI campus invest in those start-ups with financial, but it also provides them with the space of the campus so they can immediately move into the PI campus with us, have their already set up working environment, and while they are working on their success and growth of their organizations, they have a constant exchange with other start-uppers, they meet other new bright talents, so gathering in a networking helps a lot. Marco then specifically and personally starts to mentor them and support them in terms of growth. We as a school try to teach them business skills and Marco tries to support them to go towards the next stage of raising money, so they literally start their vision at our campus and at some level of growth they move on.

Listen a full interview on our Podcast