How to Prepare for Your First Triathlon in Montenegro 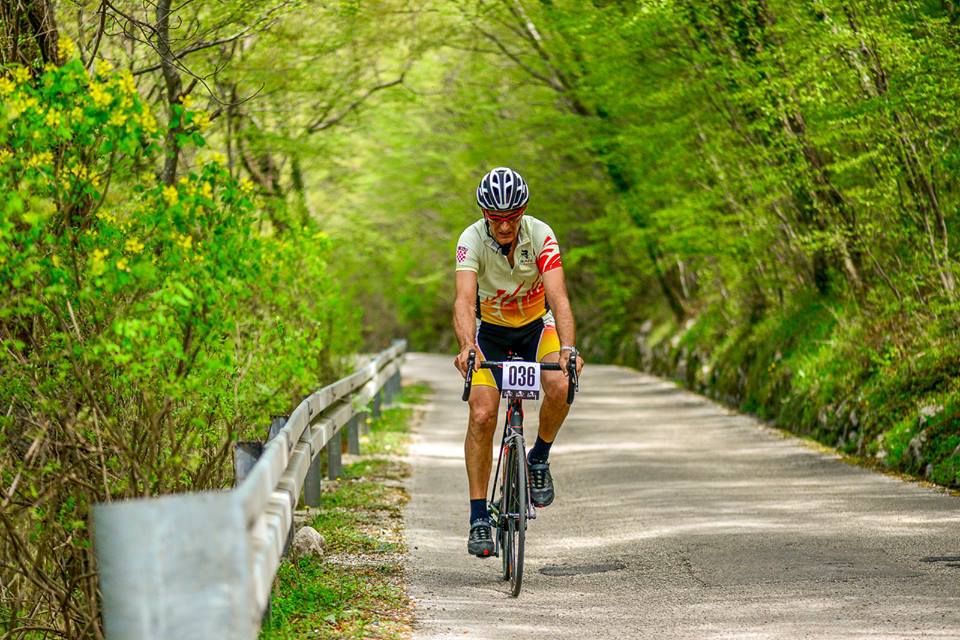 Just thinking about a triathlon, a sport which has three basic disciplines (swimming, cycling and running) causes fear in people who have never actively engaged in some sport. It makes people think that the triathlon is a sport for super-humans and professional athletes who have spent their whole lives training for it.

But it’s just the opposite. Today, triathlon is one of the fastest growing sports. 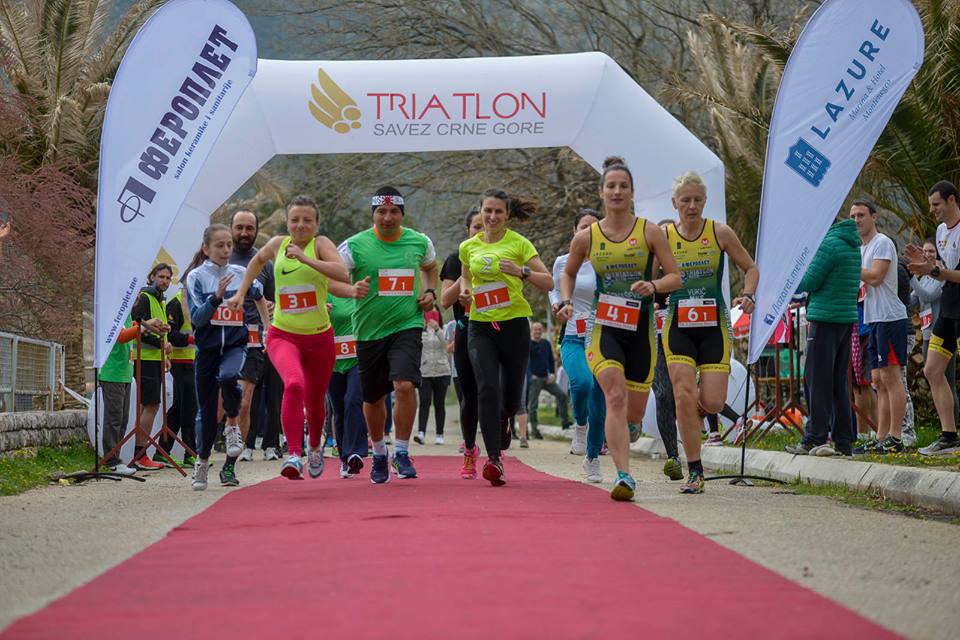 Ironman, as the longest official triathlon discipline, represents a challenge for even experienced athletes, and lately it’s becoming more popular with newbie triathletes. I purposely pointed out that it is the longest and not the hardest discipline, because even the shorter ones can be just as challenging, possibly even harder when it comes to speed and getting a good result.

It’s no doubt that the longer the distance is, the longer it’s necessary to prepare for it. For example, professional triathletes who try out for the Olympic distance (1.5 km swimming, 40 km cycling, 10 km running) train around 25 hours per week and those who run the long triathlon train 10 hours longer. Of course, the intensity of the training is harder when the discipline they train for is longer.

But none of this should worry you if you decide to try this sport out.

For the absolute beginners, two or three months of training is enough for the first triathlon (super sprint or sprint). I believe it’s best to take one step at a time, starting from a shorter to a longer triathlon, working on your technique, speed, and then stamina. To be mentally ready for it is just as important. I recommend registering for a triathlon which will serve as motivation while you’re training for it.

Of course, you must keep in mind that the triathlon is an individual sport and it is all up to you how you’ll achieve your goal. By regular training and sticking to a plan, the race itself will be much easier. There will be moments when, for some reason, you won’t be able to fully stick to your plan. A few skipped trainings won’t have a big negative impact on your general result. The important thing is to continue according to your plan and there won’t be any problems. 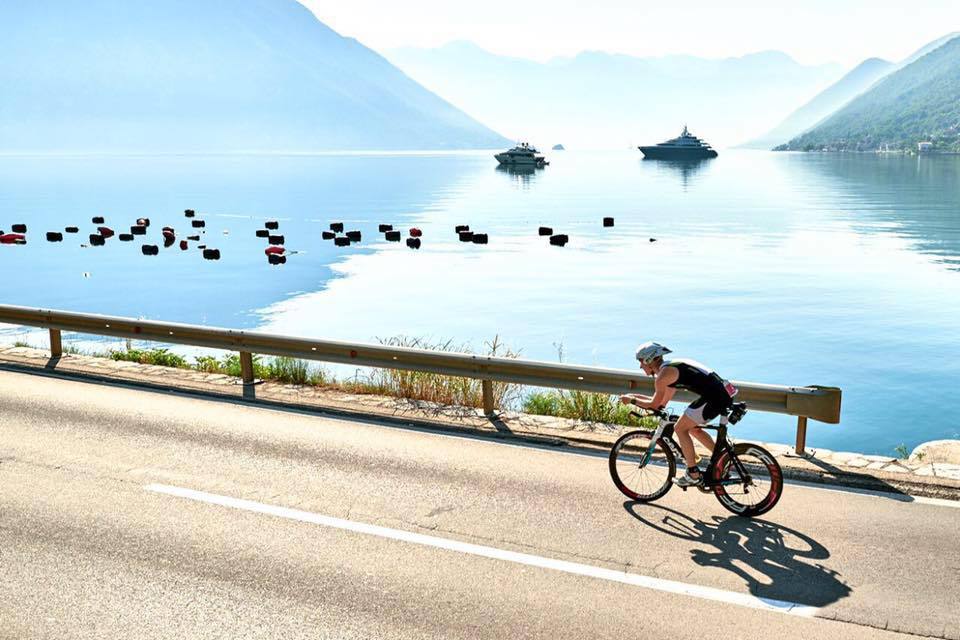 A possible 8-week-long plan of training for beginners of the spring triathlon looks like this: 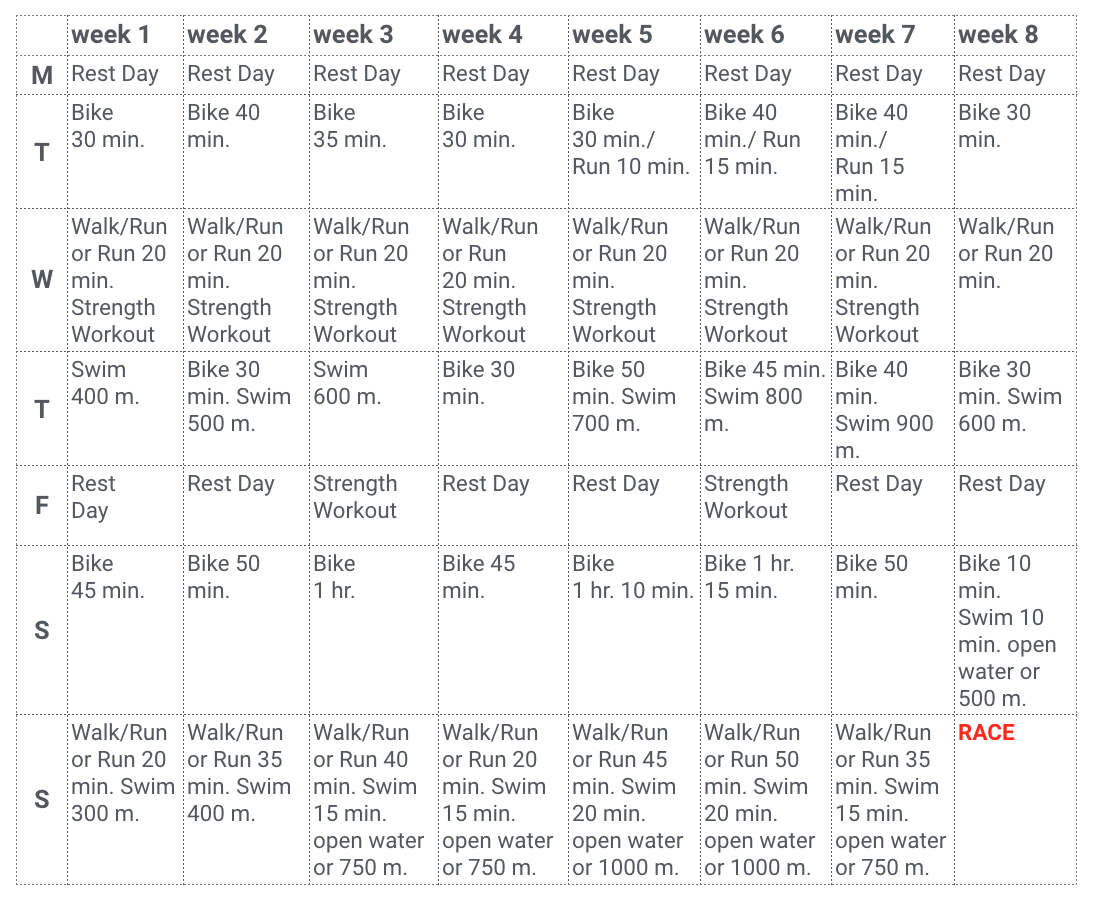 * Run/walk if you need to. If you’re a beginner, it’s a smart way to get to the finish line. Start by running for two or three minutes, then walking for the same amount of time. As you get fitter, increase your runs and shorten your walks.

* Do some combos. A short bike ride followed immediately by a brief run is aptly known as a “brick” in triathlon-speak, because the transition can make your legs feel heavy and sluggish. Prepare yourself for the sensation with at least a couple of them before the race itself.

How to Prepare for Your First Triathlon in Montenegro

Due to the Mediterranean climate, the south of Montenegro is more than just suitable for training throughout the whole year, especially during the winter months when the north is covered in snow.

Athletes enjoy the natural beauty that is representative of our country and it makes those long and exhausting training-sessions go by faster. As a result, the number of bikers and triathletes who come to Montenegro for their basic preparations are increasing. The small distance between the sea and the mountains make height training much easier, especially during the summer when the temperatures are high in the south. Žabljak and the mountain Durmitor are the best places for this type of training.

The biggest drawback in training conditions is the lack of athletic tracks that allow proper interval training. Only the city of Bar has the correct athletic tracks with a tarmac surface. This deficiency, of tracks, is compensated for by using football fields and forest running tracks.