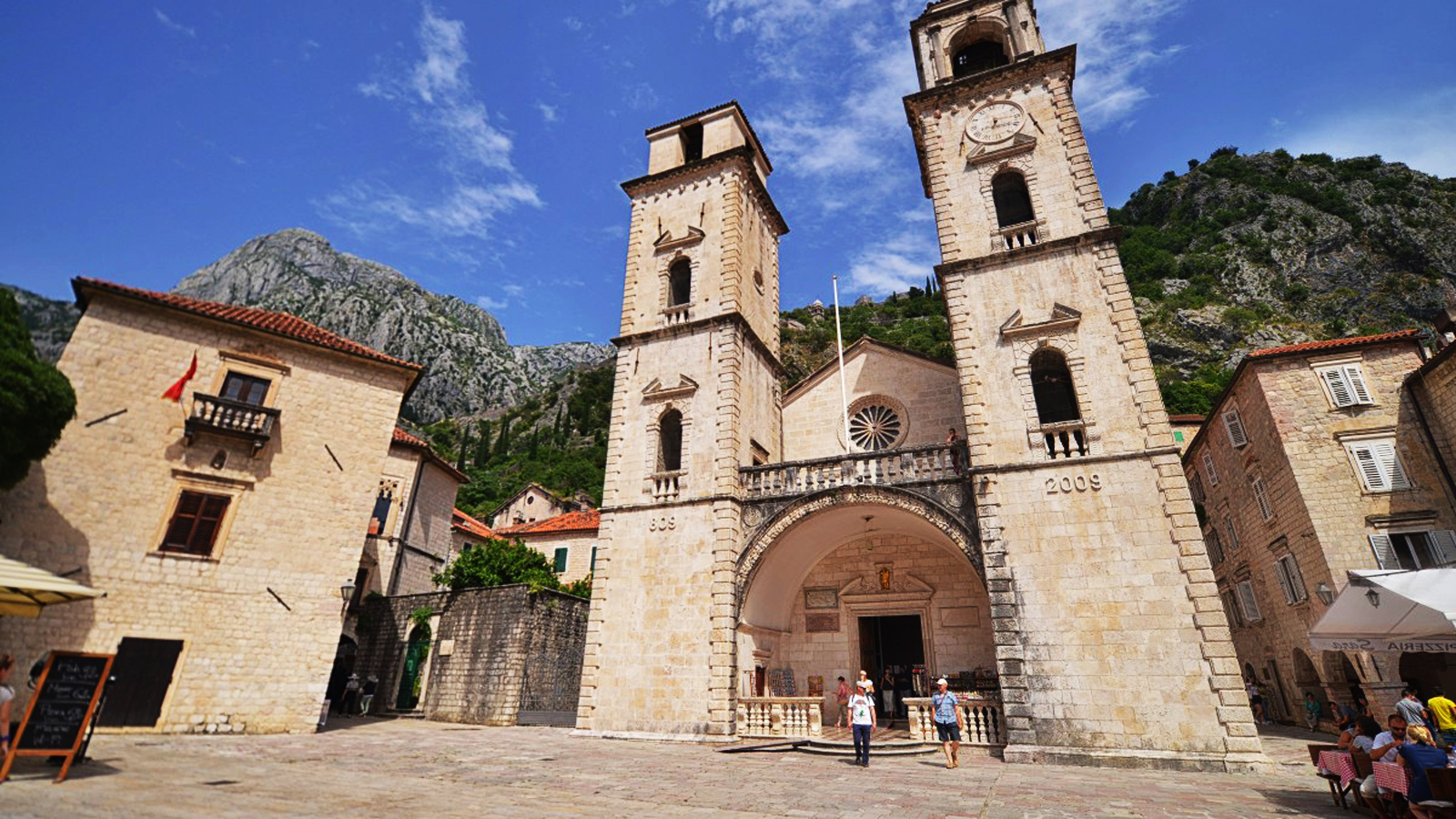 The cathedral of Saint Tryphon (Sveti Tripun) is one of the oldest cathedrals in Montenegro and is situated in Kotor. It is one of only two catholic cathedrals in Montenegro. It was consecrated on the 19th of June 1166.  This was at the same time as the famous Notre Dame in Paris was being built – the Notre Dame cathedral was only formerly consecrated in 1182 although construction of it started in 1163. Both these cathedrals predate the famous Saint Peter’s Basilica by several hundred years as the Saint Peter’s Basilica was only completed in November 1626.

The Saint Tryphon cathedral was built in the Romanesque style which dates back to medieval Europe. This style of architecture is characterized by semi-circular arches, thick walls, sturdy pillars, decorative arcades and large towers.

During an earthquake in 1667 the cathedral of Saint Tryphon was largely destroyed and only partially rebuilt. Again on the 15th of April 1979 Montenegro suffered a 6.9 magnitude earthquake. This earthquake devastated large parts of Budva, Cetinje and Kotor. Over 1000 cultural monuments were damaged in this earthquake including the cathedral of Saint Tryphon. Although UNESCO was instrumental in assisting with fundraising efforts in order to restore the damage, the then reining government of Yugoslavia also set up a statutory fund to assist with this restoration and part of that funding came from a statutory levy where all employees had to contribute 1% of their salaries for ten years from 1979 to 1989 to help fund the restoration.

However, the restoration of St Tryphon cathedral was only recently completed with both the exterior and the interior being restored and renovated. This destruction and restoration also resulted in the two bell towers no longer being identical to each other.  Many of the artifacts on display were brought to the cathedral afterwards and represent some of the main works of Kotor craftsmen.

Today one can view the stone ornament above the altar that depicts the life of Saint Tryphon. There are frescoes dating back to the 14th century and many other important silver and gold artifacts in the small museums and display cases that are located inside the cathedral. The head of Saint Tryphon is also kept in this cathedral.

A Sunday mass is still held in the cathedral. 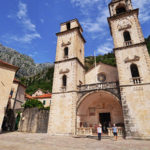