Stella’s Passion by Antonije Pušić: May art change the world 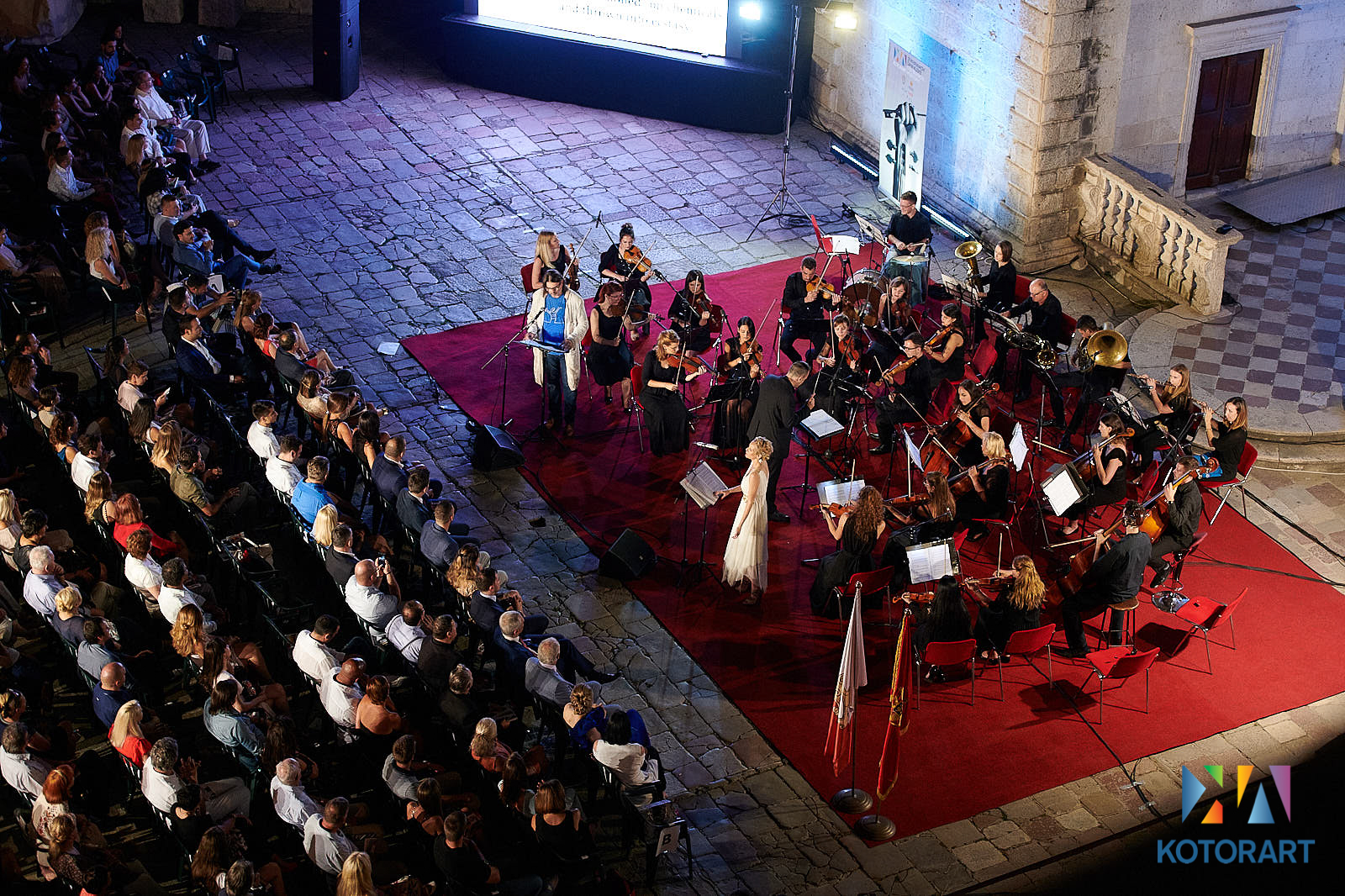 As in previous years, the KotorArt music program was officially launched on July 13th, the Statehood Day of Montenegro. The participants were addressed first by the director of Don Branko’s Music Days, pianist Ratimir Martinović, who highlighted the central theme of the festival – ecology and environmental protection, followed by the Kotor Municipality president Vladimir Jokić and Culture Minister Aleksandar Bogdanović.

From the aspect of contemporary art in Montenegro, the significance of this event is in the presentation of three authors – Ivan Marović, director Dušan Vuleković, and, in this case, composer and narrator Antonije Pušić, publicly known under the pseudonym Rambo Amadeus. 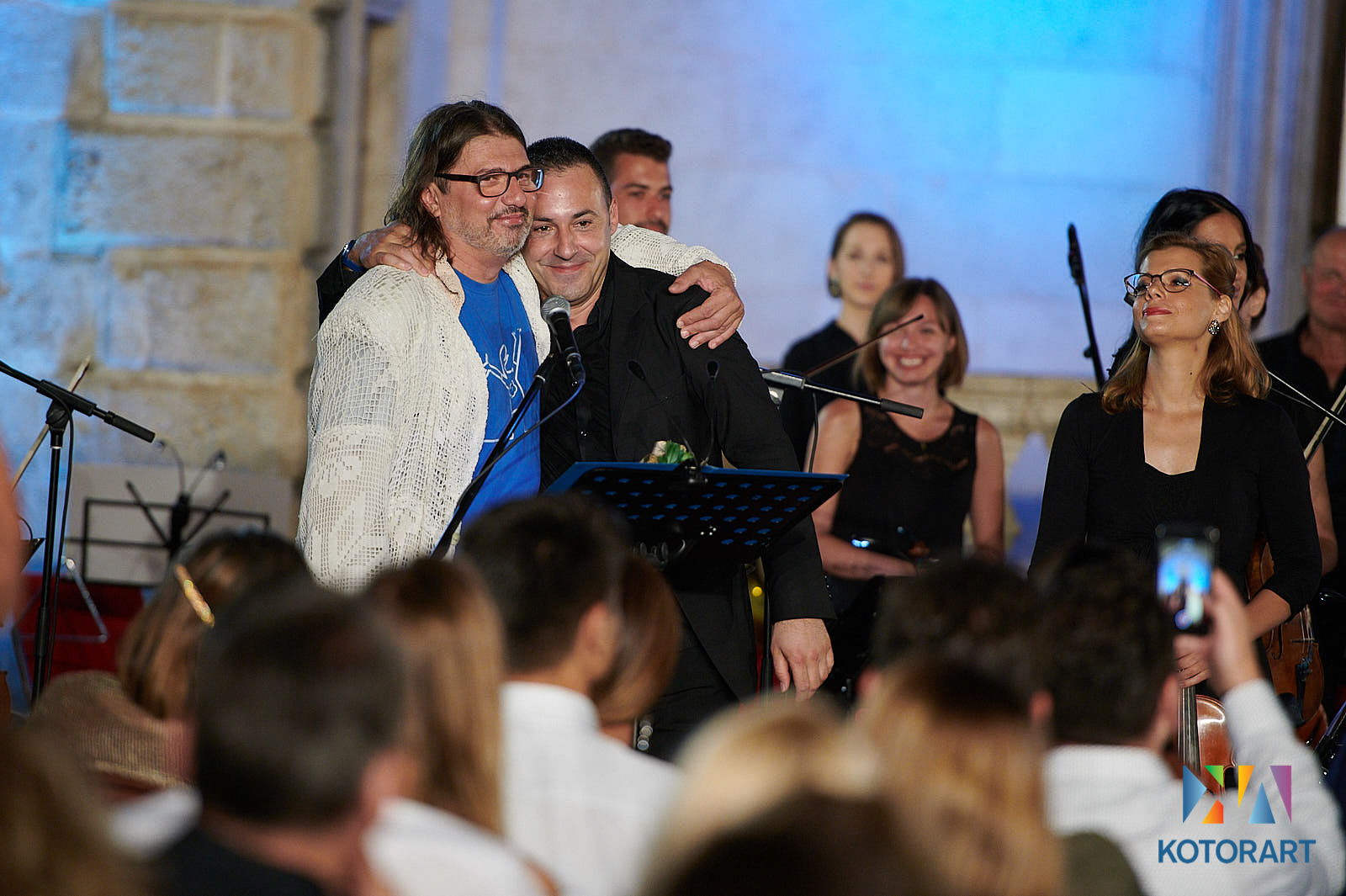 Bearing in mind that, year after year, KotorArt commissions works from contemporary authors, film and musical art are richer for one performance – Vuleković’s documentary Return to the Sea and Pušić’s composition Stella’s Passion. In addition, the KotorArt Festival Orchestra, led by conductor Premil Petrović, also performed the composition Immortal Ray, written by Ivan Marović as the Festival’s commission in 2013, written on the occasion of two hundred years since Njegoš’s birth. Marović sought inspiration for his composition in Njegoš’s work The Ray of the Microcosm. Setting the music into aesthetic frameworks of postmodernism, the author provided the communication of the piece by simulating rhythmic patterns of musical-folk tradition.

Vuleković’s film opened the topic of ecology and raising awareness of the environmental protection. The director dealt with the sea goods, pointing out, through the testimonies of the interlocutors, to the problems of contemporary society, to what the man’s relationship towards the Bay was like once, and what it is like today. 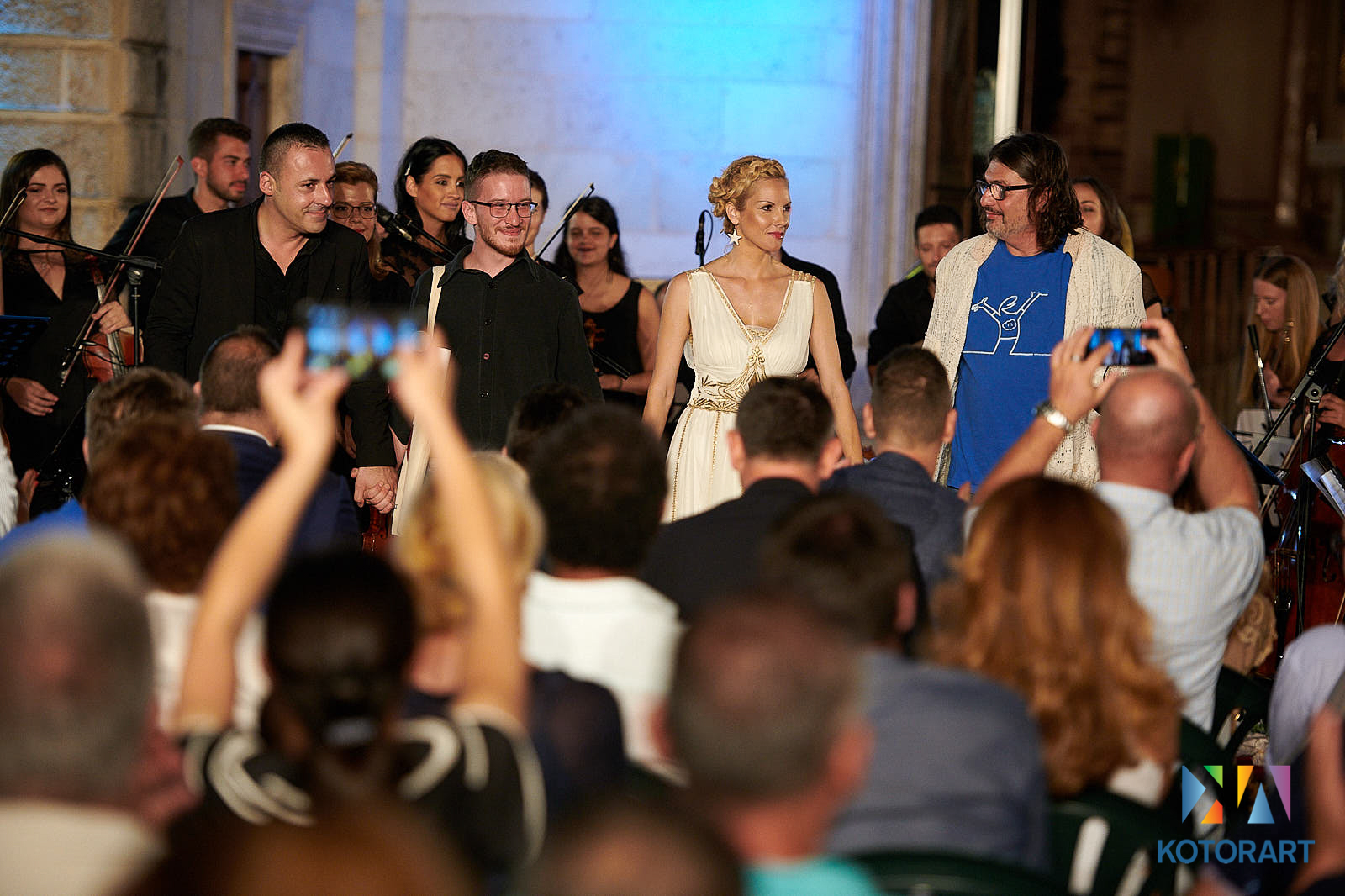 When it comes to Pušić’s composition, its title is partially undetermined, and the meaning is revealed only within the piece, for stella (lat. a star) not being any star, but apparently Stella Maris – Star of the Sea. Dramaturgically, the author personified the two main and only protagonists. The character of Cruiser is given to the baritone and the character of Stella to the soprano. The author himself interpreted a male role, set either as a monologue or dialogue, recitative or arioso, and performed without placing the voice. Stella was interpreted by Natalija Radić for whom the author set a major task, demanding different techniques of singing: from bel canto with placing the voice, to completely natural singing. Radić was convincing in bringing the brightness, enthusiasm and initially, naiveté of her character.

The musical language of the piece is mostly an eclectic one, characteristic of Pušić himself, with a remote reference to French neoclassicism, and one of its basic expressions is sarcasm which pervades not only the literary but the musical text, as well. In this regard, the meaning of the passion is taken in its metaphorical sense, as the suffering of flora and fauna. It is clear that this passion cannot be associated with traditional passions in the history of art music, in which, according to various testimonies, Christ’s suffering is described. In this case, in the text of Antonije Pušić, Stella Maris is also a victim, as part of the marine fauna, and a witness to the suffering of the entire marine flora and fauna, due to the pollution of the sea goods. From the aspect of the structural composition, the piece contains all the elements of the Baroque passion – aria, recitative, choral and orchestral numbers. However, the modes of making them sound have been significantly changed. It is not just about the mentioned voice treatment, but also about the implementation of choral parts within the orchestral ones. Accordingly, the members of the KotorArt Festival Orchestra had the role of both players and singers, which, it must be acknowledged, is not easy. The credits for the realization of this piece partly go to composer Matija Anđelković, as well, who was a technical assistant in writing the parts for the orchestra.

Regarding the perception of the musical premiere, the audience welcomed the Passion with ardor, although laughter was first caused by vulgar parts of the text, common in Pušić’s discourse. The message of both premieres is quite clear. It was understood by the citizens of Kotor, and, undoubtedly, by the representatives of state structures. However, time will tell if and how much art may change consciousness. And may it change the world.