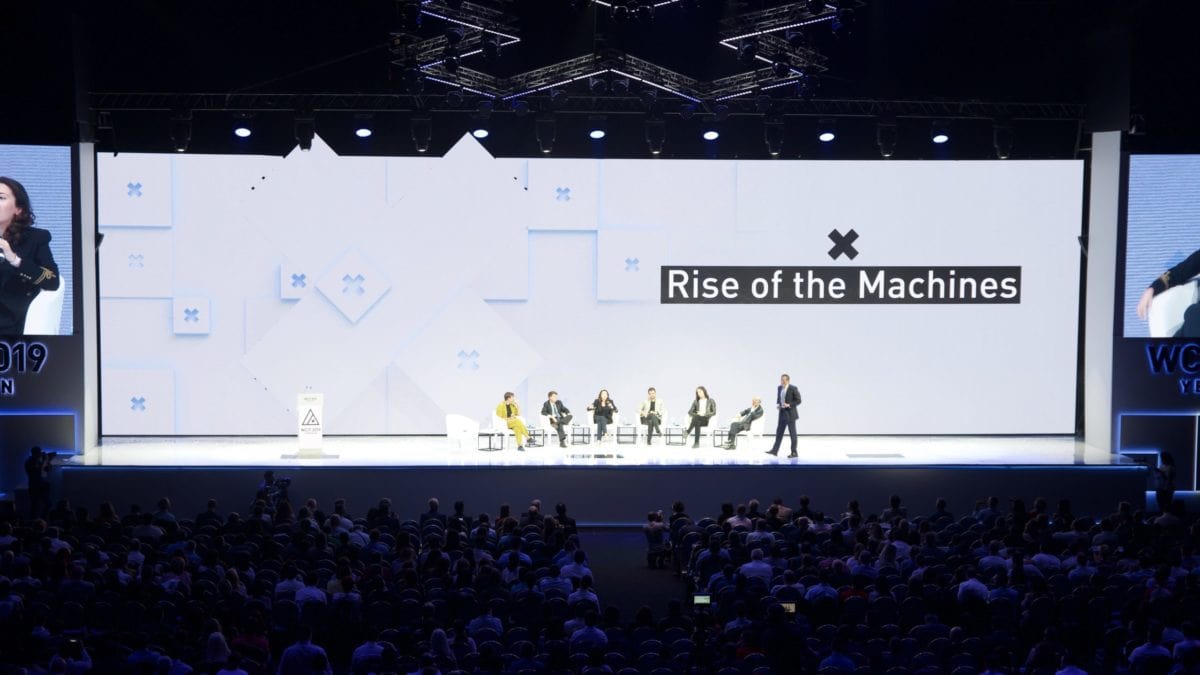 These days technology penetrates almost all areas of human activity. We went to WCIT2019 – a world congress on internet technologies, a signature event of the World Information Technology & Services Alliance (WITSA), to find out how these two evolve together and how much influence each other.

WCIT is a consortium of ICT associations from 83 countries that represent 90% of the industry. Bill Clinton, Vint Cerf, Bill Gates, Ginni Rometty, Larry Ellison, Anne Mulcahy, Faqir Chand Kohli, and Michael Dell spoke to the audience about technology in previous years. This year the main topic of the event was “The Power of Decentralization”. Along with the many invited speakers, Congress hosted Kim Kardashian, Gary Vaynerchuk, and Alexis Ohanian.

Congress opened with the world’s first-ever real-time AI-composed piece of music that was played live by a symphony orchestra, under the baton of Maestro Sergey Smbatyan which was immediately followed by a set from world-famous DJ Armin van Buuren.

Following that, the three days of the intensive program, filled with the speakers of different backgrounds and specialization, began.

There were a lot of discussions and opinions on technological progress and how it influences education, art, business, legal systems, productions, etc.

Here are key questions that are now being asked by many companies across the world who work in the tech sector, along with the points on the roles and challenges of a human in digitalization and decentralization era.

#1. Tech. Business is no longer physical. It is digital.

Today everyone is depending on technology. How to educate people on technology and how quickly they can be with such a transition that is the question.

#2. Human. We live in an era of a human creative challenge.

This is an era of great creative challenges. The next 10 to 15 years will bring significant advancement in technological development and the biggest question in front of humanity is how a human should behave in this rapidly changing environment. What remains for the human to express or fulfill themselves when many processes, where humans used to participate before, are taken over by technology?

#3. Tech. The most important question in the cyber world today is security.

Most of the devices still unprotected. Considering that they are connected to a network or internet eco-system the whole system can be hacked through the devices with weak security.

#4. Human. Do not focus on limitations.

Watch your focus. If you concentrate on the boundaries and limitations, you won’t see the whole or big picture. Of course, it refers to the thinking in complete responsibility for the safety of the human and surrounding world.

It is expected that with that technology it will be possible to connect 1m devices at high speed simultaneously at a radius of 1km2. Which will create a high flow of the data throughout the internet? How do we work with privacy?

#6. Human. Be brave to change the profession.

Previously, one job for life was typical.  Nowadays it’s normal to change a profession twice or more during one’s lifetime.

There will be a genetic revolution within the next several years because of the development of ML (Machine Learning) and AI (Artificial Intelligence) in medicine. Does society ready for such change? How do we combine science and ethnics in this case?

#8. Human. The next focus of the economies and societies are on re-training.

Economies and societies are not ready for re-training. It becomes challenging to re-train those people who lose their jobs at the same pace that technology is being developed.

#9. Tech. We should be aware of the computers we create.

We should be aware of computers we create and AI algorithms we put in them for ML. AI is much better in taking decisions only if humans limit it right. So who is going to set regulations on these developments?

#10. Technology is not an enemy to humanity.

Nevertheless, we still need to think and act in a way that technological disruption creates more than it destroys.

Of course, there were plenty of topics and conclusions, answers received, or questions raised at the Congress, this is just our highlights from a human creativity perspective.

We had a chance to talk to some of the speakers, so follow us on our YouTube channel, iTunes podcasts, and Instagram to listen to and get some insights from those who take the initiative and interest in the participation of the technological development of the world. And remember that in the era of decentralization, the center is YOU.