Nowadays you should try to find something new

This summer, DJ Tujamo visited Montenegro. He is a German, electro-house-music producer, who along with Plastik Funk and Sneakbo released the single “Dr. Who!”, which peaked at number 21 on the UK Singles Chart. In 2016 Tujamo took position #78 in the top 100 best DJs according to DJMag. We would like to draw your attention to our conversation with DJ Tujamo #flashbackmontesummer2017

#mnetoday: It’s your fourth time here. How do you feel when you come here?

DJ T: Actually it feels amazing because you already know what to expect; you know that the guys here will always take very good care of you and it’s like friends that you only see once a year and that’s amazing. That makes it special for me and also the club is amazing – it’s huge, they have a little stage and that makes it amazing for us to play.

#mnetoday: You are famous for your unique style and your “be different” principle. Do you apply the same principle towards your own live performances? How different are they from each other?

DJ T: I think nowadays you have to do something unique to make it to the market because otherwise you’ll always be a copy of someone else. A lot of young guys are trying to copy Harper or whoever but I think if you really want to make it nowadays you should try to find something new and luckily when I was a little younger I found this new style and that made my whole career.

#mnetoday: You recently introduced your new track “One on One” featuring Sorana, which has already had 17,2 million views on YouTube.

DJ T: Thank you so much.

#mnetoday: What are you working on right now?

DJ T: To be honest I was a bit afraid to release “One on One” because it was so different to my other songs. But the feedback was so great and I remember when we released it –  I was in Australia – and my whole team posted it on every single social (media platform) and it was the first time my fans heard it and I was so nervous. I woke up in the middle of the night and I thought, “Oh hopefully there won’t be many bad comments,” because people want to hear the typical Tujamo sound all the time and it was a bit different, so I was very nervous and to be honest out of a thousand comments there was maybe one or two comments that said, “Please do your old stuff.” That’s it. So that helped me, a little bit, to open my own music production world. I will always do the Tujamo stuff of course, because I love it, I love to play it but here and there I will be going to the radio stuff a little bit and things like that. 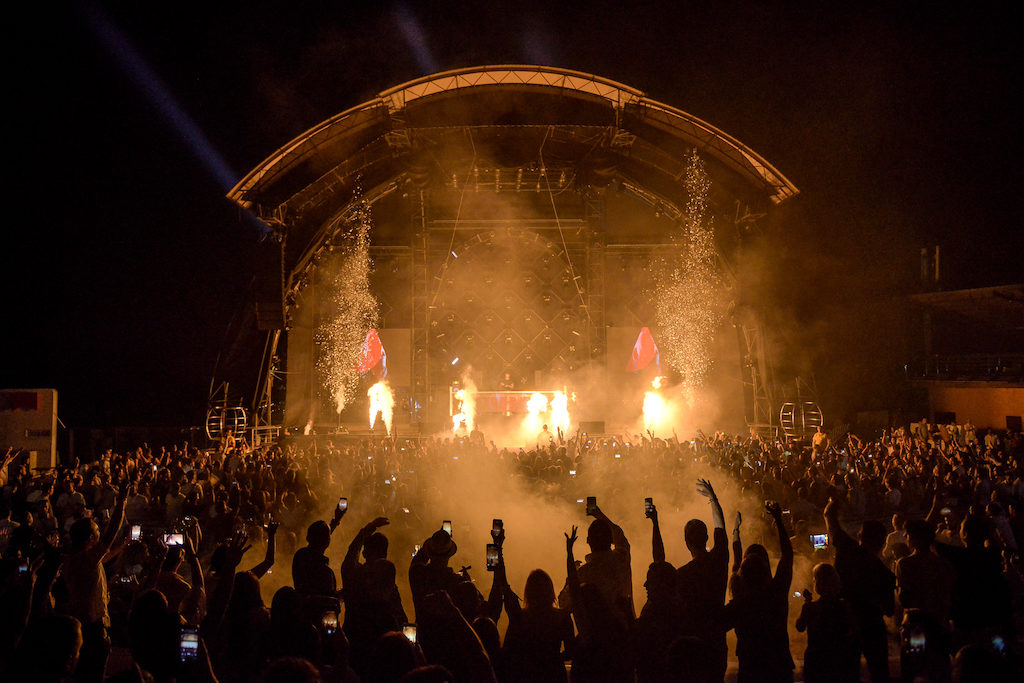 #mnetoday: What are you the most excited about in your life at the moment?

DJ T: I think it hasn’t changed within the last 10 years because I’m living my life. Every day I wake up and I feel that I don’t have to work because it doesn’t feel like work to me. It still feels like I’m living my hobby and at least I can pay my rent and everything and that’s amazing. That’s super nice and that’s honestly something I’m super excited about and I hope that it’s going to last for the next 10 years also.

#mnetoday: Has there been one particular moment in your career as a DJ that you’re the proudest of?

DJ T: I remember a moment when – it might sound weird now –  I was a little younger back then and I was sitting in a studio and I released the song “Who” in 2012 and I sent it to a couple of guys, like a couple of big DJs but I never got a reply because they were like, “Who’s that guy?” But then I was watching the live stream of Tomorrowland main stage and it was super unexpected – I was just sitting there, I was in the studio and the volume was super low on the other TV and I was just watching it to get inspiration and then Avicii was playing and then I heard “Who” and I thought, “Is that on my computer or not?” No it’s on Tomorrowland! I was sitting there, I was shaking, I was sweating, it was so crazy. That was definitely one of the moments when I was really proud because you saw 80 000 people going crazy over your song which you produced in a super small town in Germany, just a little kid, that was crazy for me.

DJ T: Family, friends, I love eating – sushi yeah, I love it – playing of course and making music. That would be my top 5.

#mnetoday: What in music gives you goosebumps?

DJ T: When something sounds very, very good or even a melody – it can be super easy – I remember when Swedish House Mafia dropped their song “One”.  When I heard it, I could feel it, because the melody was so good. And also when you play big festivals – I had a couple of big festivals this year – and people are singing along – you can turn off the volume and you hear 60 000 people singing. That blows me away.

#mnetoday: What has been the most memorable day of your life?

DJ T: I think there would be a couple; there would not be one specific day. Most of those days would be where there was some success in music, of course.

DJ T: Definitely Spotify. I never use Apple music. I’m a big Apple fan but Spotify is the best. It’s so easy, it’s so simple. I remember last week when I was with a friend and we had coffee and we heard one song –  it was a super old hip-hop classic – and we heard it and I said, “Wow, this is amazing,” and then we just played ‘song radio’ and Spotify gave us a playlist within a second with 30 tracks super similar to that and I think I downloaded every single song because it was so good. So in Spotify you can really find new music which is amazing.

DJ T: Thank you very much.