I have created a popular culture brand

Gumball 3000 is best known for an annual 3000-mile (4800 km) international celebrity motor rally, which takes place on public roads. It was established in 1999 by Maximillion Cooper, with his vision to combine cars, music, fashion and entertainment. We had a chance to talk with Mr Gumball 3000 – Maximillion Cooper about the 20th-anniversary rally and why he decided to bring the rally to Montenegro again.

SV: It’s been 20 years since the first rally.  Did you see it becoming this big when you first started out?

MC: You know I can’t say I foresaw it becoming what it is now but I think I always had a vision and a plan to essentially create what I’ve created, a popular culture brand that combines the things that I’m into, cars, music, fashion, sport-  essentially gumball allows me to do a bit of all of that.

My background before starting Gumball 3000 combined several things that I’m still very passionate about sport in general, I love sports and played a lot of football but also did action sports, skateboarding and that culture was a big part of my teenage years. And then I studied fashion design from the standpoint of being interested in the street culture side of things. Over the years I’ve been fortunate enough to design for Adidas, Puma, and multiple sports brands as a result of what gumball has brought me but also because of my background in that fashion scene.

And the in the 1990s I got very lucky, I got asked to model for different brands and that gave me some money for the first time.  And, instead of doing something wise with that money, I used all of it to learn how to race cars. I spent 5 to 6 years in the 1990s as a race car driver, racing the lowest category of the racing sport and working my way up to racing for Porsche and McLaren in different championships. By the end of the1990s, I had a circle of friends that were rather seen in the car world, people that I had met in the car world, some very wealthy people, the team owners or the sponsors. Both the car world and the fashion world gave me a great deal of experience in travelling the world. Since the age of 18 or 19, and still today I’m on an aeroplane a couple of days a week. Having had that lifestyle as a driver and as a model for a while, I really enjoyed it and it allowed me to explore the world and essentially Gumball continues to allow me to explore the world.

When I started Gumball, I was drawing on the influences from the fashion world, from the racing cars and the sports world experiences.

SV: Last year was the 20th anniversary of Gumball 3000 and the rally took place in Japan.  Judging by your Instagram page there was a lot of excitement about that trip.  Is there anything special that stood out to you? 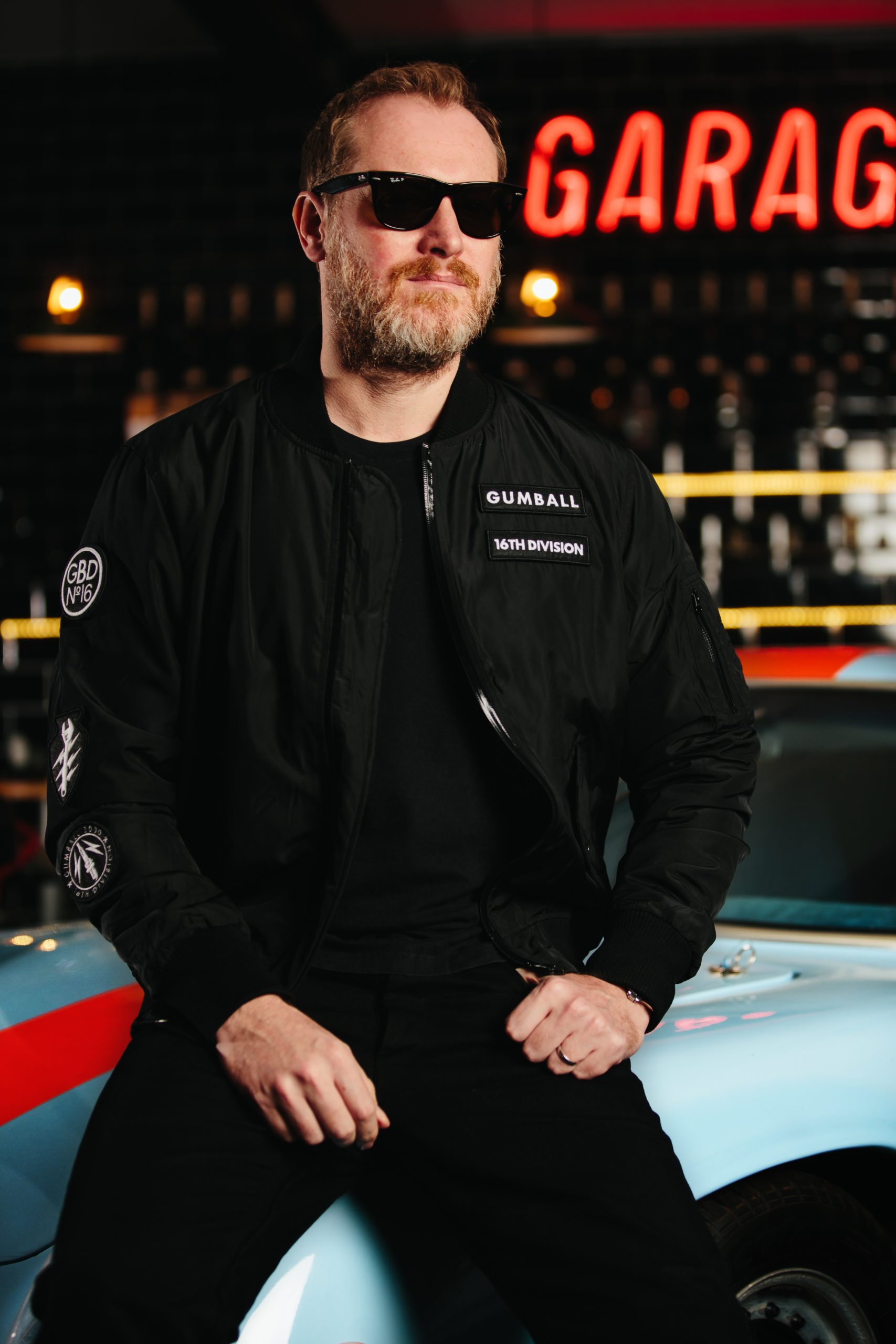 MC: I don’t know many people that have been to Japan and didn’t fall in love with it. It’s a beautiful country. It is a very different culture and “unwesternized” to a certain extent, even though they have brands that are recognised throughout the whole world. This is something that is really appealing to me about Japan. For several months or even a year, when I was planning this 20th-anniversary route, everyone was asking where it would take place.  The one place that I hadn’t taken the rally to at that point was Japan and I thought that just an idea of it starting in London and finishing in Tokyo sounded incredible and we had to make it happen.

SV: This year is the second time you are bringing Gumball to Montenegro.  What made you decide to return to Montenegro? Did something appeal to you 2017? What was it?

MC: I remember that when we came the last time, it was only for a lunch stop, a checkpoint on a drive from Dubrovnik to Tirana. Considering that it’s a large rally with between 300 and 400 people, I would have to say that at least 80% of the people, if not more, on that rally had never been to Montenegro before. And it was quite an amazing introduction for them. Obviously, the countryside, in general, is beautiful, the coastline and Porto Montenegro itself is an amazing unexpected little pocket of wealth, yachts and the jet set. And I think it was just unexpected. I remember that day when we were having lunch, people didn’t want to leave, they wanted to stay there. I thought that if we’re going to do another route through Europe where we could factor in Montenegro then we should make an overnight stop so that we can enjoy it a little bit more.  Hence, this year, we decided a route on the sailing coasts of Europe from Mykonos to finishing in Ibiza and Montenegro is perfectly located for the second day of the rally.

SV: Different people participate in every rally, like musicians, oligarchs, royalty, and businesspeople. Is there a connection between the participants and the types of cars that they drive?

MC: I think that if you’re in a financial position to choose what car to drive, then your choice in a car will probably reflect your style, character, and personality. Are you a guy that wants to drive a flashy yellow supercar or are you the guy that likes to be more discrete, or timeless with a classic car or American car? Absolutely, I think people’s characters are reflected in what they drive.

SV: What is your formula for planning the routes and choosing the countries for the rally?  What are the criteria you use to decide whether a place is suitable or not?

MC: Yes, there is definitely a formula to it now. But it’s a formula that would be hard for anyone to replicate because it takes a lot of risks. Going back to the early years of Gumball, I never had an ambition or even a desire to become a car rally organiser. I did the first one to bring together a very interesting group of people: my friends that were in all the different industries, essentially to give them the experience and to show them that I could do something.  These were heads of industries or famous celebrities or fashion designers or musicians, and I knew that if I could get them together for 5 or 6 days, I would be creating something interesting just because it was getting a powerful group of people together. When I did that first rally, we did a roadshow around Europe for 5 days and that was with famous people. That first rally was successful in a way because the British media covered it. We were covered by magazines like Esquire magazine. GQ did a big feature, MTV covered it and so on. I guess that it was the success of that one that gave birth to it becoming an annual event. I realised that getting this group of interesting and influential people together wasn’t easy. To have the ability to get them together once a year for several days is the unique quality that makes Gumball what it is and that was due to my background.  That became elevated over the years because Gumball itself has become a bucket list event for the people to do.  We have a network and the reach to an interesting, influential head of industries.  We’ve got that draw.  Gumball itself has become a vehicle to make me keep organizing a car rally, but I never intended to do that in the early stages.

SV: You said once that for many people one of their biggest goals is to participate in Gumball – it’s on their bucket list.  What is your biggest goal?

MC: I think that I’ve always had many ambitions and the drive to succeed at different things, but that they change over the years. When I was younger, I had goals and ambitions to do well at different sports and fortunately, I did achieve a lot of those goals. Then my ambition probably moved to Gumball after I finished racing cars, then it was to build the brand. But now I’ve got four children and that does slightly change your goals. There are still things I want to do myself, like going to space and I haven’t spent much time in the jungle. I haven’t done many things in the last two decades that people have on their bucket lists like climbing different mountains because I was so busy. That is on my agenda for the next few years. I want to do some of those things and share the experience with my children.