Zoran Živković: Film Festival in Montenegro – The only criterion is quality 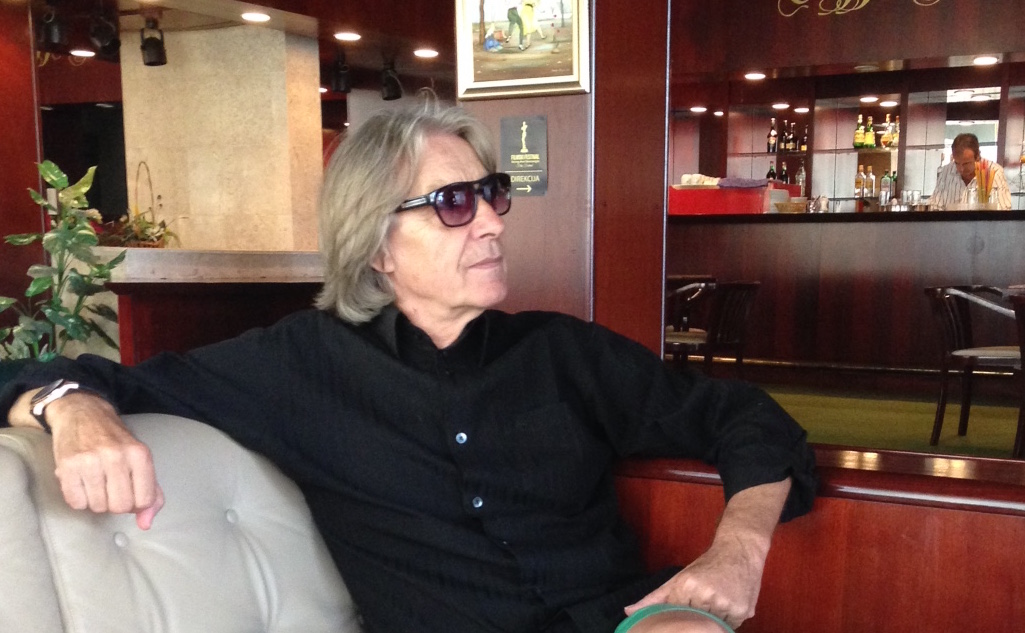 This is how Zoran Živković, the director of the Film Festival in Herceg Novi, described the beauty of the thirtieth festival, the beauty which lies in simplicity.

#mnetoday: Who is the festival audience and is there a greater interest from an international audience this year?

ZZ: There is a lot of interest this year. As you know, we had four selections: student, documentary, feature films and award winning films from all over the world.

Selections participating in the competition were presented in the upper part of the city at Kanli Kula Fortress. The winners from the world festivals from Cannes, Berlin, Venice… were presented below, at the Forte Mare Fortress, in the non-competition program, while student movies, which are part of the competition program, were shown in the atrium of Ivo Andric’s house. Thus, all the academies from Ljubljana to Skopje have student representatives who showed their movies, which were evaluated by the students. Then, a large selection of documentary films from all continents were also shown, forty films from each continent. Their presentation was organized next to the musical school, near the Church of St. Jerome.

#mnetoday: How do you choose the contestants for the festival?

ZZ: There is a selector for each category.

#mnetoday: What are the criteria for determining the winners?

ZZ: Well, the selectors choose the best movies of the year according to their personal opinion. The selection process is the same for all the categories, documentaries, feature films and student films. Each of the three selectors is autonomous and they use their discretionary power.

#mnetoday: So, there are no thematic or technical guidelines …?

ZZ: No, there are primarily aesthetic guidelines. The criteria represent the personal attitude of the selector. Just like in football, the coach chooses the best player. The selector has carte blanche as well as the right to choose the best participant.

#mnetoday: Jelena Mišeljić, producer of the movie “Biserna obala” (“Pearl coast”), says that they had a very limited budget during the shooting but they still managed to make an extraordinary film with amateurs and unprofessional actors. What is your vision of the future of the film industry in Montenegro in terms of financing, since that is one of the most important aspects necessary for making a quality movie?

ZZ: Our film industry is not rich in the financial aspect. Croatia, Bosnia and Slovenia also do not have a lot of financial resources. Since Montenegro is a small country, our resources for cinematography are therefore limited, but we allocate a certain amount of money, according to our possibilities, for feature films and so on. The Ministry has a precisely determined yearly budget which is intended for filmmaking. The panel decides which of the presented projects deserves to be financed, and that decision depends on their quality. The people who make movies may, independently, find some sponsors. However, the movies that participated in that domestic competition are made and they are given a possibility to cooperate with partners from the region, i.e. from the ex-Yugoslav countries.

#mnetoday: So what is your vision of the future of filmmaking in Montenegro?

ZZ: Well, I see that future as a fight. We hope that there will be more resources here, as well as better screenplays.

#mnetoday: What is your opinion about the new generation of young artists from Montenegro in the world of cinematography?

ZZ: They should be persistent and stop waiting, they should engage sponsors, their friends… They have a lot of potential, all they have to do is get going on the projects. That can be a great struggle.

#mnetoday: What are your impressions regarding this year’s edition of the festival compared to last year? What is new this year?

ZZ: The festival has made a big leap since the last year by the very fact that this is our anniversary and that we are presenting a lot of films, high-quality and premier films which cannot easily be found in the regular distribution.

#mnetoday: What are your plans for next year?

ZZ: You never know what the films are going to be like. The films over that particular year are shown at the Festival. Some years are good, while some are poor. There are years during which not one single good movie is made, but there are also years during which five good films are produced. That depends on the quality of production over the year. Luckily, the production was really good this year.

Winners of the 30th Film Festival in Herceg Novi

Besides these winning films, the jury also picked out some honorable mentions: ‘’Oj Krajino’’ from the director Saša Karanović (Academy of Arts, Banja Luka) and ‘’Lumpen’’from the director Nikola Vučinić (FDU Cetinje).

On the occasion of the 30th Year jubilee, the directorate have decided that this year they will give two more prizes. At the beginning of the festival, the ‘’Milan Žmukić’’ award was given to actor Mustafa Nadarević. The end of festival prize went to Ljubiša Samardžić.