Conducting is becoming the peace 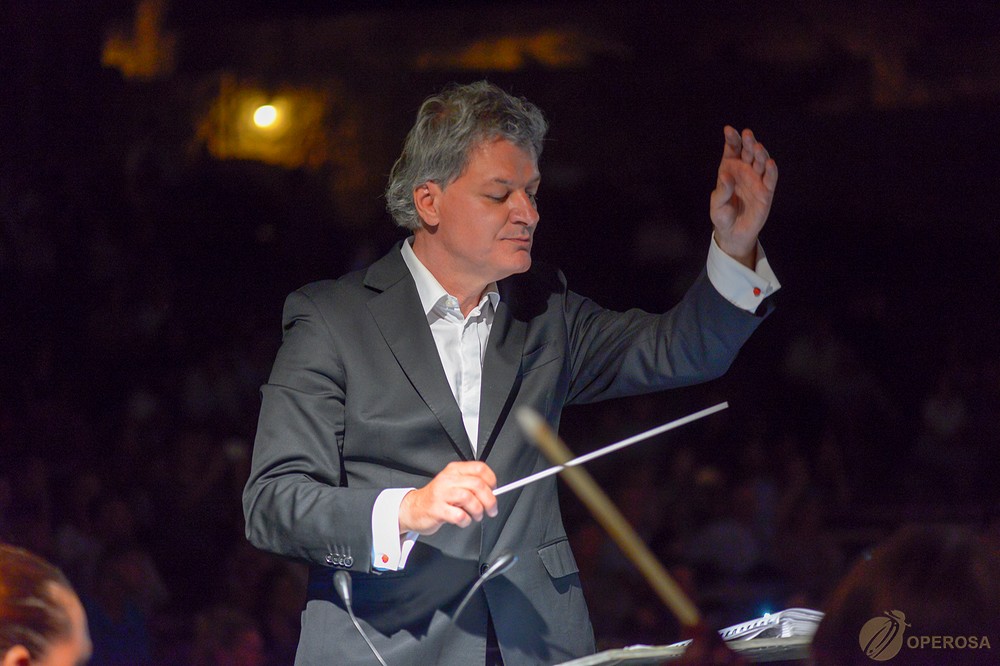 Eraldo Salmieri is a conductor that has performed all over the world. He’s been with Operosa from the very start and as a visionary has seen the significant progress in the levels and quality of the festival. Read the full interview below.

#mnetoday: How did you get into music?

ES: It was something very natural for us, in my family, because on my mothers’ side, going back many generations, there’s been musicians and composers so it was natural to have music at home and I always asked my mother not to tell me fairy tales in the evenings but to play some music and that was my stories. It came naturally.

#mnetoday: It is your 10th year with the Operosa Festival. If you look back to where you started, what are the biggest changes that you’ve noticed happening at the festival during those 10 years?

#mnetoday: You participated in many performances with an orchestra.  Are there performances or moments that stand out in your memory as being significant? Could you tell us what made those performances special to you?

ES: Most of them probably. What I remember with the most pleasure is when we created a feeling, myself and my colleagues, that we were starting at a point and going together and we could find a new place to arrive at.

#mnetoday: What do you find is the most challenging part of being a conductor?

ES: There are a few things that you have to combine. One is the responsibility towards the composer and you have to make choices that you hope the composer will like. The other thing is to transmit your ideas to the players.  Players are musicians, like yourself, and they all have their own vision of music but they have to accept yours; so if it’s convincing and they like to play it then you can work in the best way and that is actually the challenge. It’s respect for the score but also offering a version and an interpretation that people accept.

#mnetoday: Is there a piece of music that you’ve always wanted to conduct and have you had the opportunity yet?

ES: Yes, one of the pieces that I wanted to do and that I like very much is “The life of the hero” by Richard Strauss but when I had the chance to do it, despite always loving it, I refused to because I saw that I could not impersonate his character, his story. Conducting is not just technical about putting musicians together or playing together but it’s becoming the piece and if your life, not just your musical ability and technique, but your whole life is not ready for a subject or you don’t have enough experience in life matters, then you also cannot play some music.

#mnetoday: If you could meet any composer who ever lived who would it be?

ES: It’s probably Mozart and I think that we’ll meet. My idea is that after life we have a kind of time- machine and we can meet the people that we spent our entire life with who are dead.  If there are questions and there are answers then I think we’ll meet all of them and finally know what was right. Let’s hope that we didn’t make so many mistakes that some composer says, “Oh no, you’re here! That music you did was terrible.”  It might be better not to meet but I think it’s worth it to get the answers.

#mnetoday: What are you listening to in your car right now?

ES: I have a new system, it has very good sound but it’s dangerous. I try not to listen too much to music because its emotional and suddenly you’re driving too fast without realising it or too slow and it’s dangerous to do that in traffic. At the moment Wagner, Chopin and ancient Italian instrumental music which is a little more abstract and has good rhythm.