Brook Saward: I never connect to my phone when I’m travelling 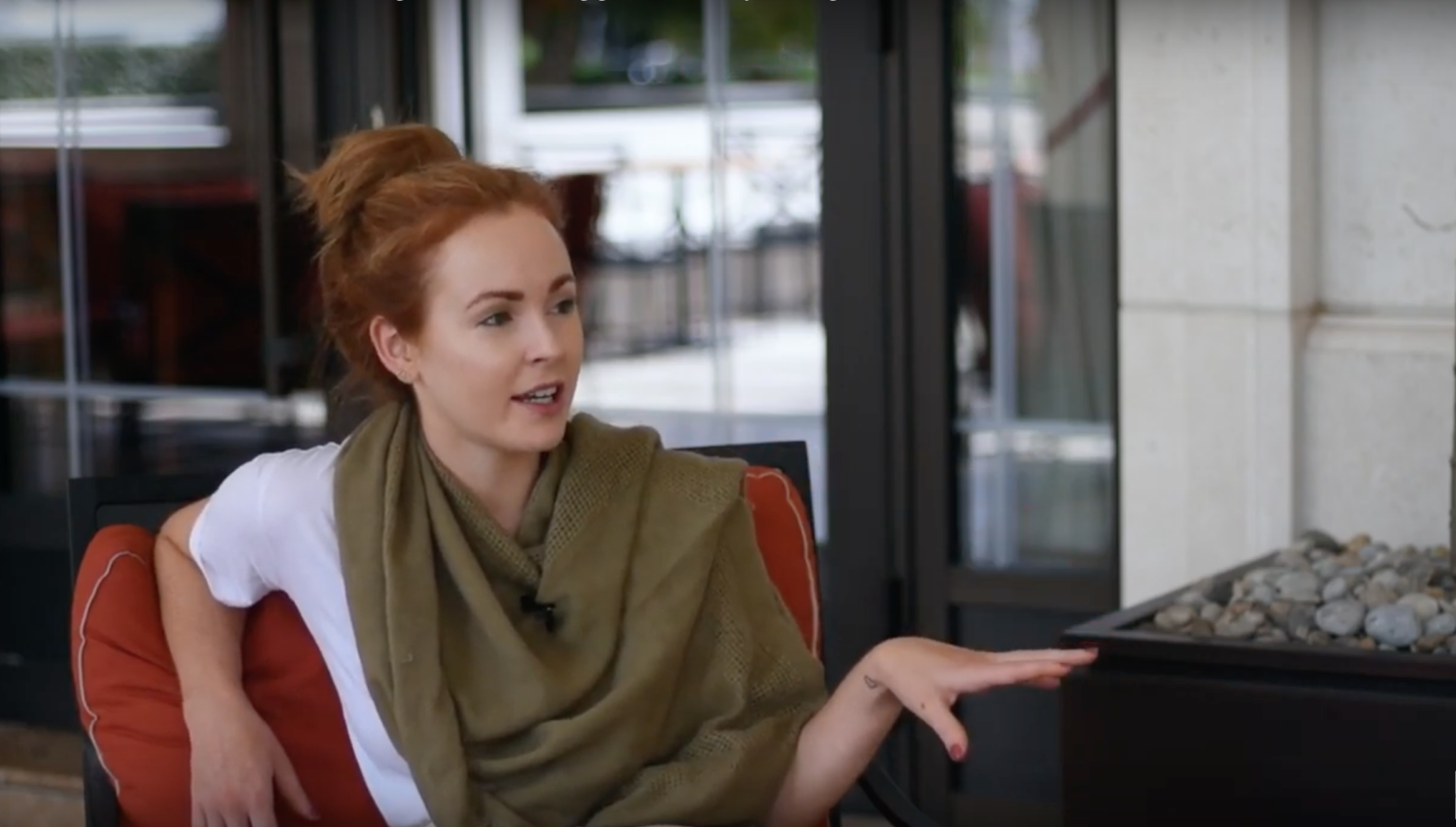 A founder and editor of one of the most popular travel blogs in the world – World of Wonderlust, which helped her build an online audience of more than 1.2 million fans, with more than 5 million unique visitors to her blog each year, Brooke Saward told #mnetoday about challenges and the beauty of being a full-time traveller, her relation to the internet and how to stay connected to your audience.

SV: Is it your first time to Montenegro?

BS: It’s very rare for me to find a new country that I want to travel to but, when I was approached about the conference, the one reason why I said yes was that it was in Montenegro.

BS: So far, I flew 30 hours from South Africa yesterday. When I got here actually, I passed out in the car. I woke up as we were driving past Sveti Stefan. That was a nice point to wake up when I go to see some of the coastlines while driving here. Got here a little bit later in the evening, had dinner, woke up this morning to this incredible view. So yeah, my experience so far has been limited, but I’m spending the next two weeks exploring.

SV: Since you are travelling a lot, what is the most important skill which you got from travelling?

BS: I think for me, probably people skills, like learning to speak to anyone. I first started travelling when I was 20 years old, so I was very nervous and shy, from a really small town in Tasmania in Australia. I think for me, probably, the best thing has been learning to speak to anyone and how to approach people, having conversations with people where English is not their first language, or they don’t speak it at all, just learning how to communicate with people through body language or small words that you can learn. Yeah, that’s been interesting.

SV: And that leads me to my next question. So, being a professional traveller, how do you say how many languages people should know when travelling the world?

BS: This is terrible, I hate admitting this, but I only know English. Being an Australian, it is super hard for me to learn languages because we are so isolated. At school, I learned German and French, but I can only speak a little bit to have a conversation when I’m in those countries. I think language is super overrated. I would love to learn other languages, but I don’t think they are necessary to travel. People are very friendly, welcoming, and happy to have those conversations that are, in fact, often broken.

SV: Whenever we are looking at your Instagram profile or Youtube channel, there is someone who helps you. How many people work with you?

BS: It’s really funny, cause I do most of it myself. I bring family members or friends travelling if I can on some trips, but I like doing a lot of it by myself, so I find a little joy in that. And then I also love meeting different photographers or other bloggers, Instagrammers in different cities, hanging out with them and getting to know them. Last week I was hiking in France with a South African photographer, and that was fun, he took some great photos. So, that’s a cool way to get to know people as well who also creative and want to go out and spend hours shooting the sunset.

SV: You are a creator. What do you think of as the most crucial thing in this process?

BS: For me, it’s probably just going with the flow. Even coming to Montenegro, I’m here at this hotel (Regent Porto Montenegro) until Tuesday and then I have a week and a half, and I’ve literally booked nothing. For me, when I book my travels, I go online, Pinterest, Instagram, and Google and see what is out there, and what I should explore. So for me being creative is about not being restricted and confined, but just taking it as it comes. I think that is the best way to meet locals and get advice on the best hikes. I’ve been speaking to some people about going to the North next week for some hiking. I like to not be stuck in the details, to be open-ended and see what happens.

SV: What do you think is going to be next in social media?

BS: I think we are heading towards an era of video and YouTube’s popular at the moment. I love creating content for YouTube, but it’s a lot of work. So I think if I were going to focus more time on that, I would need more of a team because there are so many hours that go into creating and editing and publishing videos. But I think what people connecting with more is people’s personalities, not necessarily the places they are or the brands that they are wearing. People want to know those things, but they are connecting with social media influencers because of their personality. Video is an excellent way for you to show your personality. So it will be interesting to see where that goes. I don’t have you heard about this new platform Tik Tok? That is becoming very popular, – short videos, – so I think maybe that’s where we are going now. For example, Vine came and left, who knows?

SV: You said once – Life should be an escape from one reality to another – what do you mean by that?

BS: I describe myself as a full-time escape artist. I love going to places that make you feel like you’re in another world or another time, another era. So I never want to be bored or feeling like my life is mediocre. I like to be moving to learn new skills constantly. Past few years, I have gone to Paris every year in April to learn how to make a different pastry. I like learning new thing and think that travel is the best way to educate yourself in different ways.

SV: What is your biggest challenge?

BS: Probably the hardest thing about travelling full time is maintaining relationships. I don’t feel like I have a typical sense of a community, where you got people around you that always around you. I miss that when I’m travelling. But that’s, probably, why I’ve built this online community because I’m always talking to people around the world. A lot of my best friends that I meet up with in different places are people, who have read my blog and we’ve just had online kind of friendship for years and then ended up hanging out when I’m in.

SV: What would be your home?

BS: My home is in Tasmania. I think it will always feel like home. I like travelling full time, and I want to live in different cities at different times of my life. But I grew up on the island of Tasmania, and it’s pretty beautiful. For me, it’s the most beautiful place in the world because it’s my home. I do have a house there, and my family is there. At the moment I’m away for four months, and then I’ll go back for a couple of weeks. I go back, whenever I can, but it’s hard because Australia is the farthest away from anything.

SV: What’s going to be your next destination?

SV: You do it yourself?

BS: I’m going with my boyfriend; he is a new edition, he is South African. That will be fun, and I think as well as in a situation when you’re in the middle of nowhere and cannot change a tire on a car (since I learned that recently), it will be like a safety net of being with someone else.

SV: If there is no internet, what would you do?

BS: I love it when there’s no internet. Recently on the same trip in Botswana, there was no internet for six days. It was the best feeling because you can’t connect, no internet, no cell service. I personally really enjoyed that. And I think it’s essential to have that state when you present with the person that is in front of you, people that are in front you, I like to take that in.

Another thing is I never connect to my phone when I’m travelling. So I only use Wi-Fi, which is usually the start of the day and then the end of the day. During my whole day, I’m present, where I am, and I find it really helps.

SV: What is the most important thing in communication with the audience which you have?

BS: I think just being realistic and not always glossing over. My life is being crazy that I get paid to travel, I feel very blessed, and I’m very fortunate to be doing this, but so many things go wrong, for example, when you’re tired being on the 40-hour flight journey, flights getting cancelled. This kind of stuff happens. And I think it’s important to show that as well because otherwise, it’s just not real.