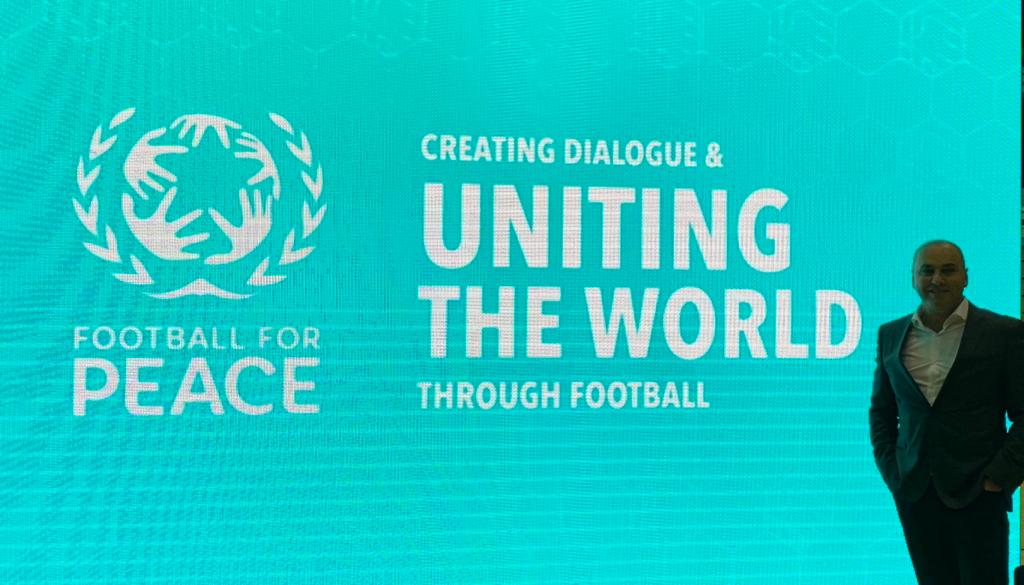 On our portal we talk not only about creativity but also acts of kindness and empathy. Today we would like to tell you about the football charity event, which was held last week in London, and initiated by two organizations, one of which has its representation in Montenegro.

Airways Aviation Academy has teamed up with sports charity ‘Football for Peace’ (FfP) Founders British Footballer Kashif Siddiqi and Chilean FIFA Legend Elia Figueroa, to support #FootballSavesLives campaign, aimed at training the next generation of young leaders in how to harness a shared passion for football to bring together their local communities.

The new #FootballSavesLives programme aims to train 500 Peace Leaders by 2020 by working in conjunction with local councils, football clubs and schools to train young people aged 15-18 in how to unite their communities on and off the pitch, from running local football tournaments to organising classroom workshops to discuss the issues currently dividing their communities.

Last week FfP launched #FootballSavesLives initiative, at a Peace Tournament, Copper Box Arena in London. HRH Prince William, The Duke of Cambridge participated in the event which honoured the Young Peace Leaders that have graduated from the City for Peace initiative this year from across the UK.

HRH Prince William attended a workshop on tolerance and team building, which was delivered by FfP tutors and attended by Young Peace Leaders. After, His Royal Highness met the charities Footballing Ambassadors and students who would all then take part in an activity which would break down a wall with footballs in a message against hate and violence to support the #FootballSavesLives campaign. 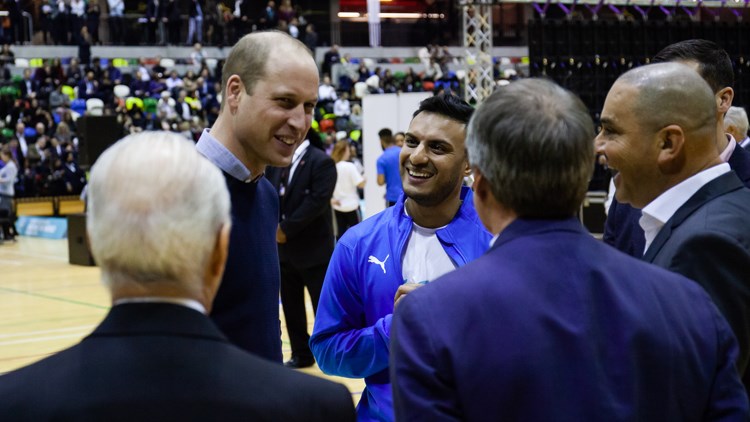 Prince William has praised the power of football to unite people – commending the ‘Football for Peace’ charity as it launched its #FootballSavesLives campaign, saying “Football is not just a game. It is part of the fabric of this nation.

Romy Hawatt, Founder of the Airways Aviation Group and also a Founding Member of the Global Sustainability Network ( GSN ) says that “business and governments alike carry a joint and several responsibility to help create safe, tolerant and sustainable societies for the benefit of present and future generations. Worthy initiatives like #FootballSavesLives that contribute towards the empowerment of our youth, the promotion of self-determination, the encouragement of a peaceful community dialogue and the seeking of common ground between us through initiatives like #FootballSavesLives has our commendation and complete support”.

“With the #FootballSavesLives campaign, we want to encourage all football lovers and peace defenders to support our pledge to train the next generation of Young Peace Leaders to create more peaceful and tolerant communities across the UK. These schools in normal instance, hardly mix let alone play on same teams, the country needs more integration activities”, says FfP co-founder Kashif Siddiqi.

Adding to this, Arsenal player Mesut Ozil said “I am proud to support an initiative which brings people together in the such divided times we are living in”.

An overview of the charity “Football for Peace”

Football for Peace is a grassroots football movement with diplomatic impact, championing the power of the beautiful game to bring people of different ethnic and cultural backgrounds together on the pitch, while fostering understanding and tolerance off it. Supported by international personalities including Ronaldinho and The Duke of Cambridge, Football for Peace organises Peace Matches, one-off football matches held annually around the world to raise awareness of football diplomacy and promote a message of equality and peace. FfP also provides football and leadership training for youth from different faiths, cultures and backgrounds through a local community programme, Cities for Peace. Futbol Por La Paz (Football for Peace) was established in 2006 by FIFA and Chilean legend Elias Figueroa and co-founded Internationally in 2013 by British South Asian International Footballer, Kashif Siddiqi. More information on .

The Global Sustainability Network (GSN) is a platform that brings leaders and innovators from each respective sector (Business, Government, Community, Media & Faith) to achieve Goal 8 of the United Nations Sustainable Development Goals (SDG’s). In a span of three years the GSN has over 900 global change makers from around the world. The GSN conducts four main events yearly located at the United Nations Head Quarters in New York, Lambeth Palace or House of Lords in London, The Vatican in Rome and Dubai, United Arab Emirates.