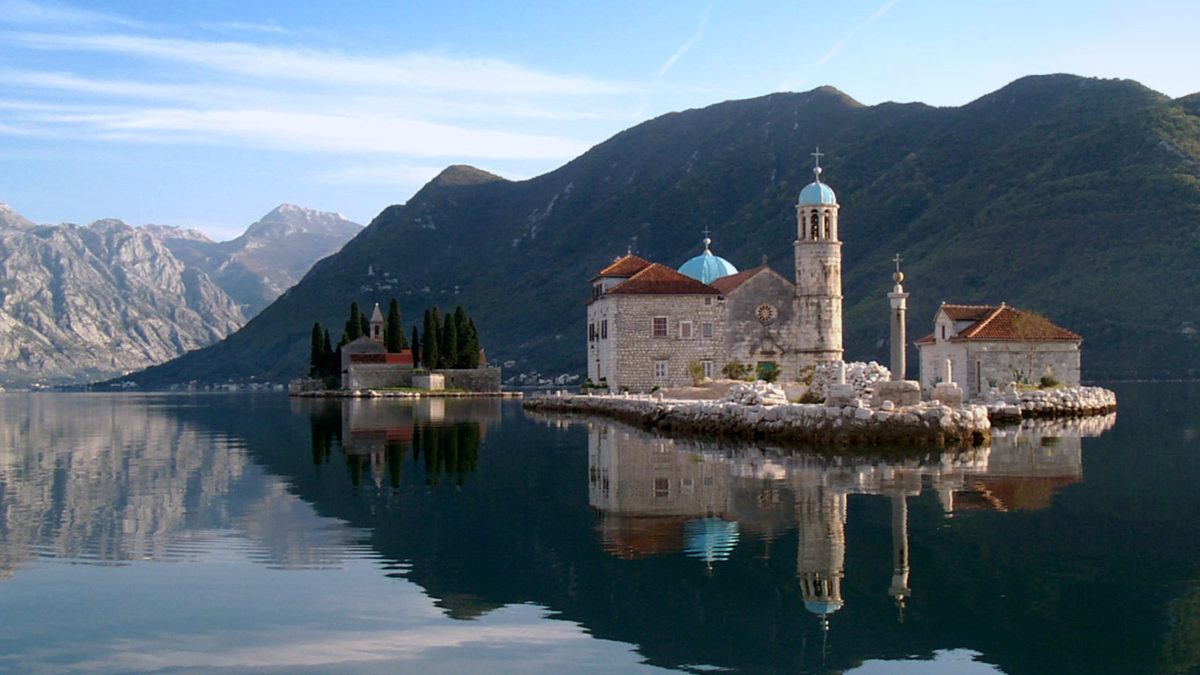 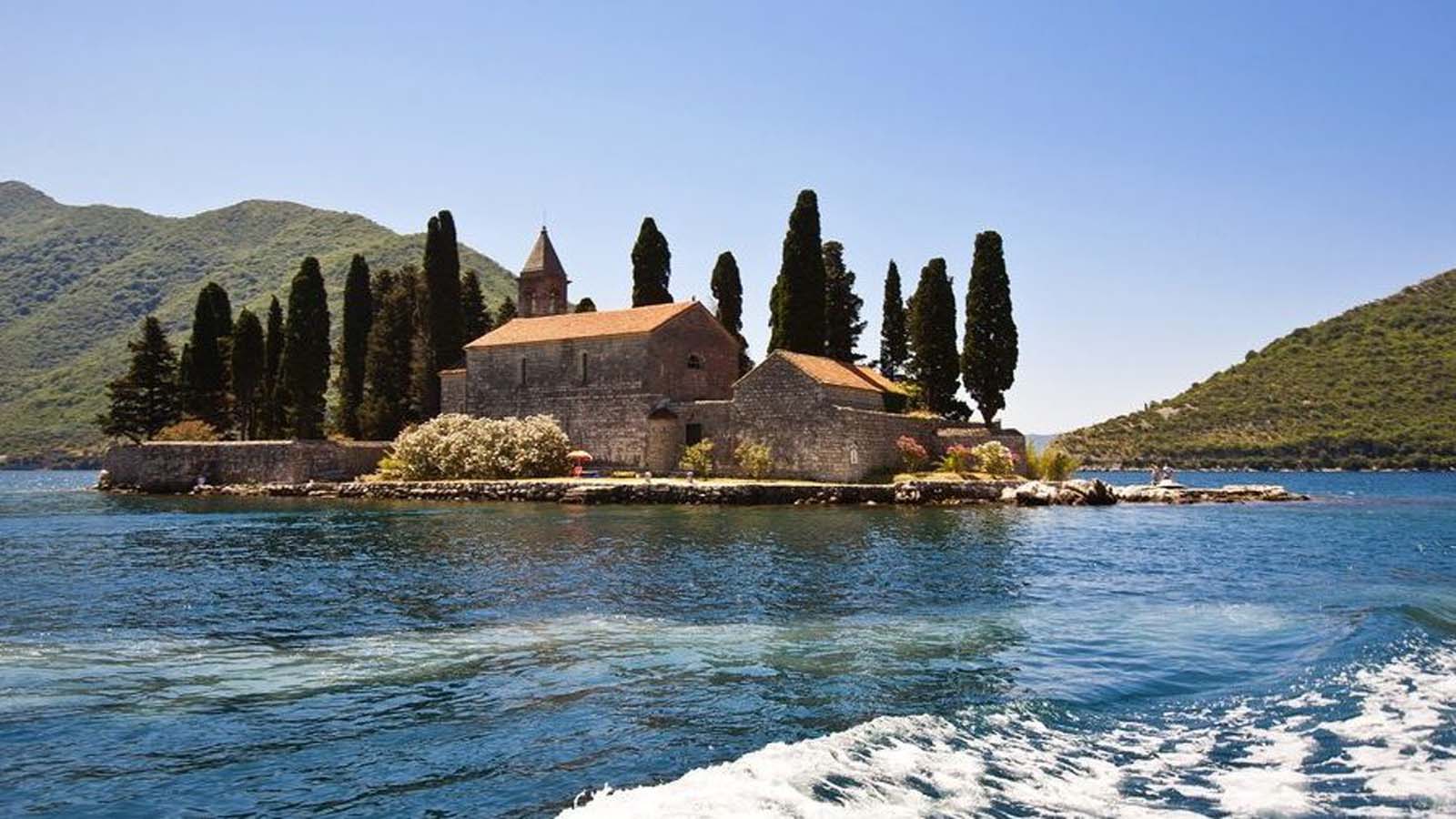 St. George Island is a small island in Boka Bay. It is named after the patron saint of Kotor, St. George. The closest city to it is Perast. During the 6th century an earthquake caused part of this land to disappear beneath the sea.

This island was never fully inhabited and there seems to have only been a Benedictine monastery there dating back to the 12th century. In later years it was used as a cemetery from where it got its name as the City of the Dead.
Despite being small, it was occupied during times of war and that has added to its legends and mysteries. It is even said that it was once cursed by the Pope and thereafter people were afraid to go there. The tales also say it was once barren until the Benedictine priests planted Cyprus trees there. Today the Cyprus trees and stone walls successfully guard its secrets and legends.

#2.The island of St. Nicholas 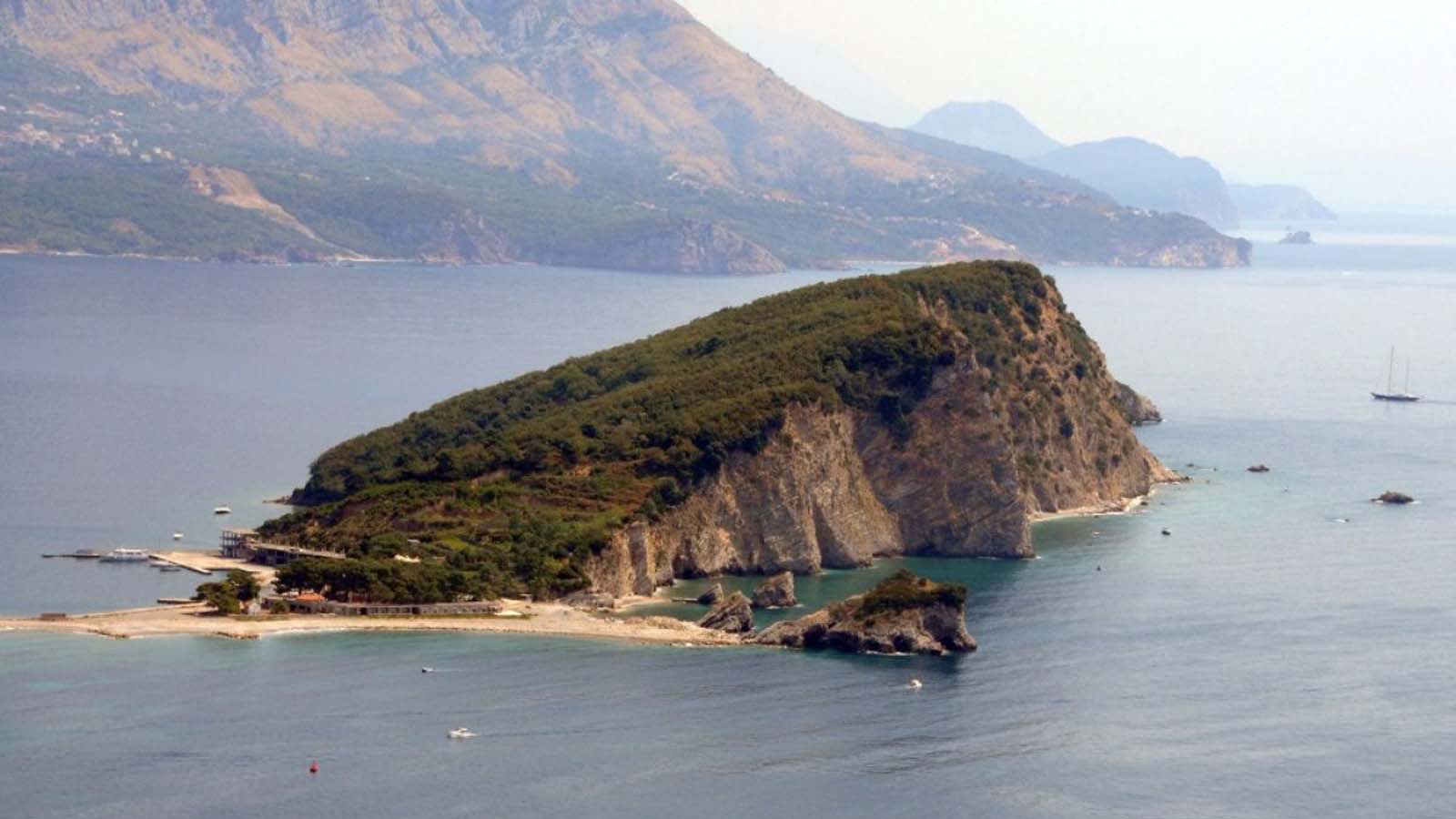 This is a small island that rises out of the water of the Adriatic Sea and is covered in masses of green vegetation. Since it is uninhabited there’s an abundance of birds and small animals. The denser forest areas are inhabited by mouflons (a type of wild sheep).
This island is used for hiking and viewing the ruins of the church of St. Nicholas although some sections may be fenced off or not accessible from the beaches.

Beneath the outcrop there are beaches, some of which can only be reached by boat. These beaches have pebbles rather than soft sand on them. They do have the necessary facilities although you might discover that everything costs twice as much there as in nearby Budva.
The entire island is only about 2km long and is about 1km away from Slovenska Beach in Budva. There is a way to walk there through the water when the tide is very low, but it isn’t necessary as there are a lot of boats and ferries to take you there and back. 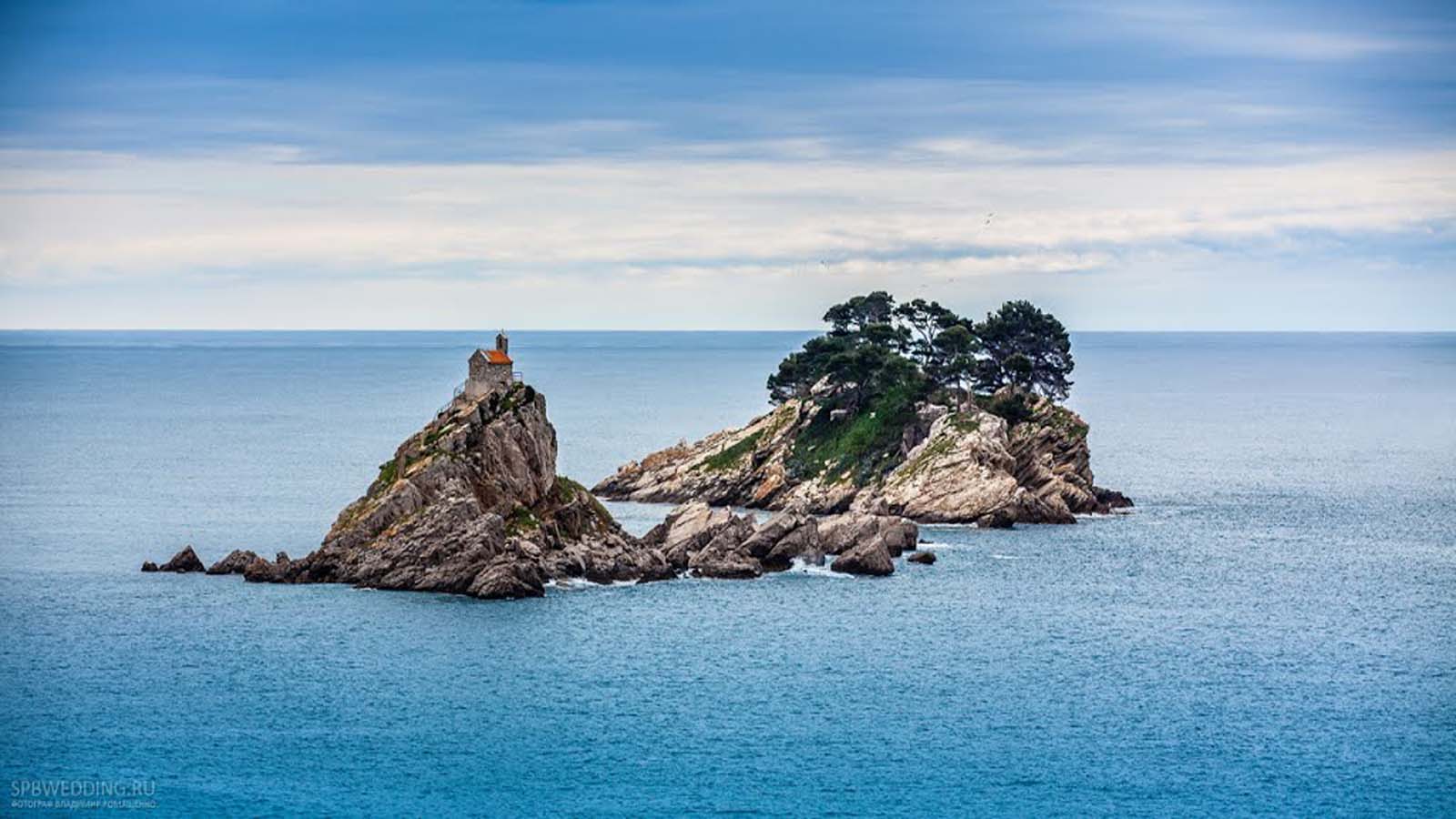 About a kilometer away from Petrovac are two small islands which look more like rocky outcrops that rise from the sea. The one is named St. Nedjelja (Holy Sunday) and on it is the ruins of a small chapel that a shipwrecked sailor built there out of gratitude for being alive.
The other outcrop, Katić Island, has a few pine trees on it and not much else. 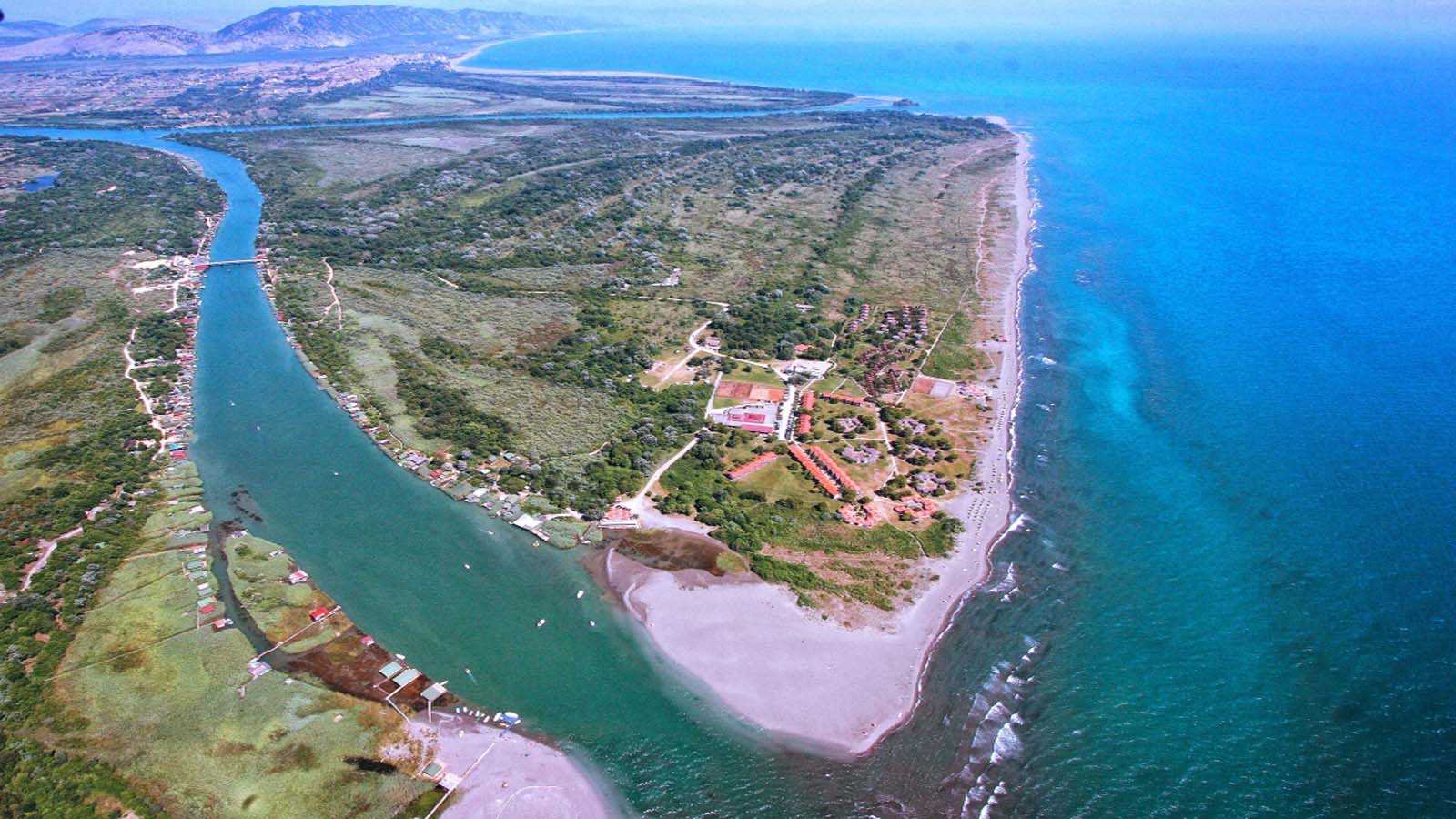 The Ada Bojana island is an island shaped like a triangle. It is on the Southern tip of Montenegro in the Ulcinj Municipality. It borders the Bojana river and also the Adriatic Sea. It has long sandy beaches that are very attractive to tourists, although this island is probably best known for its naturalist resorts.

Part of the island has also been declared a protected nature reserve and as a result it has an abundance of birds… and birdwatchers. There’s also fishing. The island is developing sports tourism and you can participate in sports like kitesurfing, windsurfing, horseback riding, tennis and beach volleyball. There are many schools and clubs that have opened up on the island where you can hire equipment or take classes. There are many seafood restaurants with top quality food and wine on offer. 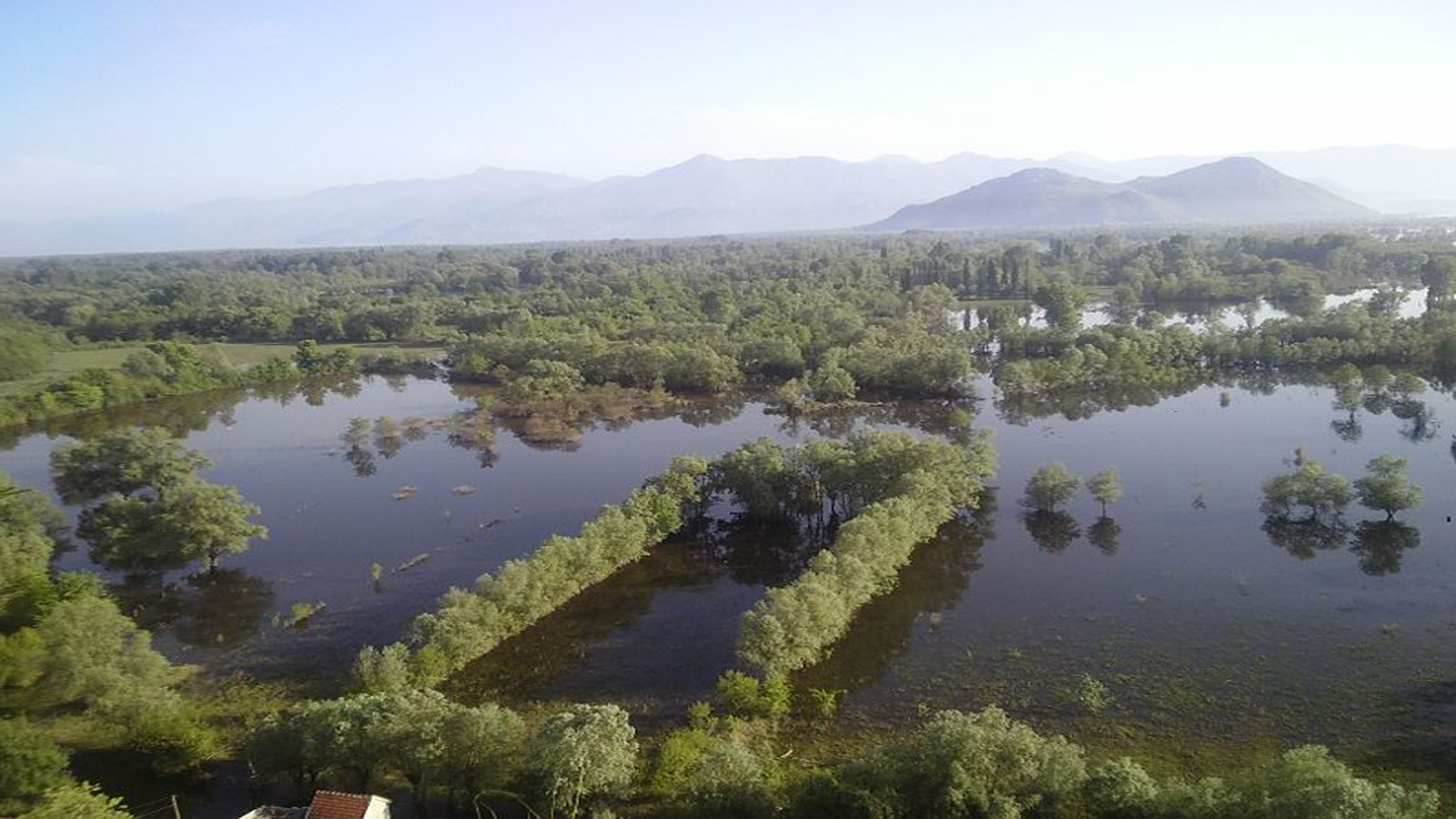 This island is in the North of Montenegro in the Skadar Lake. There is also a village named Vranjina on the island of Vranjina. This island is the highest island in Montenegro. You can reach this island by bridge from Podgorica or from Bar using the causeway.

There is a train station close to the village and busses also stop at the village. Here you will find the Vranjina Serbian Orthodox Monastery and at the top of the hill is the Church of St. Nicholas. The monastery was founded in 1233 and was turned into a fortress. It has been destroyed and rebuilt more than once. The current renovations started in 1998 and is still ongoing. Another landmark is the house of Oso Kuka that was built in the 1800s. The house belonged to a border guard who died defending the island.
Vranjina is a beautiful and natural island with an abundance of bird and fish.  As a result, fishing is a very popular pastime and there are many restaurants that specialize in fish dishes. 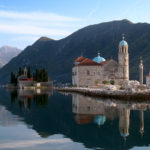